David Goffin was a break up in the first set but Novak Djokovic won 10 games in a row to take charge and never looked back. 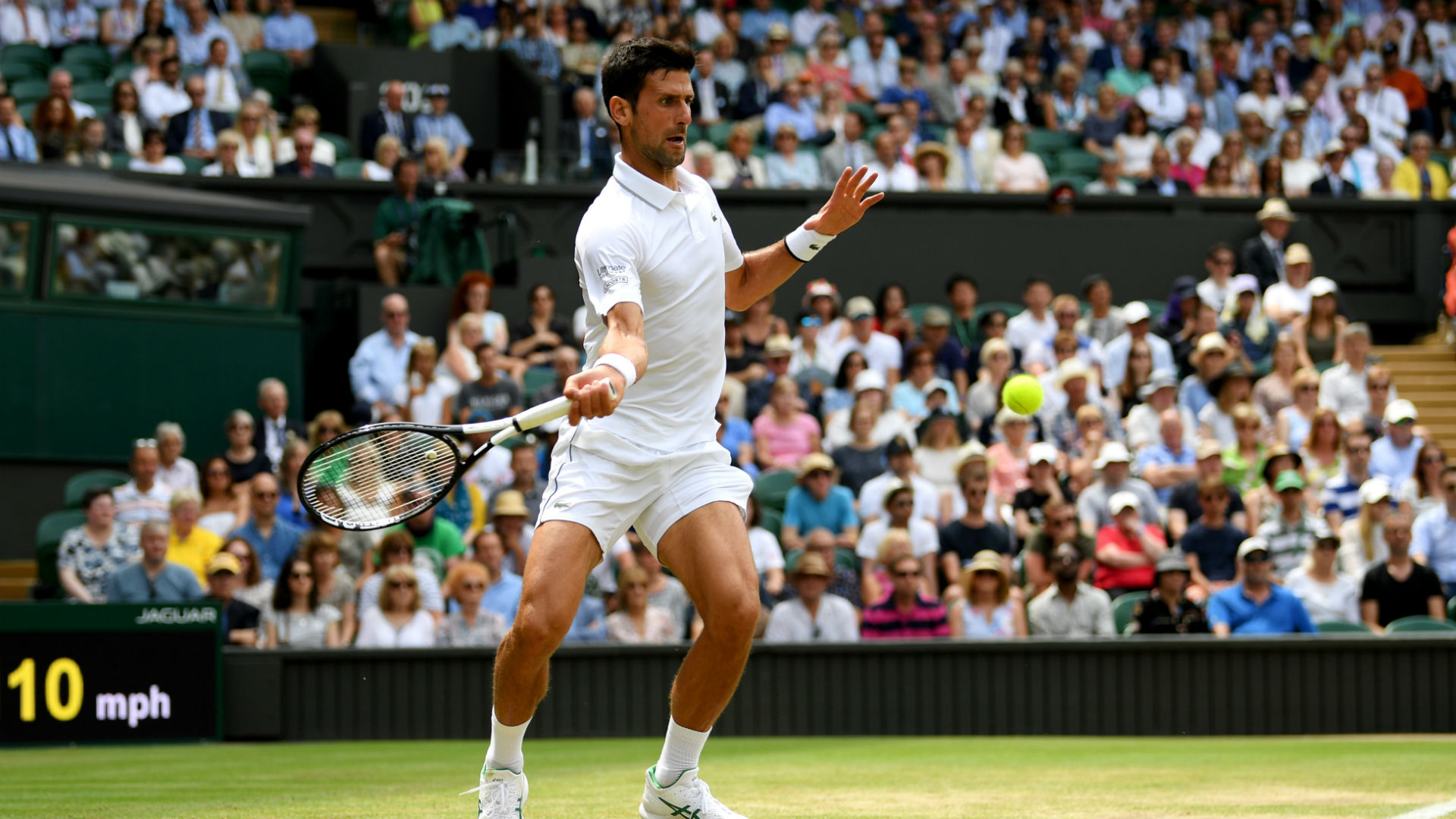 Defending champion Novak Djokovic took the wind out of David Goffin’s sails to cruise into a ninth Wimbledon semi-final.

It was not plain sailing for the top seed in the first set, but he came from a break down and went on to brush Goffin aside 6-4 6-0 6-2 on Centre Court.

Goffin had the better of much of an entertaining opening set before Djokovic sapped the life out of the fast-fading Belgian, who wilted in his first quarter-final at SW19 on Wednesday.

Djokovic, who made only 17 unforced errors and won 76 per cent of points behind his first serve, has only dropped one set en route to the last four as he eyes a 16th major title.

The world number one, beaten by Goffin for the first time when they last met in Monaco two years ago, will now face Roberto Bautista Agut or Guido Pella.

Will anyone be able to stop the defending champion?
@DjokerNole’s 70th win at #Wimbledon sees the Serbian reach his ninth semi-final at The Championships after beating David Goffin pic.twitter.com/qSIPNWUz6z

Djokovic fended off a couple of break points with stoic defence and a trusty serve as his 23-ranked opponent applied early pressure, bossing baseline rallies.

Goffin was lightning quick over the famous grass as the two served up some thrilling rallies and the underdog got a thumbs up from Djokovic following a majestic cross-court winner before breaking to lead 4-3.

The Serbian appeared to be troubled by his eyes as he sat in his chair but was seeing clearly when he broke straight back and won the set after Goffin fizzed a backhand wide.

The second set was a totally different story, Goffin fading fast after showing such promise, with an aggressive Djokovic sweeping him aside.

A sprightly Djokovic broke for a 2-0 lead with a volley at the net and continued to jump all over the Belgian’s tame serve, returning superbly and sealing a bagel with a textbook overhead.

Goffin halted a run of 10 consecutive games won by Djokovic to level at 1-1 in the third but gifted the four-time champion a break with a double fault.

Djokovic saved two break points before taking a 4-1 advantage and Goffin was put out of his misery when he flashed a backhand into the tramlines.