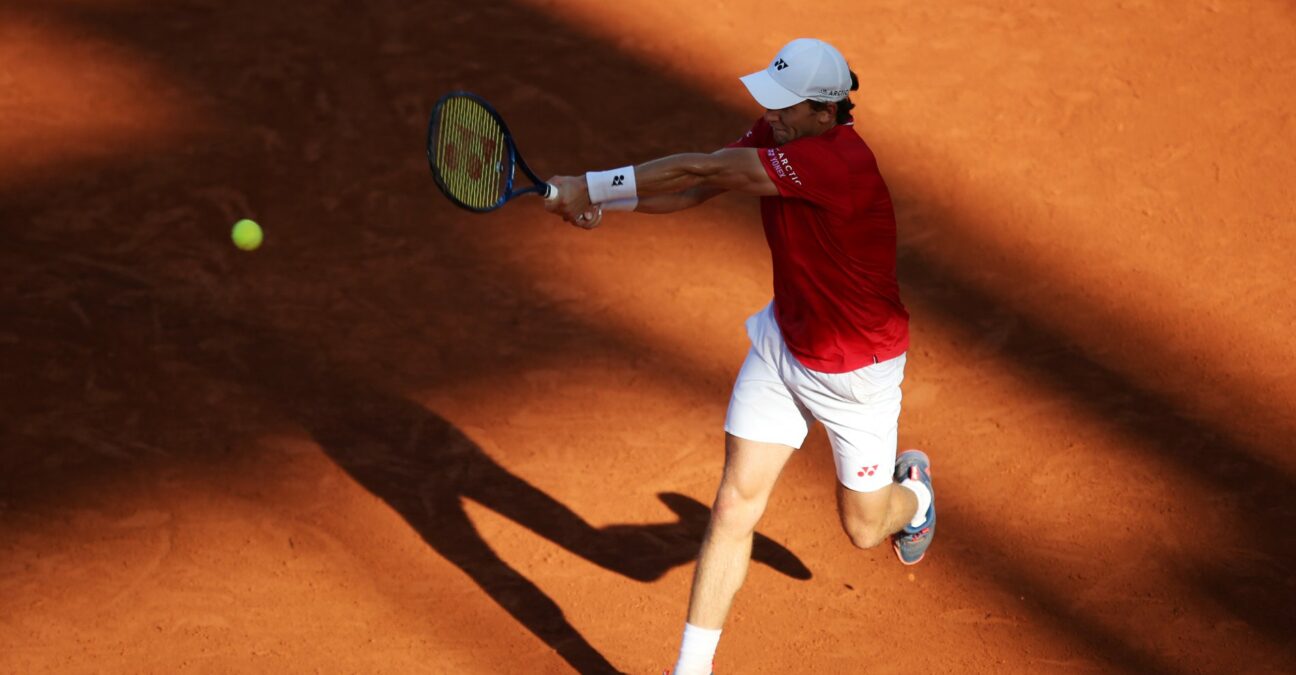 Casper Ruud put forth a mature and composed performance to knock off one of 2021’s hottest players on Thursday to book a spot in the Madrid Open quarter-finals on his debut. He will face Kazakhstan’s Alexander Bublik, who defeated Aslan Karatsev in the round of 16, next.

The 22-year-old Norwegian entered the match with a 0-4 record against the top five but he was able to control the baseline against the world No 5 and serve his way out of trouble when he needed to. Ruud, who never faced a break point, made 75 percent of his first serves and claimed 41 of 51 first serve points against Tsitsipas to take full advantage of the speedy conditions.

“It was great,” Ruud said of his serving performance, which featured four aces and one double fault. “I mean some big points, 30-all, deuce a couple of times, where I came up with some really good first serves and I think that was really important, because we know how good Stef is, when he’s playing the rally, he can hit winners from anywhere and he plays heavy.”

Ruud: My best win ever

Ruud improves to an impressive 56-28 for his career on clay with his victory, but he calls today’s win his top.

“It was by far my best win ever on the tour and my biggest match win ever, and I’m super happy that it came here in Madrid, in a big match like this, it was an important match and against such a good player like Stef you need to be on top of your game,” he said, adding: “Here the points can go a bit quicker than usual, so I was prepared to serve well and try as good as I can in the returns and I was able to get one break towards the end, and that was luckily enough to seal it.”

Ruud vs the Top 5

Ruud says that defeating Tsitsipas, the 2021 Monte-Carlo champion and the current leader in the ATP’s Race to Turin, will be a big boost going forward.

“Definitely a win like today gives you confidence,” he said. “Stefanos is the number one player on the Race to Turin this year, so it shows that he has been one of the top players for the year, to beat him here in Madrid is a very nice feeling and I can use the confidence for tomorrow, but it will be a completely different match. Bublik plays a lot of tricky shots, he rips his serves and I’ll have to be ready for everything.”