Fifteen years on from her remarkable triumph at Wimbledon as a teenager, Maria Sharapova made a painful early exit on Tuesday. 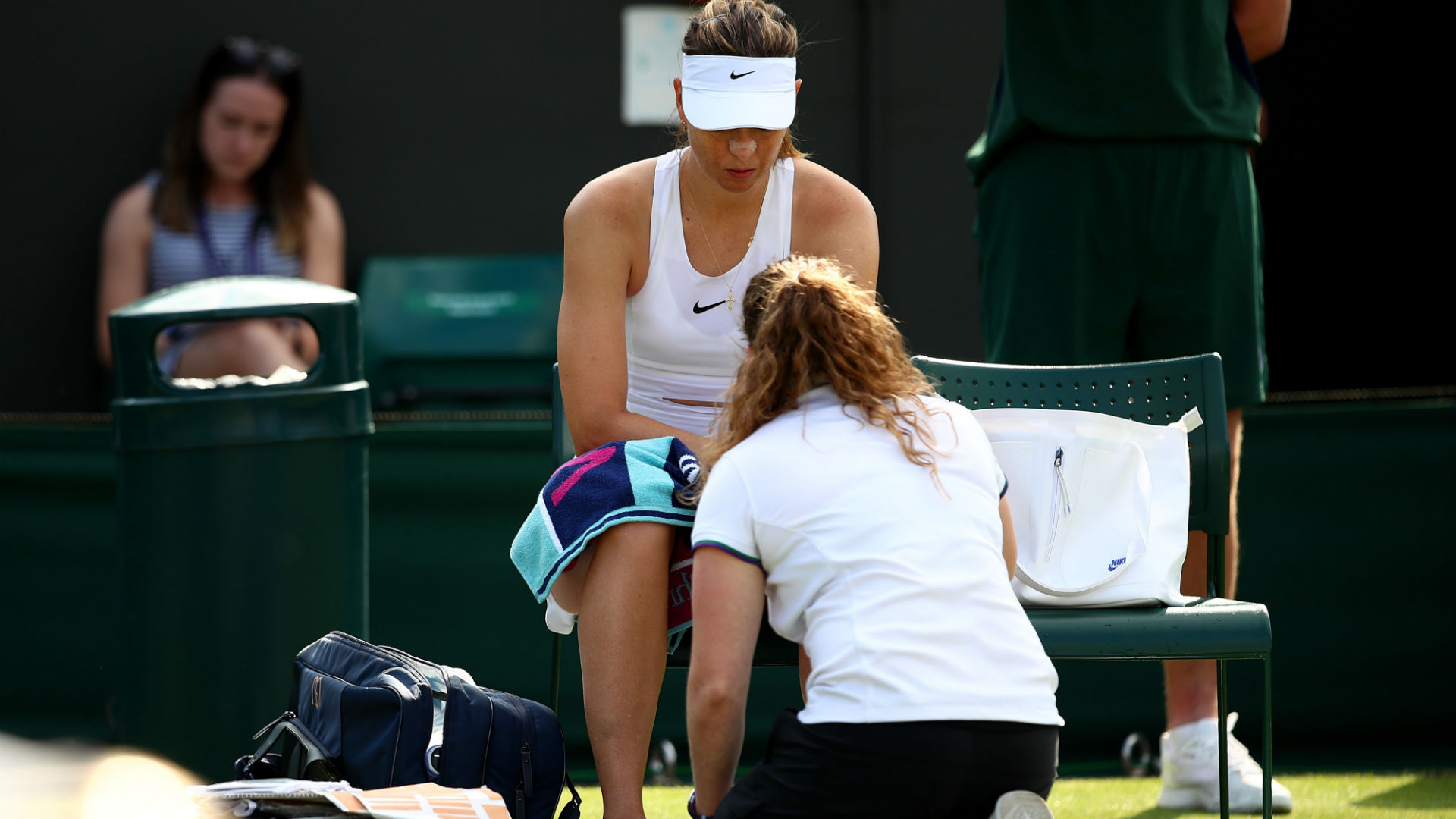 Maria Sharapova cited a recurrence of a tendon injury in her left forearm after withdrawing from her opening-round match at Wimbledon while trailing 5-0 to Pauline Parmentier in the third set.

Sharapova, who only recently returned from shoulder surgery, fought back from a set down against Parmentier on Tuesday but proved uncompetitive in the decider.

Explaining her withdrawal in a subsequent news conference, the 2004 Wimbledon champion said: “I’ve had a history of a tendon in my left forearm flaring up. It happened today in the second set.

“It’s very rare that I withdraw from a match in the middle of the match. That certainly means that it’s painful, yeah.”

“Next time I come here, I want to feel great. I want to do what I’m meant to be doing at the level I believe I can.”

Asked when she plans to return to action, the Russian replied: “I don’t know yet. It’s kind of a tricky injury. I’ve had this before.

“I haven’t really gotten a really good clarification from anyone that I’ve seen on what really causes it.”