Jannik Sinner upsets Stefanos Tsitsipas in round two of the Rome Masters on Wednesday afternoon. Sinner awaits either Grigor Dimitrov or Yoshihito Nishioka.

The only previous meeting between Stefanos Tsitsipas and Jannik Sinner had come in the exact same round of the exact same tournament only one year ago.

Proving his evolution on the pro tour, Sinner made sure that things were very much different this time around at the Internazionali BNL d’Italia. The Italian, who lost to Tsitsipas 6-3, 6-2 last spring, turned the tables with a 6-1, 6-7(9), 6-2 upset in the last 32 of this Masters 1000 event. Sinner recovered after squandering a 5-2 lead in the second set and ended up prevailing in two hours and 13 minutes.

“Obviously he’s a very experienced guy already on the ATP Tour,” the world No 81 said of Tsitsipas. “I played last year against him in Rome; this year the same. I just tried to play my game; move better than I did in the first round, which I did today.”

Sinner played so well in the early going that he should have finished this match in easy straight sets. He led 6-1, 4-1 and eventually served for the match at 5-3 in the second. The youngster’s first double-fault of the entire afternoon proved costly and Tsitsipas broke to stay alive. Three service holds thereafter led to a tiebreaker, in which the sixth-ranked Greek saved three match points. 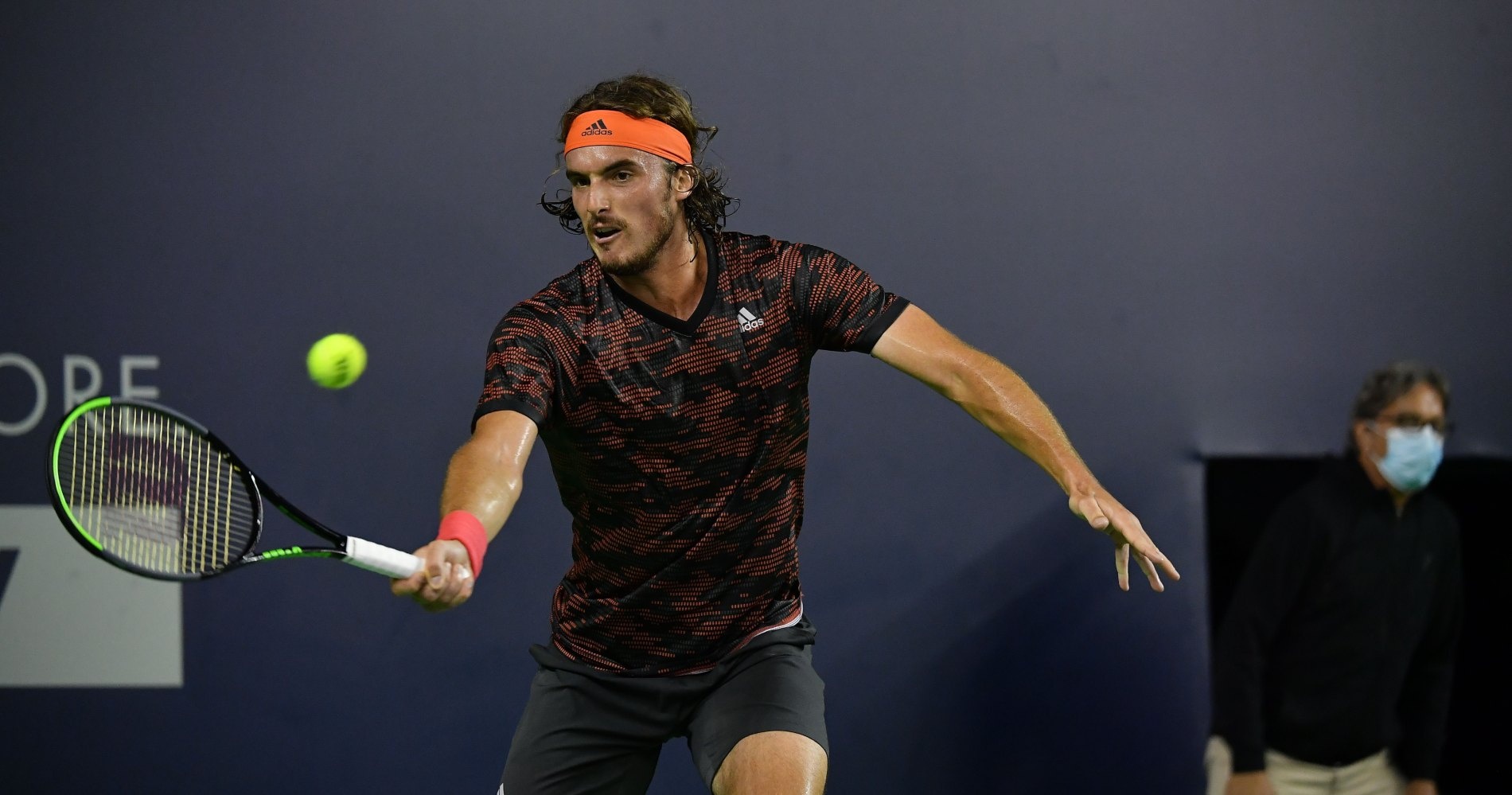 “In the beginning I was feeling great,” Sinner reflected. “I knew for him it was the first match on clay, so it’s never easy. When I was serving for the match I made one double-fault, and then in the tiebreak it can go both ways. I tried to start strong in the third set, which I did.”

“Strong” might even be an understatement. The 19-year-old showed impressive mental strength to rebound from the second-set disappointment, breaking serve for 1-0 and again for 3-0 on his way to a commanding 4-0 lead. This time Sinner would not take his foot off the gas pedal, as two love service holds at 4-1 and 5-2 wrapped up the proceedings in style.

Next up for the crowd favorite — except there is no crowd, of course — is either Grigor Dimitrov or Yoshihito Nishioka.

“Every match is different; every match is a tough,” Sinner assured. “Maybe the next match is going to be the toughest, because they’ve played two matches like me. Both players are going to be confident.” 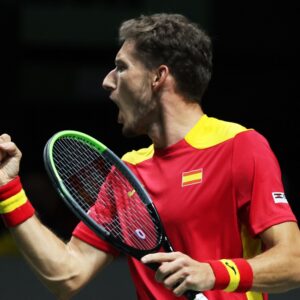 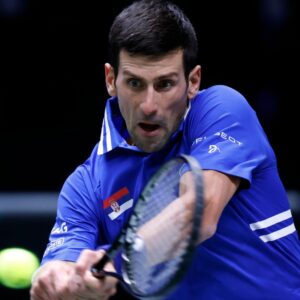 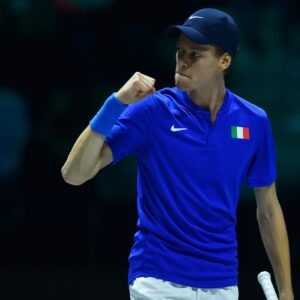 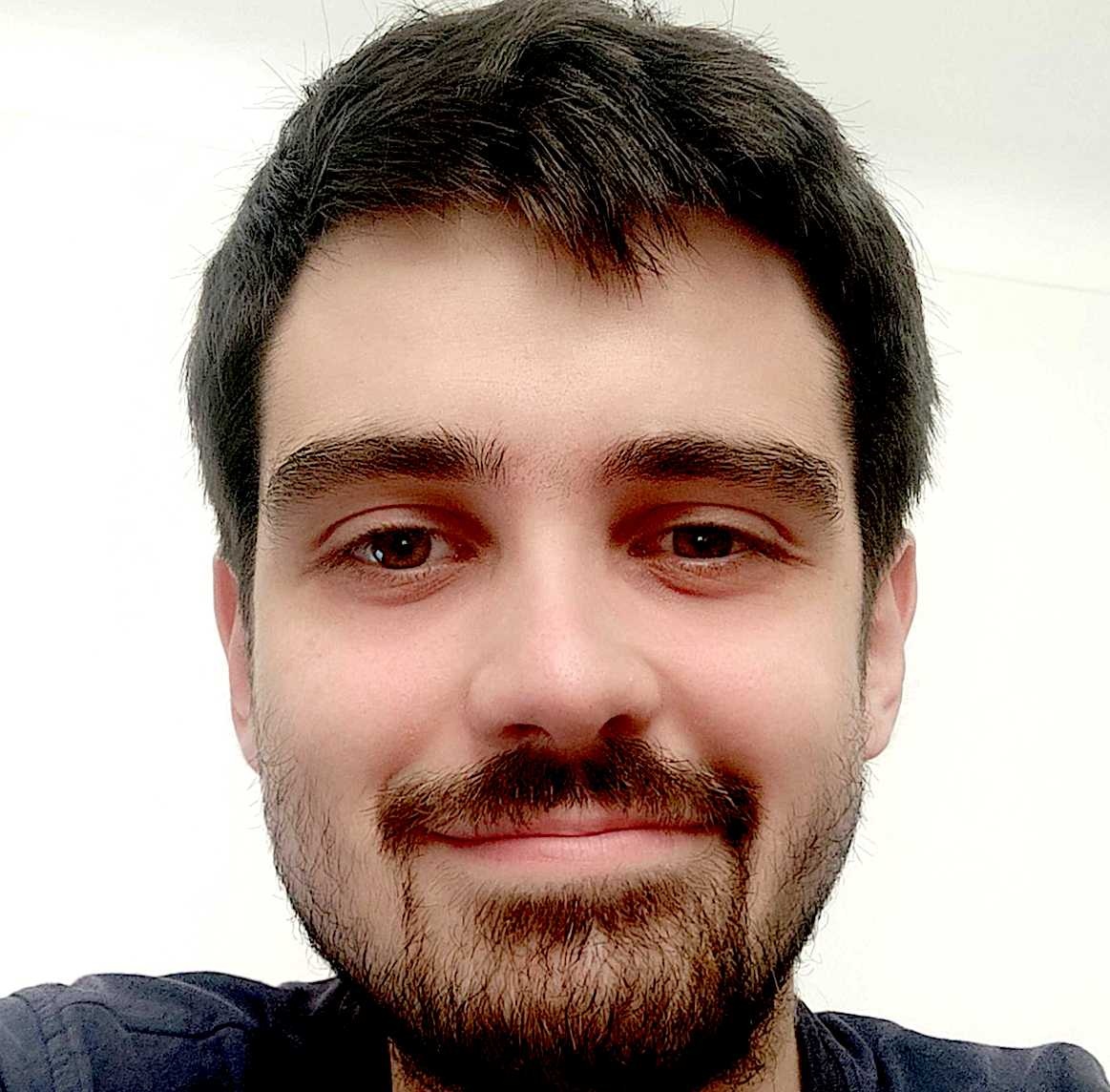 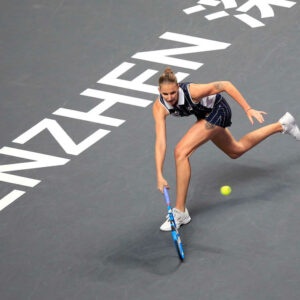 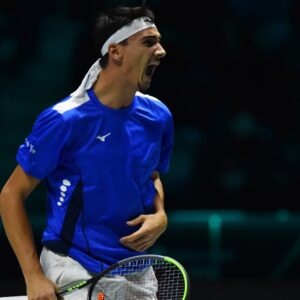