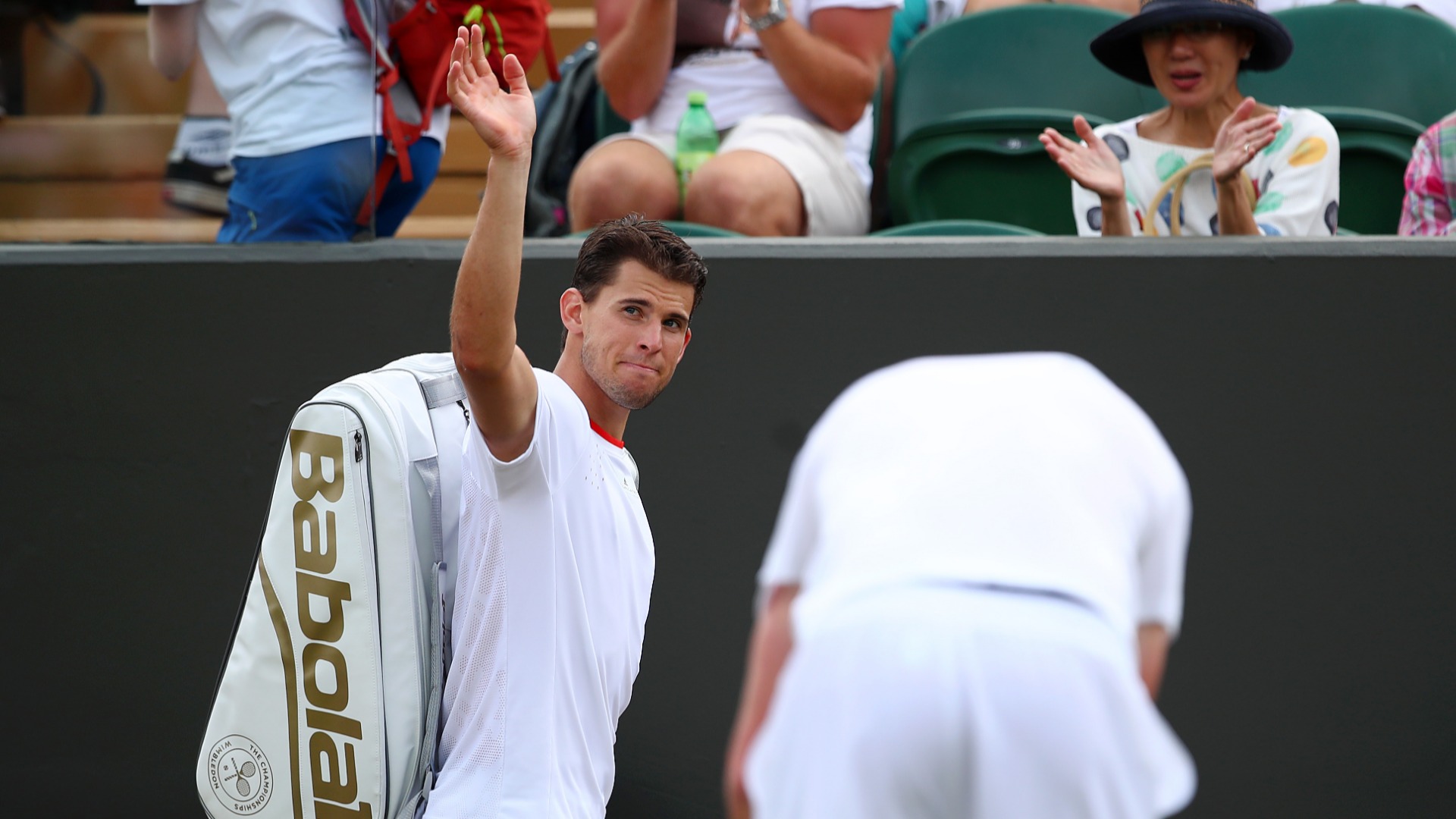 French Open finalist Dominic Thiem was humbled as he crashed out of Wimbledon at the first hurdle against Sam Querrey.

The fifth seed also departed Wimbledon in the first round 12 months ago and has just a sole ATP Tour title on grass: the Stuttgart Open in 2016.

Querrey was beaten by countryman Taylor Fritz in the Nature Valley International final last week but bounced back to defeat Thiem on Court No.2.

The American will play Cristian Garin or Andrey Rublev next, while Thiem follows Alexander Zverev and Stefanos Tsitsipas as the third top-10 player to be eliminated.

Another big name is out at #Wimbledon!