Wimbledon champion Simona Halep suffered a second-round exit at the US Open as she fell victim to an incredible Taylor Townsend comeback. 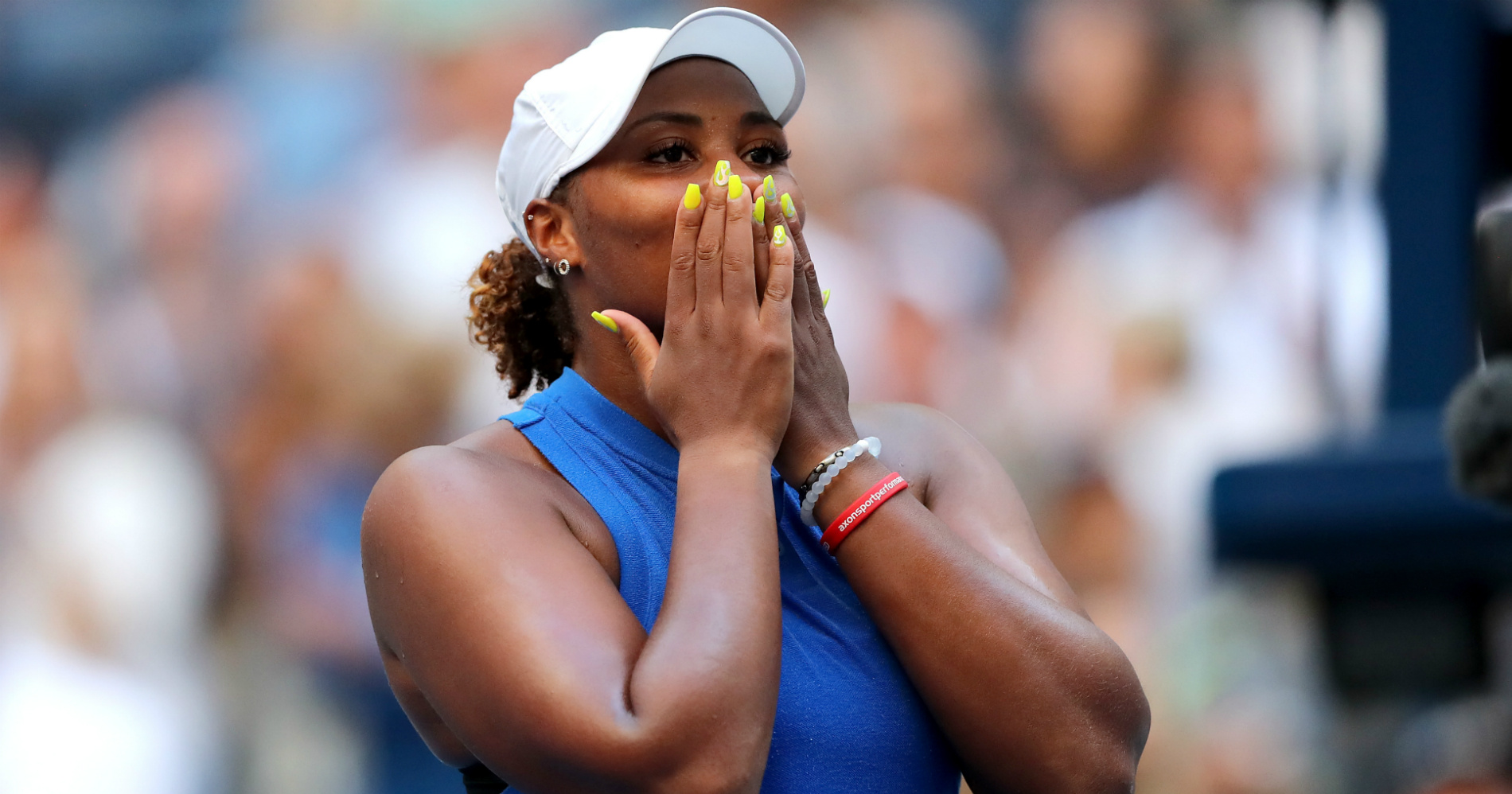 Taylor Townsend pulled off the biggest shock of the US Open as she came from a set down to stun fourth seed Simona Halep in the second round.

Wimbledon champion Halep was expected to have few problems against the qualifier and world number 116, but was on the end of a remarkable comeback as Townsend prevailed 2-6 6-3 7-6 (7-4) on Thursday.

Halep took the first set in dominant fashion, but Townsend found inspiration in the second set and brought the Arthur Ashe crowd to life in New York.

The former girls number one demonstrated outstanding reflexes at the net and took the contest to Halep as she set up a decider.

Townsend has to this point been unable to deliver on the potential she displayed as a junior, but she continued on the attack and punished the Halep second serve, breaking to love in game five.

Having only once previously reached the third round of a grand slam, any nerves on Townsend’s part would have been understandable.

They promptly showed up as she let two match points go begging when serving for the match as Halep found her best tennis in the closing moments.

However, Halep wasted a match point of her own, setting up a frenetic tie-break that was settled when the Romanian fired into the net to an eruption from the home crowd as an emotional Townsend raised her arms and celebrated the biggest win of her career.