Novak Djokovic and Roger Federer have history. As they prepare for the Wimbledon final, we look at their previous grand slam deciders. 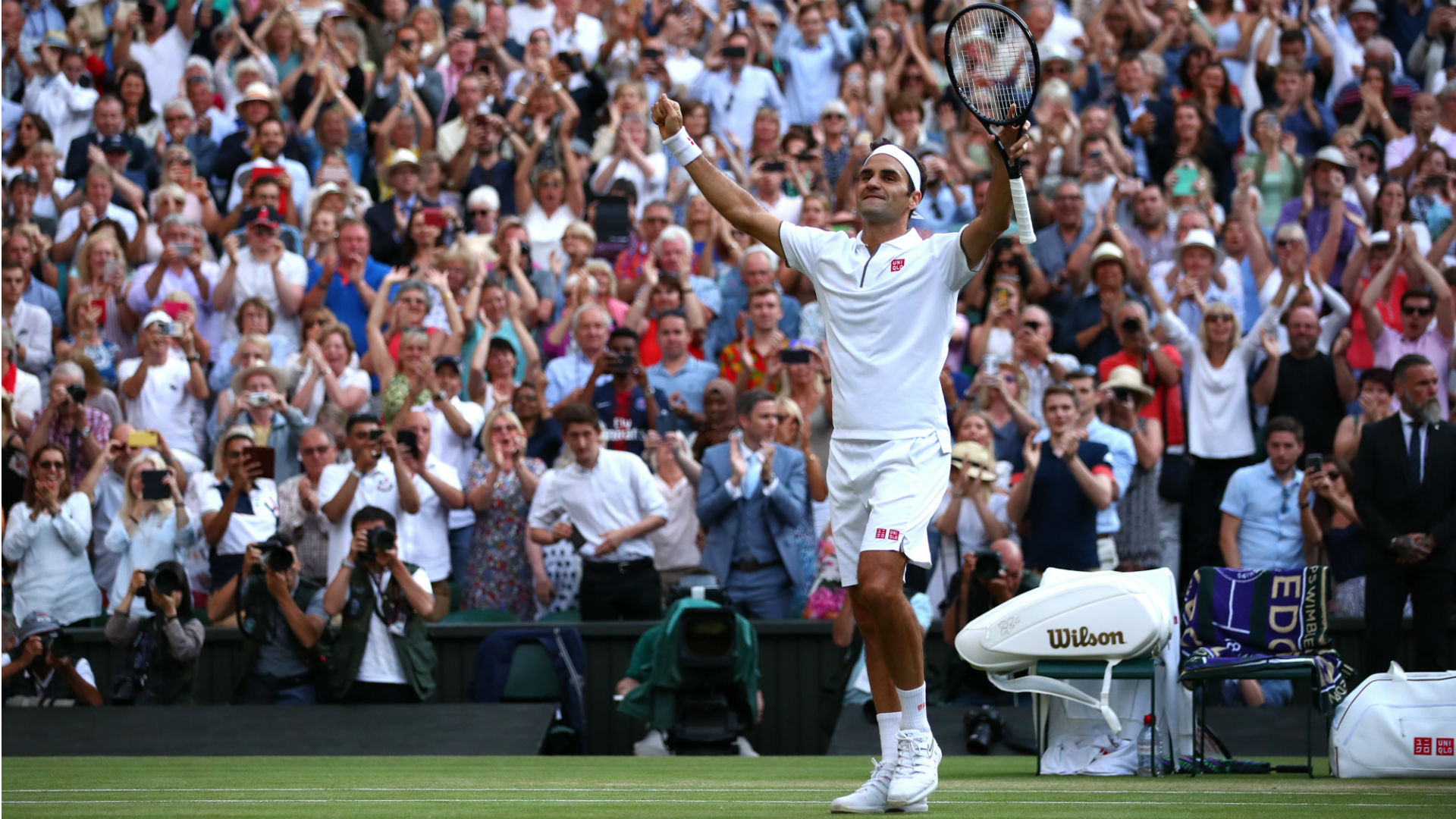 The rivalry between Novak Djokovic and Roger Federer continues on Sunday as the defending Wimbledon champion takes on the eight-time All England Club winner in the 2019 final.

A 48th career meeting will represent the 16th grand-slam clash between the modern-day greats, with this the fifth to decide a major title.

Of the four previous grand slam finals between the pair, two have come at Wimbledon and Djokovic has won them both.

As Federer seeks revenge in SW19, potentially setting up another classic, we take a look at those four past mammoth matches.

What a final we have in store…#Wimbledon | @rogerfederer | @DjokerNole pic.twitter.com/YKNz0h3ACw

Djokovic’s first major final appearance was incredibly Federer’s 10th in a row – and that experience ultimately told for the Swiss star. Djokovic, then just 20, led by a break in all three sets but could not get the job done, squandering set points in the first two before tiring. A fourth consecutive Flushing Meadows success was Federer’s reward for a 7-6 (7-4) 7-6 (7-2) 6-4 victory.

“I think straight sets was a bit brutal for Novak, to be honest,” Federer said. “He deserved better than that. He’s had a fantastic run, not only this tournament but the entire year. I told him at the net ‘keep it up’. We’re going to have many more battles I think.” He was not wrong.

If Sunday’s clash is anything like this one, we are in for a treat. Djokovic got his first major final win over Federer in thrilling fashion at the All England Club, triumphing 6-7 (7-9) 6-4 7-6 (7-4) 5-7 6-4 despite letting championship point slip in the fourth and facing break points in the decider. It ended a run of three consecutive grand slam final reverses for Djokovic.

Boris Becker, Djokovic’s coach, explained: “We were all dying out there, keeping it cool from the outside, but burning up inside. He had that match point, he served for the fourth set, but Roger wouldn’t be Roger if he wouldn’t always find another shot.”

N. Djokovic is scribed once again on the #Wimbledon trophy pic.twitter.com/frH6rRvGVK

Federer had been bidding to claim a record eighth Wimbledon title and become the tournament’s oldest champion in 2014. He had another chance 12 months later but again found Djokovic in his path. It had appeared as though the Swiss would at least push the defending champion all the way when he won the second set tie-break 12-10, yet Djokovic proved too strong in the third and fourth.

Federer would eventually get his historic success in 2017, reflecting after that win: “I had some tough ones, losing to Novak. I kept on believing and dreaming and here I am today with the eighth.”

Although Federer did go on to get that precious eighth Wimbledon win, he had to endure another major loss to Djokovic first in the immediate aftermath of the 2015 All England Club defeat. The second part of an ultimate ‘Novak Slam’ came at Flushing Meadows, where the start was delayed by three hours due to rain but Djokovic kept his nerve in another epic, saving 19 of 23 break points.

Djokovic beat Federer again in the last four at the 2016 Australian Open en route to another title, but the two have not met at a grand slam since. Revenge might well be on the mind this weekend.