He will rather have been playing in a Wimbledon final on Sunday, but Roberto Bautista Agut has a lively weekend to look forward to. 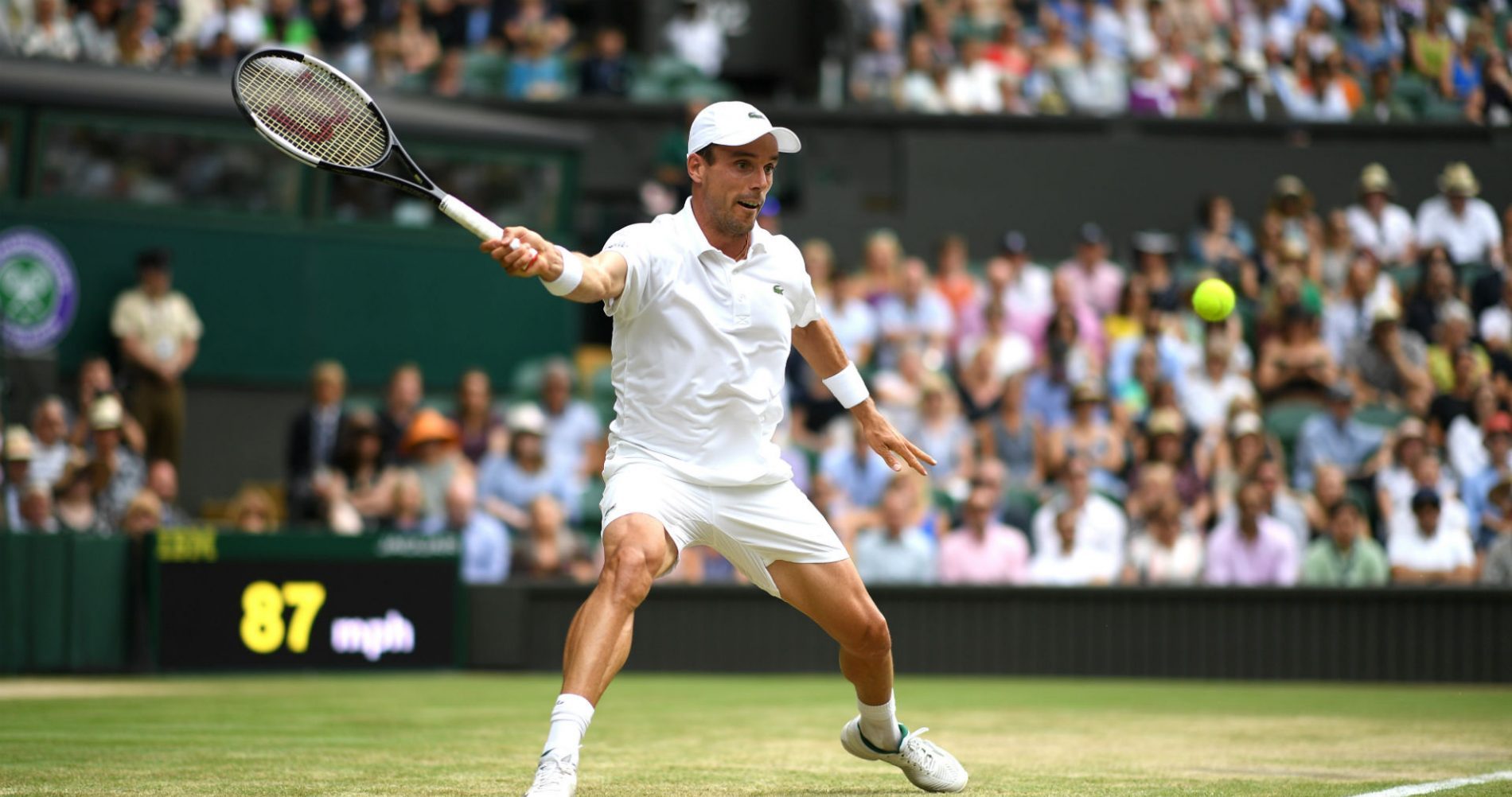 Roberto Bautista Agut might return to Wimbledon on his stag party after losing to Novak Djokovic and one young spectator raised eyebrows as he read a book rather than watch Roger Federer and Rafael Nadal do battle.

Bautista Agut was due in Ibiza with a half a dozen friends this week, but they left the party island to watch him at the All England Club after he reached the semi-finals.

Defending champion Djokovic failed to read the script, knocking the Spaniard out in four sets on Centre Court.

There were gasps throughout the grounds as Federer and Nadal served up another classic, which the Swiss legend won to set up a showdown with Djokovic, but it seemed not everyone was totally captivated.

Catch up on what was happening at the grass-court grand slam on Friday.

BAUTISTA AGUT TO MAKE UP FOR LOST TIME

Bautista Agut was happy to miss out on a few days of celebration with his friends, but is ready to let his hair down over the weekend. And his time at Wimbledon may not be over.

“Now I think I deserve some vacations. We will have some time off after that,” he said.

Asked about the Ibiza trip, he revealed: “We had everything reserved from Thursday or Wednesday until Sunday. They all knew before it was a small chance I would be here, me playing in the quarter-finals. Well, it was nice.

“I think they really had a good plan. They spent Wednesday in Ibiza. They came to watch a good match, the semi-final of Wimbledon. Maybe tomorrow we come back.”

NOT ALL EYES ON CHAPTER 40 OF FEDERER-NADAL

It seemed impossible to take your eyes off a captivating 40th battle between Federer and Nadal.

Two of the all-time greats struck 83 winners between them, drawing roars of approval from a packed Centre Court crowd and thousands around the grounds.

Tickets were like gold dust for a pulsating contest that will live long in the memory, yet one young boy in the crowd was spotted reading a book rather than being transfixed on the action.

Here is hoping he did not miss too much of chapter 40 of their great rivalry.

It’s been a good day at the office for @RogerFederer… pic.twitter.com/XK7KJKRkf4

The coins used for the toss ahead of the finals will definitely not be scaling new heights.

NASA astronaut Drew Feustal took the pair of bespoke gold coins to space last year after All England Tennis Club chairman Philip Brook came up with the idea at the 2017 championships.

They travelled to the International Space Station aboard Mission 56 in a journey that will be featured in a new one-minute film called “The Coin Toss.”

It will be the stars who are crowned Wimbledon champions who are feeling out of this world this weekend.