Azarenka stuns Williams in comeback to continue her red-hot run

Victoria Azarenka fell behind early, but the Belarusian persevered against Serena Williams for a comeback win and a berth at the US Open final. 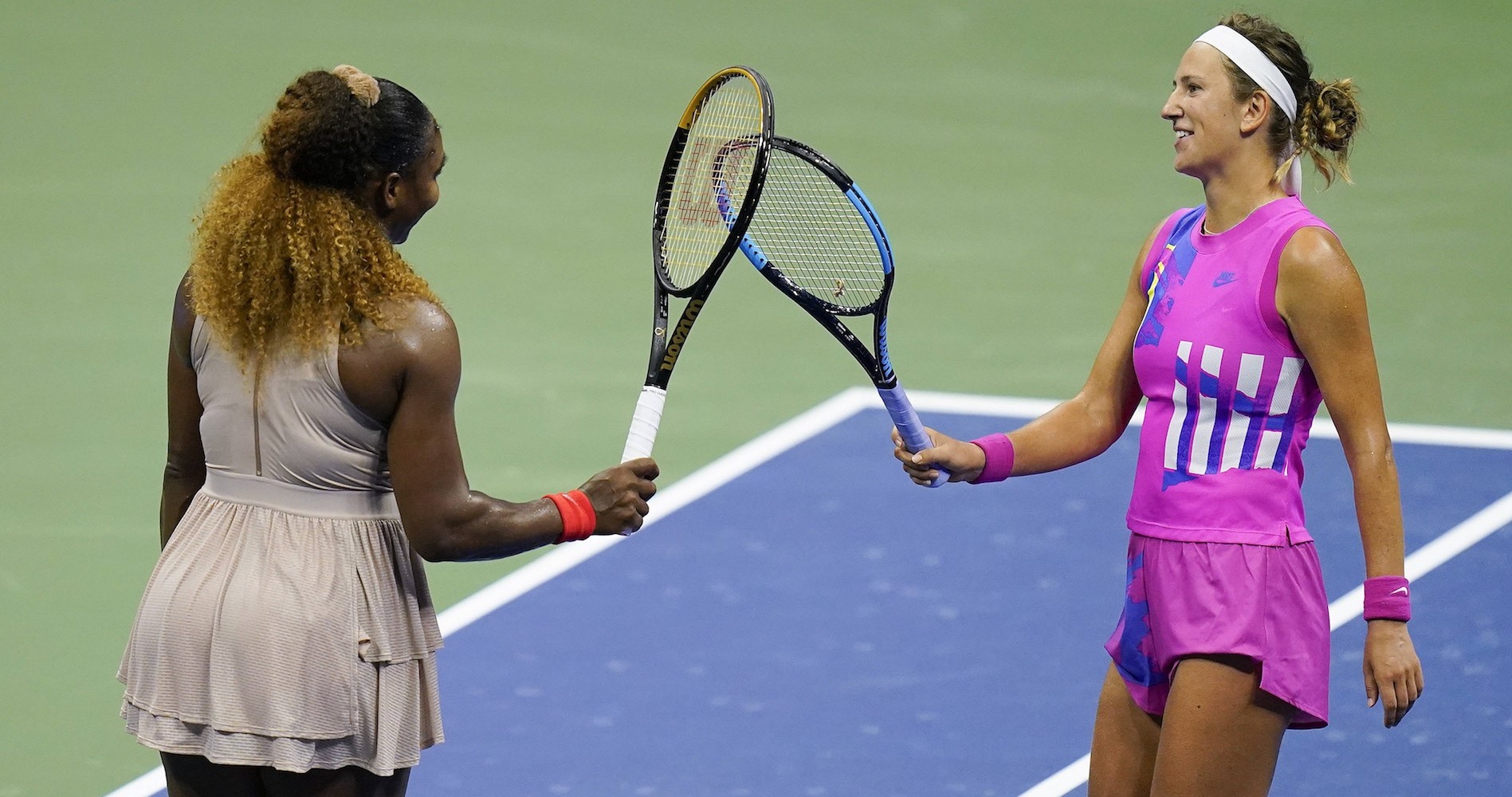 With the French Open postponed and Wimbledon cancelled due to the coronavirus pandemic, the next slam took place at Flushing Meadows, New York. Williams was taken the distance in winning the three previous rounds but on this occasion was beaten in three sets by Victoria Azarenka in a match where her Achilles injury was clearly causing discomfort.

It looked like Serena Williams had it in the bag after a great start, but it was Victoria Azarenka, who is on an unbelievably red-hot streak, who booked a final spot with a comeback effort against the No 3 seed. The 1-6, 6-3, 6-3 victory set up a final against Naomi Osaka.

“Seven is my favourite number, so I guess it’s meant to be,” Azarenka joked about the years apart between her Grand Slam final appearances. “I’m very grateful for this opportunity, to be able to play such a champion in a semi-final. The road to the final requires you to beat the best players, and today was definitely that day.”

It was all Serena in the first set, as she raced out to a 4-0 lead in the first set with little resistance as Azarenka struggled to find her footing early on in the match. The Belarusian only took one game in the first, as Serena took another break after three deuces to wrap up the set.

The match gradually evened out as both players and in second set, it was the world No 27 to strike first. After two holds on both ends to start off, Azarenka snagged a break against Serena to turn the tide to her favour. She was then able to tie up the set.

There was early drama in the third, though, as Serena had an apparent ankle injury and called for a trainer in the second game of the final set. The injury clearly bothered her as she lost out on her service game and fell into a 0-3 hole subsequently. Each player held their service games afterwards, and it was Azarenka who calmed her nerves and served out the match.

In the post-match interview, she spoke about returning to her career after having her son, Leo.

“Hopefully this inspires women to go after their dreams. I feel like you can’t always identify yourself as just one thing, because we have many things we can do in our lives. A parent is the most important thing I can be in my life, but I’m also a tennis player, a fighter on the court. I want to go after my personal dreams, to inspire my child. I hope women around the world know they can do anything. Being a parent is the toughest thing, so once you can balance that, you can do anything.”

On the other side of the draw, Naomi Osaka took care of business against Jennifer Brady, albeit in another three-setter 7-6(1), 3-6, 6-3. Osaka and Azarenka were supposed to face each other in the final of Western & Southern Open, but Osaka pulled out with injury concerns.