Day 7 has had its fair share of entertaining matches, but everything seemed to be overshadowed by the elephant in the room — Djokovic’s default against Pablo Carreno Busta. 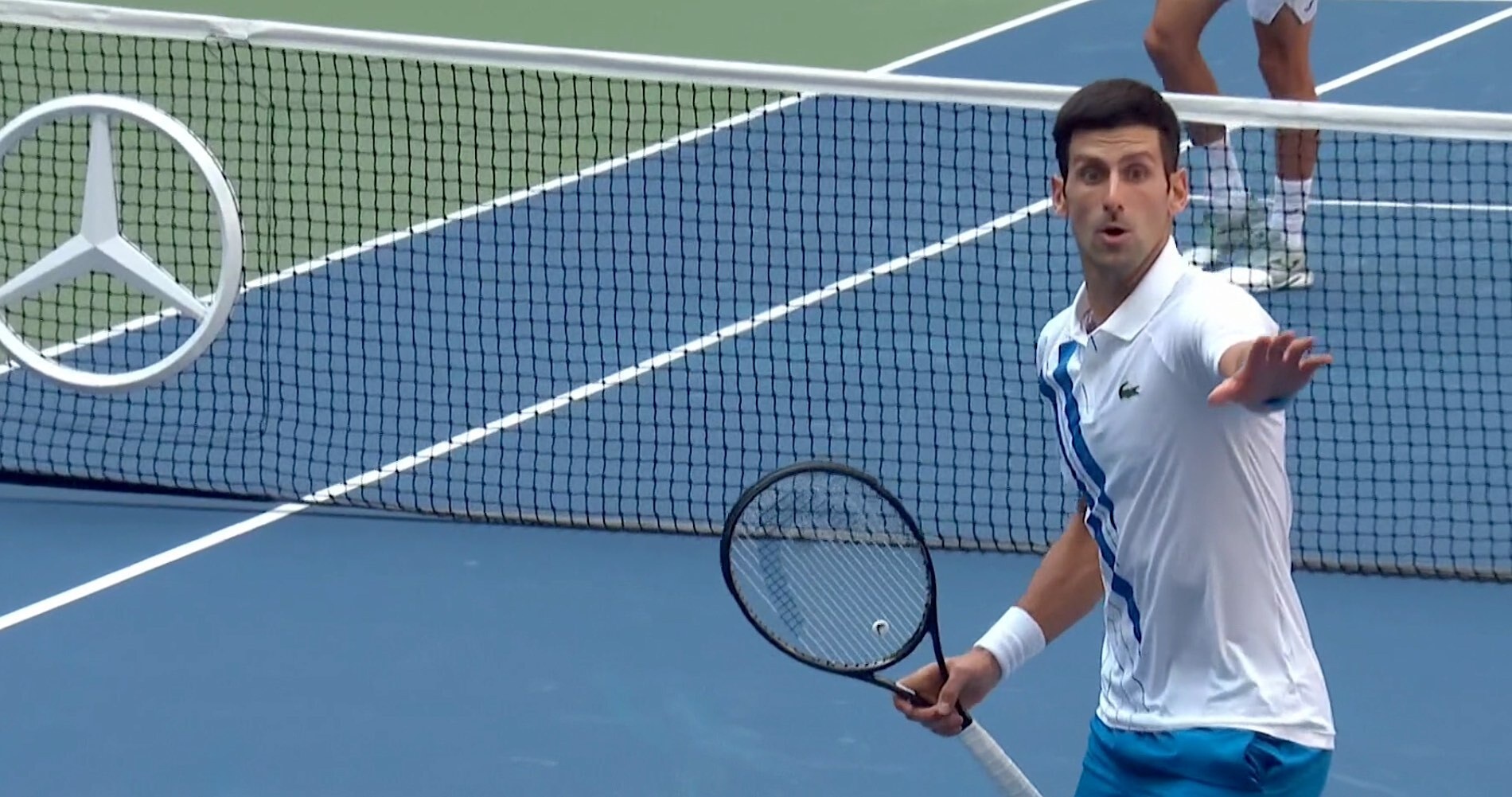 Who would have believed the drama would intensify on the seventh day of the 2020 US Open? There were some straightforward enough wins, for the likes of Alexander Zverev – but there were still a couple of upsets to continue the wide-openness of this tournament. Oh, and the men’s top seed was on court as well – at least for a while.

The bombshell news of the day: Djokovic’s default

There’s no bigger news of the day, or perhaps in the entirety of the US Open, than Novak Djokovic’s default in his fourth-round match-up against Pablo Carreno Busta. After going down 6-5 in the first set, a frustrated world No 1 smacked the ball toward the back wall and it hit a line judge.

That prompted a lengthy conversation and ended with his default, for which he has since apologised.

The woman of the day: “Captain America” stays alive

Well, it is not Steve Rogers but Shelby Rogers who pulled off an amazing victory against sixth seed Petra Kvitova to continue her deep run, 7-6(5), 3-6, 7-6(6). After clinching a mini-break to lock up the first-set tie-break at 7-5, the Czech broke twice to grab the second set.

Rogers had to fend off three match points while being down 4-5 in the third to keep her hopes alive. After falling a mini-break behind in the tie-break and giving Kvitova a chance to serve out, the Czech double-faulted on her fourth match point and Rogers broke back twice in a row before serving it out herself to prevail 8-6 in the breaker.

The man and match of the day: Shapo shines

After being whitewashed in the first-set tie-break, twelfth seed Denis Shapovalov was able to steady the ship and make a comeback to knock off seventh seed David Goffin in a four-set affair by the score of 6-7(0), 6-3, 6-4, 6-3.

As the Canadian mounted his comeback, he was able to show composure by holding onto one-break leads for the set in the second and the third, while also showing flair with his big shots, serving up 51 winners and 13 aces against the Belgian. He then went on a run in the fourth where he won five straight games, before wrapping up the final men’s match of the day.

The slate of singles matches today was kicked off by an upset in the women’s draw, with the 28th seed Jennifer Brady knocking off three-time Grand Slam and 2016 US Open winner Angelique Kerber 6-1, 6-4 to continue her run.

The first set was level at 1-1 when Brady went on a five-game streak to clinch the set. After exchanging breaks at the start of the second, it was Brady who found a love-game break to go up 2-1. She then showed the poise and composure to fend off five break points in the set, including being trapped in a five-deuce service game up 4-3 to prevail for a berth in the quarter-final.

The picture of the day: Naomi Osaka continues her campaign

Four down, three to go. Naomi Osaka continues her call for social justice with a mask denoting Trayvon Martin’s name.

The quote of the day:

“You’re the only one who calls it hockey tape, but of course, you’re from Canada.”

—The trainer to Denis Shapovalov after he asked for hockey tape during a medical time-out.

The point of the day:

We all know this is going to be from the Shapovalov match so… this point where Shapo was flying around like Superman and ends it with a scorching forehand cross-court.

Oh, and this wasn’t too shabby from Yulia Putintseva against Petra Martic – meeting a lob with a one-handed backhand dropshot? Easy.

Again, Labor Day is not what it was the past years in the USA, but at least there is still tennis. The matches on Monday will finalise the match-ups in the quarter-finals of the tournament. The two remaining Americans in the women’s draw will look to break through tricky encounters, while top seeds Dominic Thiem and Daniil Medvedev will look to continue their run in this now Djokovic-less draw.