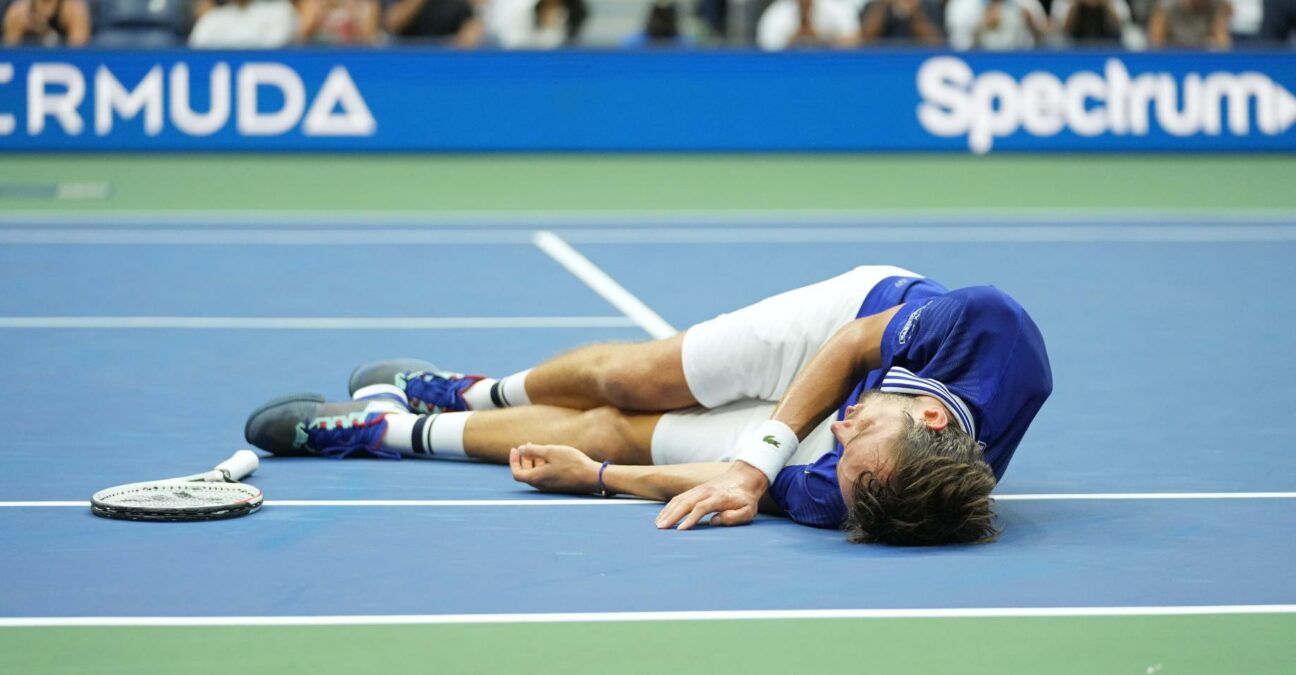 As he clinched his first major title at the US Open on Sunday night with victory over Novak Djokovic, Daniil Medvedev fell to the court in celebration, lying on his side on his backhand side of the court, his mouth wide open.

In his post-match interview on court, Medvedev explained that there had been some planning to the fall, even if it actually ended up leaving him a little sore.

“Only legends will understand. What I did after the match was L2 + left,” Medvedev told the crowd.

Later, when talking to the world’s media, he expanded on the celebration. “I can explain it. When I was running through Wimbledon, because that’s not the surface — I like grass, but I don’t feel as fluid as on hard courts. I was really confident about my game,” he said.

“I think it was like one night, you know, you cannot fall asleep. Five, ten minutes you have crazy thoughts, like every other person. I was like, Okay, if I’m going to win Wimbledon, imagine I win it against Novak or whatever. To not celebrate is going to be too boring, because I do it all the time. I need to do something, but I want to make it special.

Medvedev said the response to the celebration had been supportive.

“I talked to the guys in the locker (room), they’re young guys, super chill guys. They play FIFA. They were like, That’s legendary. Everybody who I saw who plays FIFA thinks that’s legendary. That’s how I wanted to make it.