Daniil Medvedev came out on top of an intriguing all-Russian encounter in the quarter-finals of the US Open to defeat compatriot Andrey Rublev and advance to another semi-final. 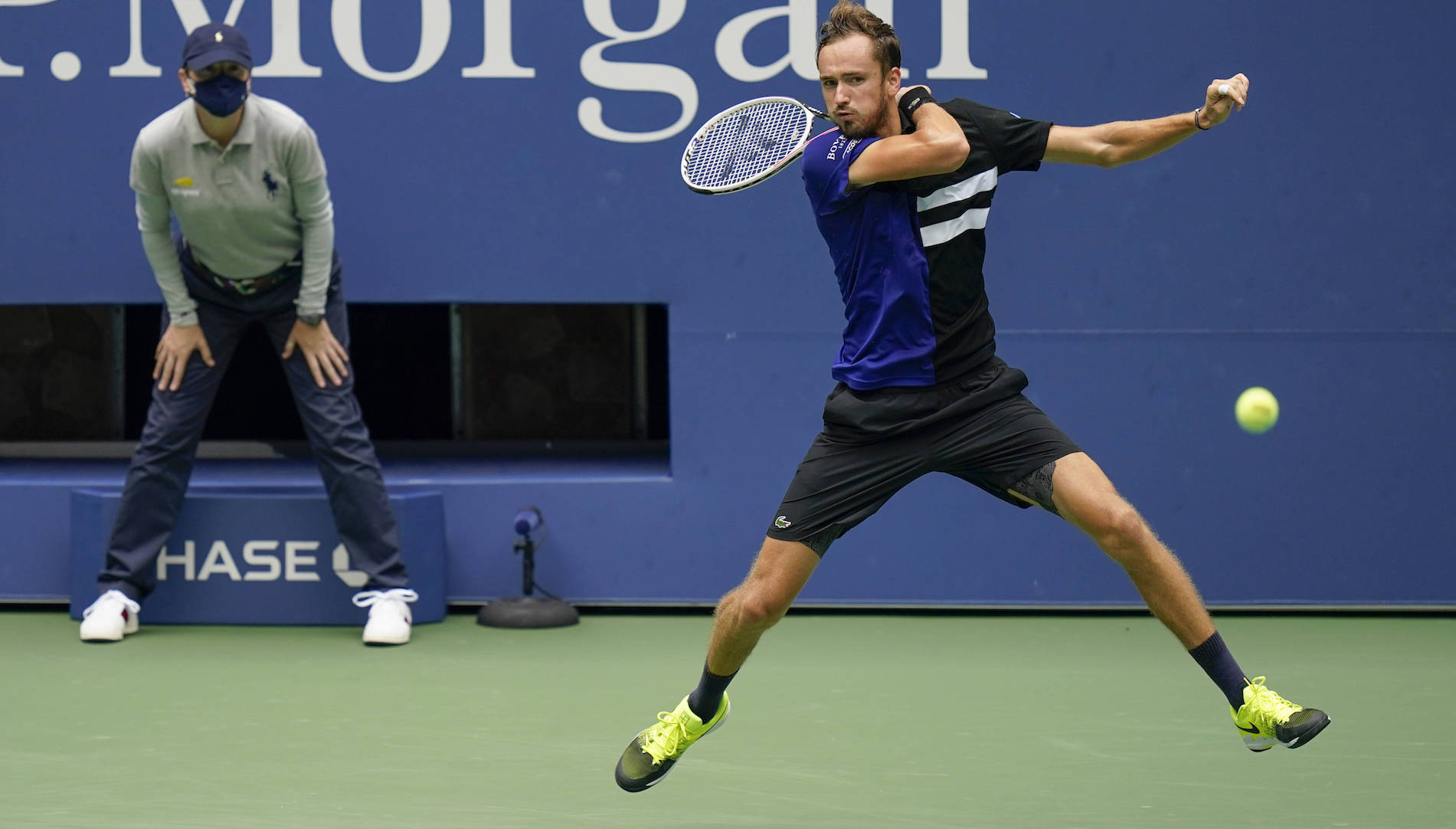 Daniil Medvedev moved a step closer to emulating his run to the US Open final at Flushing Meadows in 2019, after winning his quarter final against his friend and compatriot Andrey Rublev 7-6(6), 6-3, 7-6(5).

Medvedev fell just short against Rafael Nadal in a five-set thriller last year, but he seems determined to go one better this time around despite some worrying signs of fatigue and cramping in the final set, the third seed calling out the trainer to work on his shoulder before coming through a tight breaker.

“It was tough in the end and why the first time almost in nearly a year I celebrated my win because it was very tough in the end and I felt like I could get in trouble, so I was really happy to get the win, and tough tie-breaker, actually,” said Medvedev after victory. “One point decided two sets and Andrey was playing honestly unbelievably, actually, didn’t wait for his tactic to play like this, so honestly really happy.”

Rublev is one of many so called ‘Next Gen’ players to really have come of age this tournament, defeating huge-hitting Matteo Berrettini in the fourth round. And despite his slender frame, the tenth seed possesses power in abundance, striking freely to race to a 5-2 lead in an opening set tie-breaker. But it is a trait of Rublev to tighten under pressure, and it was Medvedev that seized upon it, pouncing to steal the opener.

“To be honest, in these moments, you have to fight for every point but at the same time you are like I probably I lost the set. There is more chances you lose the set from 5-1 (5-2) than win it. It was 6-3 on my serve so I was like I was going for the second one because I knew I’m going to push the ball right now he’s going to go for it and 6-4 is not 6-5 and at 6-5 I decided to not go for it and he just went a little bit out so I think it was a very tactical game today, and I’m happy to go through.”

Rublev is also known to be a volatile player, one who can get down on himself if things aren’t going his way. And with Medvedev knowing his opponent so well, he also knew consistency was key, staying calm to open up a two-set advantage.

A medical time-out late in the third for a shoulder niggle may have given Rublev some hope, Medvedev also complaining of cramps. But the massage seemed to do the trick, and Medvedev suddenly appeared loose, hitting freely as ever to come through a tight breaker.

He now holds a 3-0 advantage over Rublev in the professional ranks, following two straight-sets victories last year in St. Petersburg and Cincinnati.

Victory for Medvedev means he now faces Dominic Thiem in what will be a fascinating semi-final match-up between the second and third seeds.

This photo is amazing!!! Never easy to play a friend. @AndreyRublev97 We play many more matches in the future I am sure. @JelenaOstapenk8 @usopen https://t.co/inGEvZMdC3