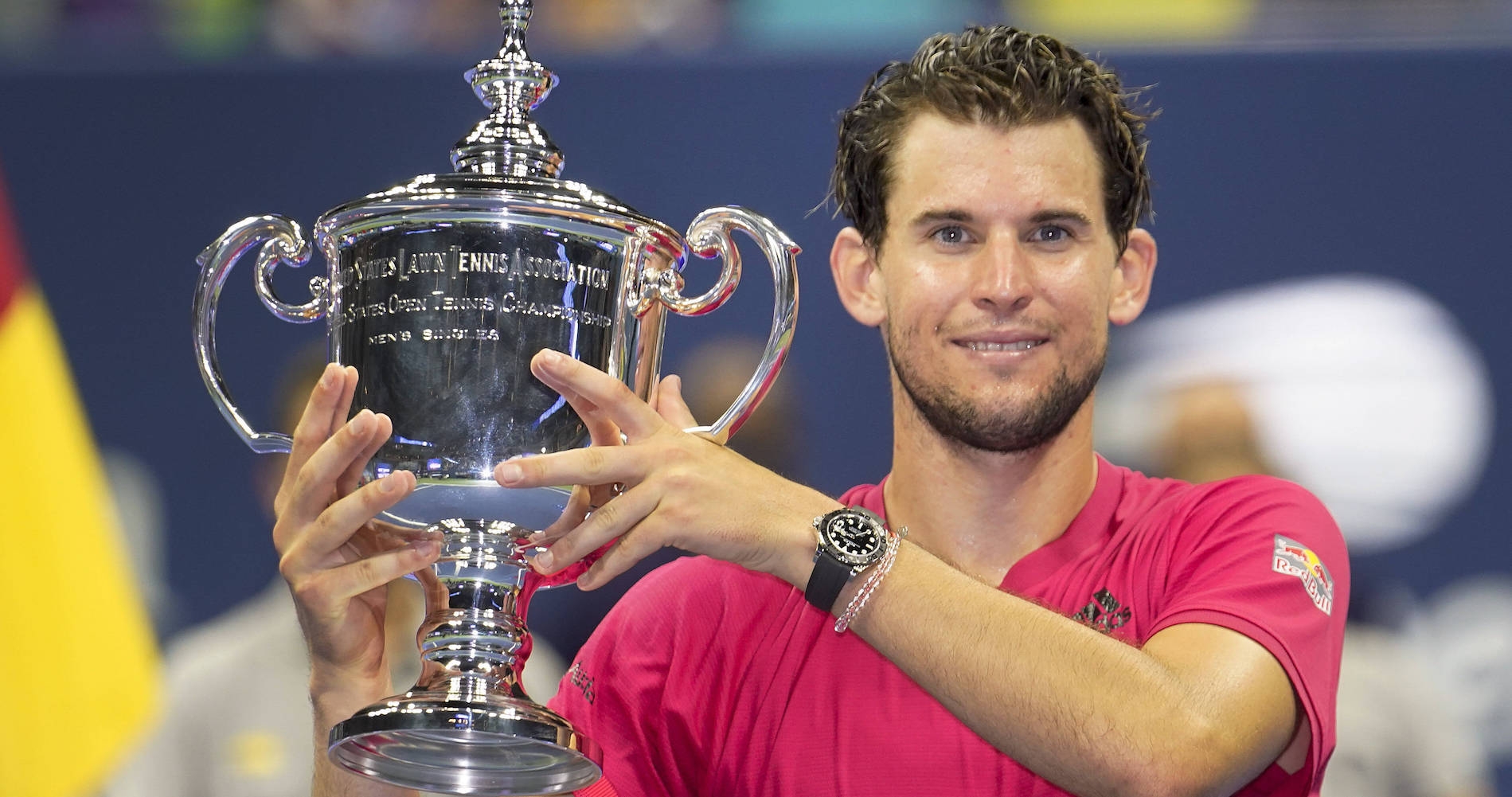 Men’s tennis has a new Grand Slam champion and his name is Dominic Thiem after the Austrian produced a stunning, remarkable comeback from two sets down and then 5-3 down in the fifth to deny Alexander Zverev in an epic five-setter to win the US Open.

Fifth seed Zverev was outstanding as he took the first two sets as Thiem, perhaps carrying some pain in his Achilles from his semi-final win, looked out of sorts. But Thiem then dug in bravely, levelled at two sets apiece and recovered from 5-3 down to win 2-6, 4-6, 6-4, 6-3, 7-6(6).

The nerves were almost unbearable as Zverev couldn’t serve it out at 5-3 in the fifth, then again as Thiem, struggling physically, failed to finish it off at 6-5. Then in the first ever men’s final to go to a deciding tiebreak at the US Open, Thiem missed two match points before finally winning it 8-6 to finally win his first slam title after losing his first three.

“I wish we could have two winners today because I think we both deserved to win,” said an exhausted but elated Thiem, who is the first man in the open era to win the US Open from two sets down. “You’re going to make it 100 percent and you’re going to make your parents and your family proud.” 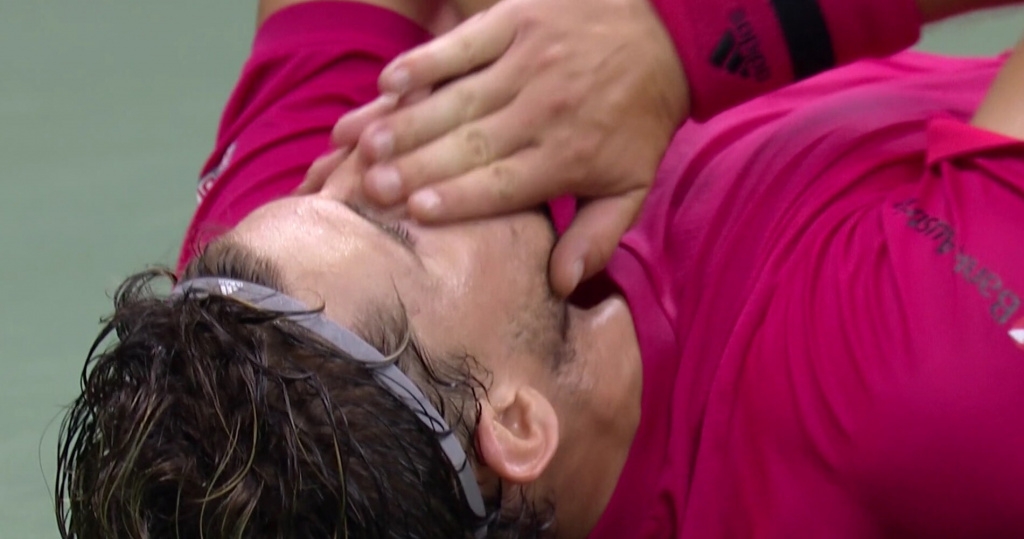 An emotional Zverev said he wished his parents could have been at Flushing Meadows to watch him.

“There are some missing here today,” the German said, fighting back tears. “My Dad and Mum tested positive (for the Coronavirus) before the tournament so couldn’t come. I hope they were watching, and I hope they’re proud of me.”

Thiem went into the match as the big favourite, having taken out last year’s finalist, Daniil Medvedev, in the semis and dropped just one set on his way to the final, not to mention his 7-3 head to head record against Zverev, including a four-set win when they last played in the semi-finals of the Australian Open in January. But in his fourth Grand Slam final, having lost his previous three, Thiem was unable to produce his best form while Zverev played his best match of the tournament and in terms of importance, by far the match of his life.

The German had been hamstrung by nerves in the first two sets of his semi-final against Pablo Carreno Busta before rallying to win in five but from the moment he crushed a forehand – usually his weaker wing – for a winner in the opening game, it was clear that this was more like the Zverev who won the ATP Finals in 2018.

Perhaps Thiem’s Achilles, which had required treatment in the semi-final win over Medvedev, was giving him more concern than it looked from his movement, but Thiem was passive and he allowed Zverev to relax and the German began strongly, serving superbly, ripping winners on both flanks and also serving and volleying more than at any time in the entire tournament. Zverev broke Thiem for 2-1 and again for 5-2 and wrapped up the first set with an ace. 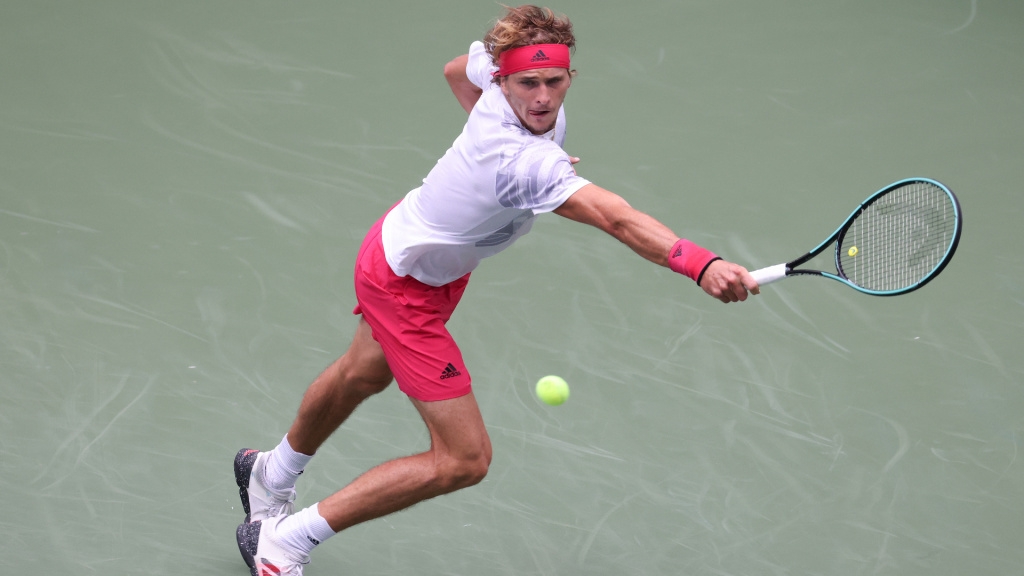 Thiem was missing routine balls while Zverev was thundering groundstrokes and the No 5 seed broke in the third game of the second set. A few ugly double faults hinted at fragility but Zverev held his advantage to 5-2, only to miss three set points as he was broken for the first time in the match.

Thiem’s confidence was beginning to grow and he held to force Zverev to serve it out. The German, though, was up to the challenge and held on to double his advantage, taking his fifth set point to seal a two-sets-to-love lead.

When Zverev broke in the third game for the third set in a row, it looked as if he would roll to a straight-sets win but Thiem had other ideas. Finally finding his feet, he began to unleash some huge hits of his own, much more aggressive and taking the match to Zverev for the first time. At the same time, Zverev was feeling the tension with the finishing line in sight, and a big backhand return forced an error and Thiem got the break back.

At 4-4, 30-30, Zverev thought he had forced a set point but Thiem challenged a call successfully, and then held serve, before breaking Zverev to take the third set when the German put a forehand wide.

Thiem turning up the pressure

The momentum was really with Thiem now and at 3-2, he played his best point of the match to force two break points but the German saved them brilliantly, staying on serve at 3-3. It was only a brief respite, though, and when Zverev dumped a forehand in the net to give Thiem a 5-3 lead, his coach Nicolas Massu was out of his seat, pumping his fists.

No one had come from two sets down to win the US Open in the Open era but when the Austrian then broke serve in the opening game of the decider, it looked like he would change that record, only for the tension to creep back in and he double faulted to hand back the break.

The tension was palpable but the quality of the hitting from both men was higher than at any time in the match. Zverev continued to show amazing touch at the net under pressure while Thiem, fighting like a lion, charged around the court, trying everything to get the break. 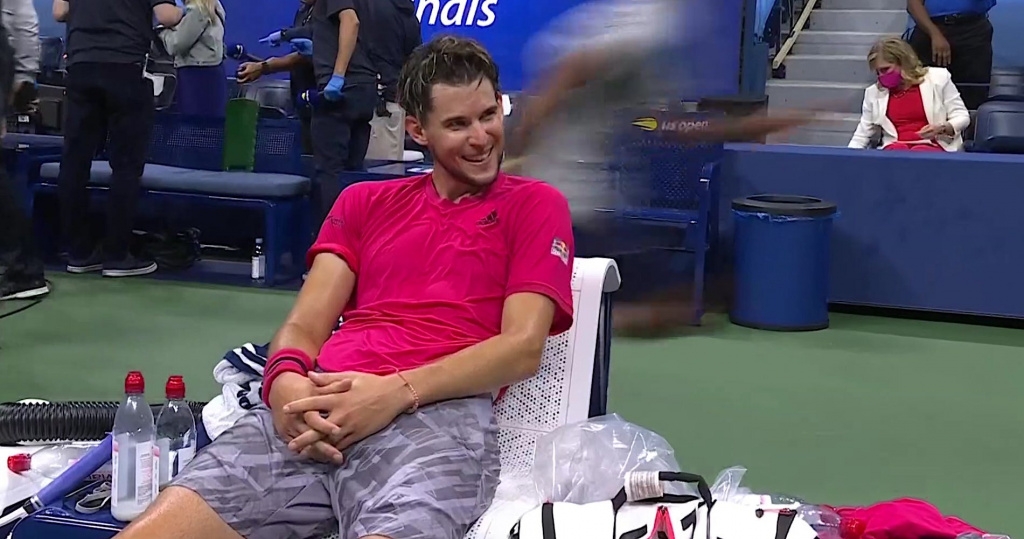 At 2-3, Thiem was under pressure at 0-30 but he produced a wondrous forehand, which hooked at the last moment into the far corner, to stay in it. Zverev held firm on his own serve, cutting out the errors and asking Thiem to hit winners.

Again the Austrian was in trouble at 3-4, 0-30 down. This time, a brilliant smash and stunning lob-drop shot combination got him back to 30-40 but he netted a forehand and then missed a backhand pass to give Zverev the break.

Serving for the match, Zverev began with a double fault and the the German could not close it out, netting a forehand volley to give Thiem the break back for 5-4. At 15-30, Zverev was two points from the title but Thiem came up with two unbelievable forehands to level at 5-5.

Thiem then broke for 6-5 but couldn’t serve it out as Zverev hammered a forehand winner to take the men’s final into a deciding tiebreak for the first time in US Open history.

Zverev led it 2-0 but Thiem stormed back to lead 6-4 as Zverev hit his 14th and 15th double faults. At 6-4, he missed two simple forehands on match points and they changed at 6-6. But the Austrian would not be denied, finally finishing it off when Zverev pulled a backhand wide. 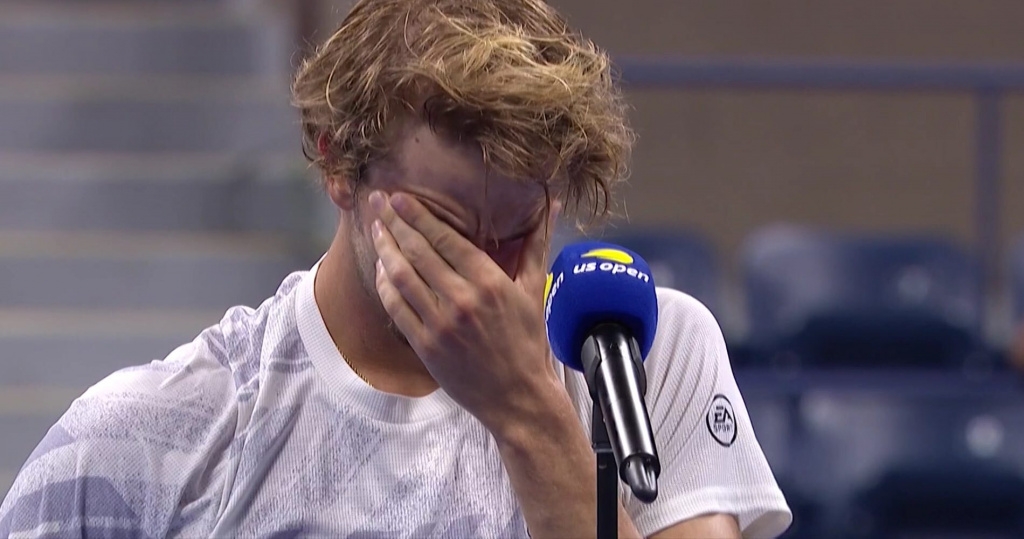