The entertainment continued in New York on another thrilling day of action as Dominic Thiem powered past a former champion, the top seeds were forced out of the women’s doubles, and Serena Williams continued her record-breaking quest. 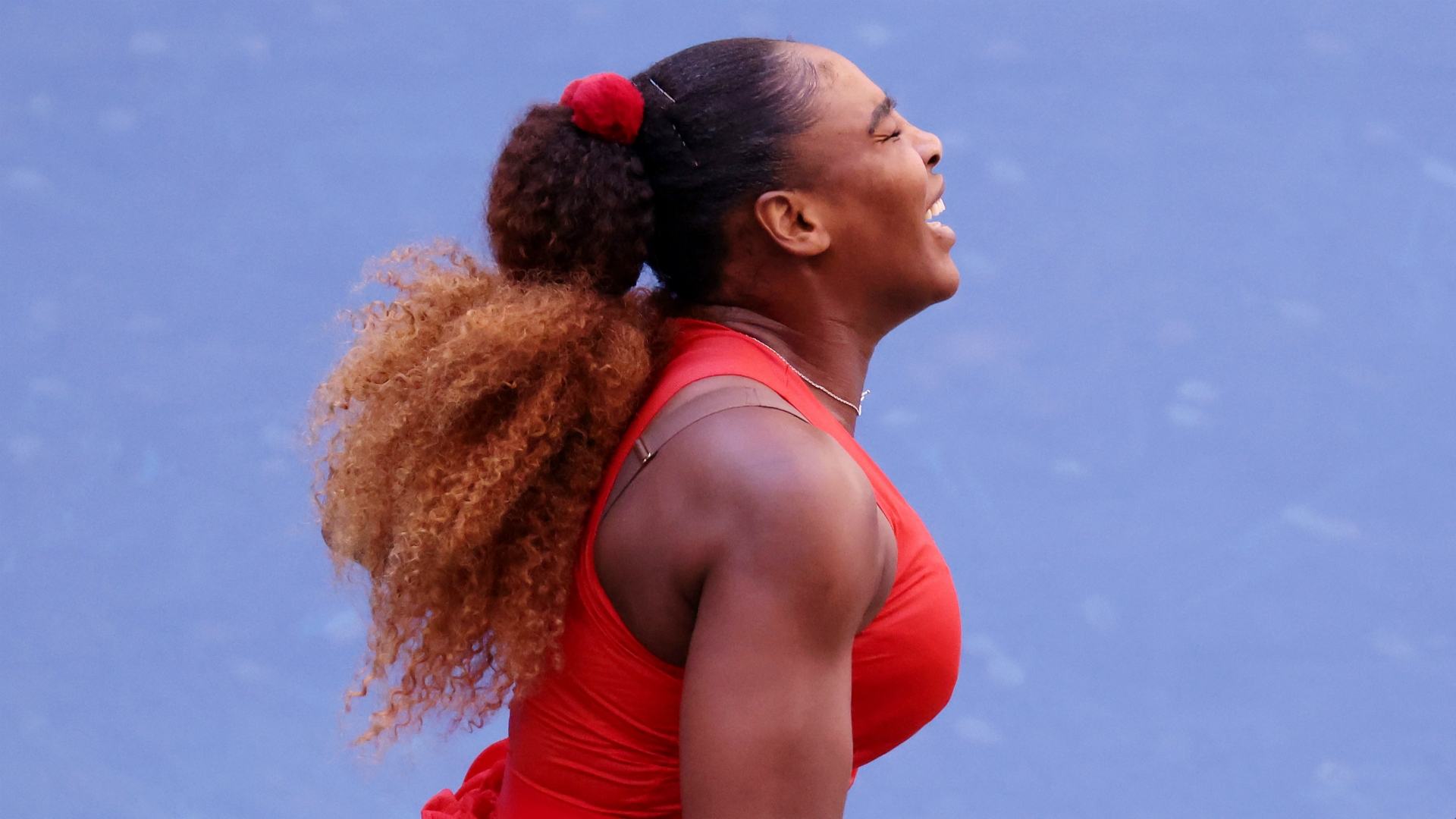 Day 6 saw some surprise runs curbed (JJ Wolf, Caty McNally), but some are continuing (Vasek Pospisil, Tsvetana Pironkova). However, the one thing that didn’t change was late-night tennis, as Thiem and Cilic continued to duel it out approaching midnight. Oh, and of course there was also some unexpected drama – but what else would you expect from the 2020 US Open? Let’s look back at a day of action…

The woman of the day: Magnificent Muchova

20th seed Karolina Muchova (N.20) continued her strong run in the US Open to her personal-best performance in a Grand Slam. After Muchova and Sorana Cirstea both claimed 6-2 sets to start, the third set resulted in a tiebreak. Muchova fell behind 0-3 early in the decider, clawed back to being only down 3-4 before falling behind 3-6. The Czech then saved three match points while claiming four straight points to go up 7-6 and eventually prevailed 9-7.

The man of the day: Young guns having some fun – Auger-Aliassime gets the win

What a performance by Felix Auger-Aliassime. The 20-year-old Canadian was pitted in a youthful match-up against Corentin Moutet, who is only a year older than him, and Auger-Aliassime prevailed 6-1, 6-0, 6-4. In the early goings, the 15th seed looked unstoppable and did not let up as well, as he cooked up a breadstick and bagel — and won seven games in a row in one stretch — while playing some very attacking tennis. The third was a bit of a setback with FAA allowing a break early on, but he was able to right the ship for the emphatic victory.

The match of the day: A speedy five-set rollercoaster

Alex de Minaur and Karen Khachanov served up a special one for the audience as they featured in a rather quick five-setter — with the match only lasting a bit past three hours.

After the Australian de Minaur claimed the first set 6-4, it looked like his form was falling apart as the Russian took two straight sets 6-0 and 6-4. However, de Minaur re-found his form just at the right time, recovering with a 6-3 set in the fourth to tie, and then finishing it off with a 6-1 deciding frame.

Roberto Bautista Agut has been on a solid run of form, especially considering he took down Daniil Medvedev and took Novak Djokovic to three sets at the semi-final of the precursor Western and Southern Open before the tournament. That made his third-round exit against Vasek Pospisil even more surprising. Pospisil ran wild with his 19 aces in the five setter, while also accruing 71 total winners – 50 more than his opponent. He also had 38 more unforced errors than RBA, but it’s the 7-5, 2-6, 4-6, 6-3, 6-2 victory where the Canadian had to come back from the brink that counted.

The news of the day

There were mutterings all day that Timea Babos and Kristina Mladenovic’s names had disappeared from the order of play. The pair, the top seeds for the women’s doubles, were finally confirmed to have been withdrawn on the order of Nassau County due to their quarantine regulations. Mladenovic is one of the ‘Paire 11’ and had close contact with her compatriot Benoit Paire prior to his positive test for coronavirus, meaning that the county are now saying she must stay in her room rather than compete. Hard lines on Babos.

The picture of the day

Well, there were a series of photos, and some absolutely adorable footage, but Serena Williams’s daughter Olympia watching on as Mama beat Sloane Stephens was the best sight of the day.

All the support you need in one picture ❤️ pic.twitter.com/uHFovEyMR8

The quote of the day

I’m always looking forward to play against these young superstars, as I’m 27 for a few days, not young any more.

Dominic Thiem has just turned 27 – and he’s feeling it.

The point of the day

This is just incredible from Marton Fucsovics. Frances Tiafoe certainly thought so.

As the tournament heads into the less-festive Labor Day weekend in the USA, the matches might be more scarce and less around the clock, but there are some interesting match-ups — be it clashes between seeds or an underdog looking a deep run in a murky field. Here are some interesting encounters for day 7 (with the full order of play here).