Second seed Dominic Thiem is the biggest name in action on day six of the men’s singles, but Daniil Medvedev, Andrey Rublev and Felix Auger-Aliassime are among those already through to the last 16. 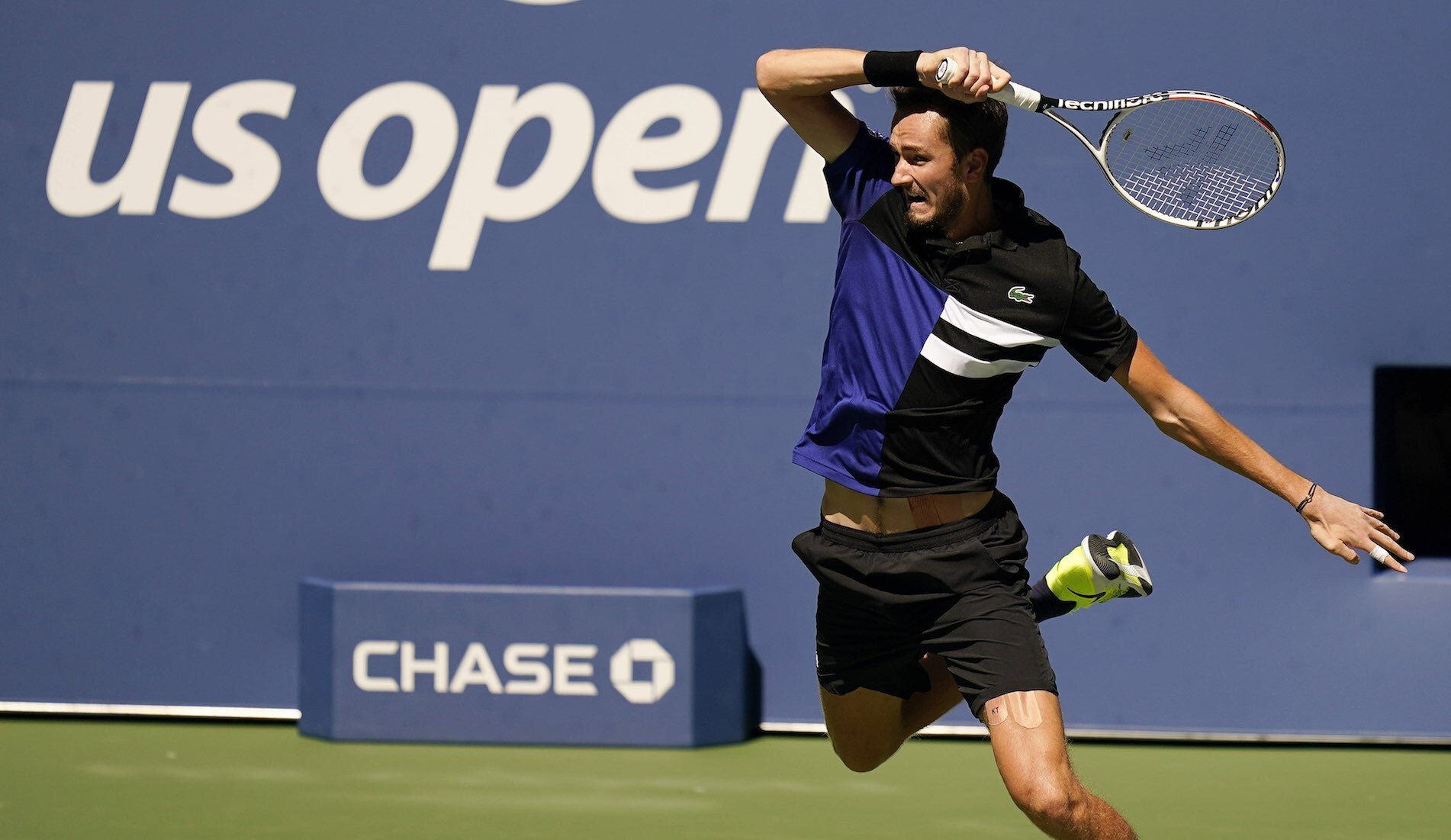 No trouble for third seed Daniil Medvedev, the Russian cruising to a 6-3, 6-3, 6-2 win over American wildcard JJ Wolf. Much to the delight of the runner-up last year, Medvedev took just one hour, 48 minutes to clinch victory and is into the last 16 without dropping a set.

“It’s good that I managed to win in three sets and I didn’t even have to play [to] 7-5 because six months of not playing tennis, it’s not easy to recover from playing five or four-set matches,” Medvedev said after the match. “With a day off and just a three-setter to play, I’m feeling good.”

The Russian also heaped praise on his up-and-coming opponent Wolf, who was not far removed from being the No 1 player in college tennis.

“It’s a great result [for Wolf] because in my first four majors I only won one match,” Medvedev said. “In his first one he already won two, so I’m sure he’s going to be climbing up the rankings and playing good. Today it was not enough. I made everything I could to be tough.”

Medvedev will face another American, Frances Taifoe, who is into the last 16 at the US Open for the first time after a 6-2, 6-3, 6-2 win over the former Wimbledon champion Marton Fucsovics of Hungary.

Daniil Medvedev is destroying the field through three rounds. pic.twitter.com/Hh8B2RXUin

Deja vu for Rublev and Berrettini

No 10 seed Andrey Rublev first came to world attention when he reached the US Open quarter-finals in 2017 and the Russian is through to the last 16 for the third time in four years, crushing world No 100 Salvatore Caruso of Italy 6-0, 6-4, 6-0. Rublev dropped just nine points in the first set and though Caruso battled hard in the second, Rublev ran away with the third.

It’ll be deja vu for Rublev, next, as he faces sixth seed Matteo Berrettini of Italy in the fourth round for the second year in a row. Berrettini, a semi-finalist 12 months ago, was far too strong for Casper Ruud of Norway, winning 6-4, 6-4, 6-2.

Most people probably expected Felix Auger-Aliassime to get past Corentin Moutet but few would have envisaged the beat-down the Canadian gave the Frenchman.

His 6-1, 6-0, 6-4 victory puts him into the last 16 for the first time and he’ll relish the chance to go at Dominic Thiem, should the second seed get past former champion Marin Cilic in the night match.

And what’s more, with Pospisil and Denis Shapovalov also through, Canada has three men into the last 16 for the first time.

FAA is through to Round 4. pic.twitter.com/PjLbJi6kzm

With former college standout JJ Wolf bowing out against Daniil Medvedev, Frances Tiafoe became the only American left in the men’s singles draw. He was faced with an interesting challenge in playing his good friend and training partner Marton Fucsovics, who has a 2-0 record over the American.

Tiafoe was also making his statement for social justice in the match, wearing shoes with “Black Lives Matter” and “Say Her Name” written on the soles.

The No 2 seed advances

Dominic Thiem notched a win against veteran and former champ Marin Cilic. After storming out to a two set lead, the Austrian let his guard down and Cilic snuck in. However, a break in the fifth game of the fourth set was enough for the world No 3 to overcome his frustrations and prevail 6-2, 6-2, 3-6, 6-3. 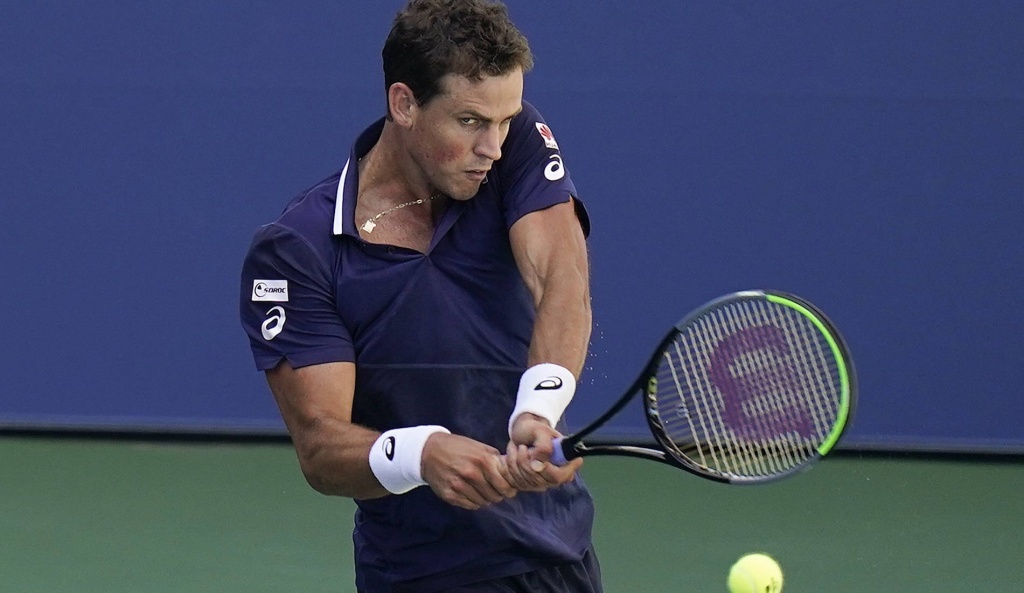 Not content with taking out Milos Raonic in the previous round, Vasek Pospisil is into the fourth round of the US Open for the first time thanks to another shock victory. His victim, this time, was No 8 seed Roberto Bautista Agut, beaten 7-5, 2-6, 4-6, 6-3, 6-2 by the 30-year-old Canadian.

There hasn’t been an Australian male winner at Flushing Meadows since Pat Rafter won the second of his back to back titles in 1998. Could this be the year another one breaks through? The No 21 seed Alex de Minaur, perhaps the speediest player on the Tour, upset No 11 seed Karen Khachanov of Russia 6-4, 0-6, 4-6, 6-3, 6-1. He plays Pospisil for a place in the last eight.

The Canadian’s #USOpen run continues with a five-set win over No. 8 Roberto Bautista Agut. pic.twitter.com/qQtnI09Lzi