US Open Day 8 recap: From smooth sailing to upset city, the quarter-finalists are confirmed

It was an eventful Day 8 at the US Open – but fortunately that was just on the court. This year’s quarter-finalists are now confirmed – and there are a few surprise names, particularly in the women’s draw. 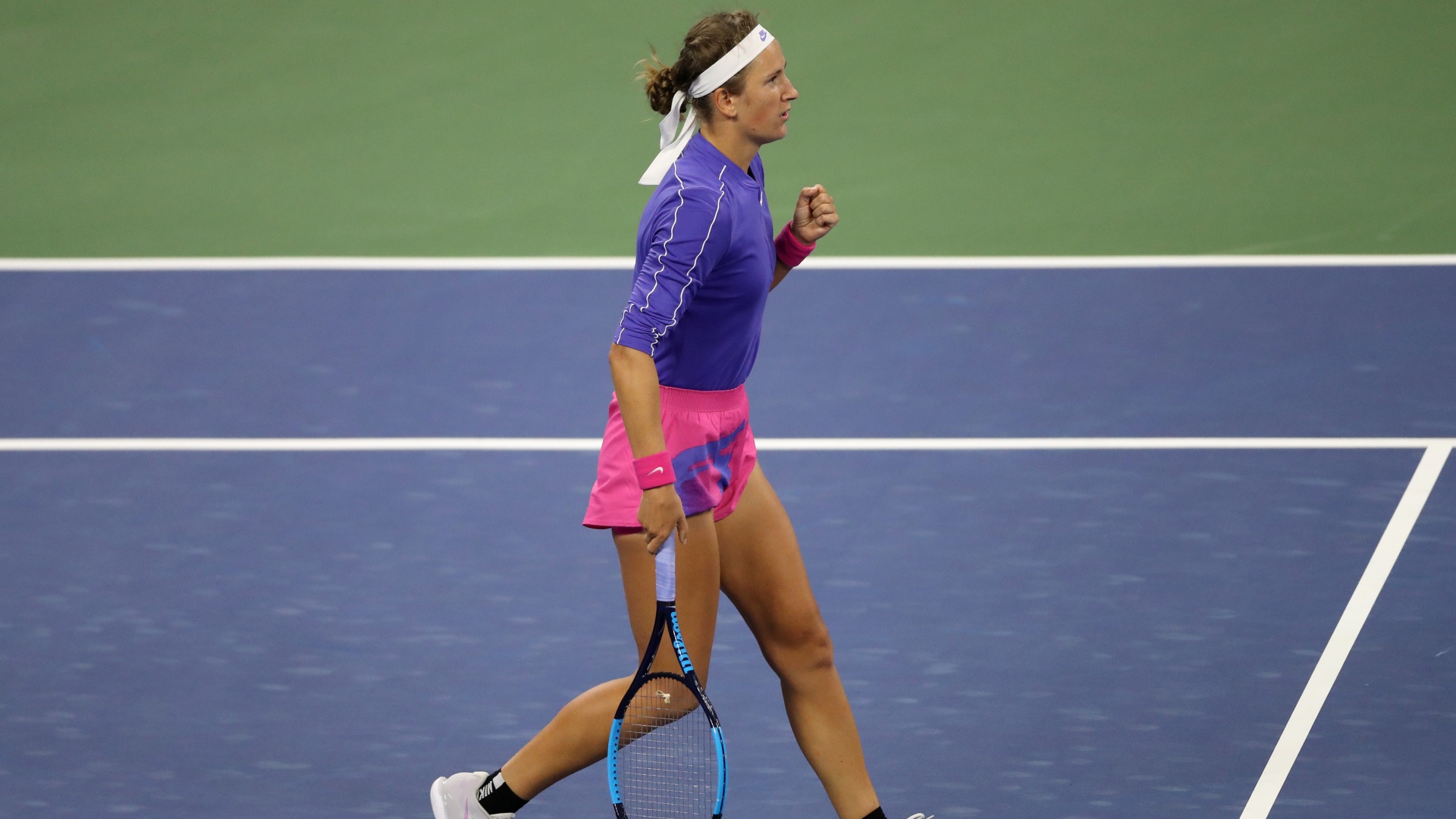 After a dramatic and occasionally chaotic first week at the US Open, Day 8 stuck to providing entertainment on the court. The last round of 16 matches took place – and the quarter-finals are now all set (men here, and women). Here’s a quick rundown as the Labor Day weekend wraps up in the USA – the last of the tournament, now we can focus on each game.

The woman of the day: Vika back in top form

Following her stellar Western and Southern Open run that put her back on the map, Victoria Azarenka continued to impress as the former world No 1 strutted into the quarter-final of US Open, beating Karolina Muchova 5-7, 6-1, 6-4.

Muchova, the 20th seed, was able to get ahead of the Belarusian and secure the first set. However, Azarenka showed her prowess that had her rise up the ranks in the WTA Tour before her lengthy break, as she turned the tables on the Czech to set up a match against Elise Mertens.

The man of the day: Thiem cruises past red-hot Auger-Aliassime

With Novak Djokovic out of the picture, a lot of people have been tipping Dominic Thiem as one of the favourites for a maiden Grand Slam title. The Austrian had a dangerous opponent ahead of him in the athletic Canadian youngster, Felix Auger-Aliassime.

The first set was tight and resulted in a tiebreak win for Thiem, and he was able to take full advantage of FAA’s inconsistency in the latter sets. The No 2 seed never slowed down and finished off the up-and-comer with two ruthless sets, winning 7-6(4), 6-1, 6-1.

The news of the day: Barty wrapping up season early

The news of the day came from outside Flushing Meadows as world No 1 Ashleigh Barty announced on Instagram her season was ending early.

The reigning Roland-Garros champion has decided she will not defend her title, and she will also be skipping the rest of the tournaments this year due to Covid-19 health risk concerns and also the lack of proper preparations – in Australia, the state border closures have meant Barty and coach Craig Tyzzer have been unable to meet up.

It has been a difficult decision to make but unfortunately I will not be competing in Europe this year. Last year’s French Open was the most special tournament of my career so this is not a decision I have made lightly. There are two reasons for my decision. The first is the health risks that still exist with Covid. The second is my preparation, which has not been ideal without my coach being able to train with me due to the state border closures in Australia. I wish the players and the French Federation all the best for a successful tournament. I now look forward to a long preseason and the summer in Australia. It has been a challenging year for everyone and although I am disappointed on a tennis front, the health and well-being of my family and my team will always be my priority. Thank you to my fans for your continued support, I can’t wait to play for you again.

The American women were having good runs into the later rounds, with Serena Williams joining Jennifer Brady and Shelby Rogers at the final eight. However, Sofia Kenin, the highest seed of them all, was not able to overcome the challenge of 16th seed Elise Mertens.

The reigning Australian Open champion was broken three times in the first set, and the Belgian was equally aggressive in the second, wrapping up a 6-3, 6-3 victory.

The match of the day: Serena-Sakkari rematch

Maria Sakkari has been on her finest form lately, taking down Serena Williams in a comeback at the Cincinnati Masters round of 16. That made this swift rematch between them all the more interesting.

Serena was able to take the lead this time as well, and the Greek bounced back to win a tie-breaker in the second. This time in the decider, Serena flicked the switch to elevate her game, avoiding Sakkari’s comeback challenge and winning 6-3, 6-7 (6), 6-3.

The picture of the day: Frances Tiafoe takes a stand

Like Naomi Osaka, Frances Tiafoe is using his platform to draw attention to racial injustice.

Frances Tiafoe has “Black Lives Matter” and “Respect Us!” written on his sneakers. pic.twitter.com/bObW6gzMWp

The quote of the day: Serena cleans house

When she lost to Sakkari at the Western and Southern Open, Serena Williams likened the defeat to “dating a guy you know sucks”.

“Thank God I got rid of that guy. Never want to see him again. He was the worst.”

The point of the day: Back and forth multiplied by 20

This came from the early match of the day that pitted Alize Cornet against Tsvetana Pironkova. The two were tangled in a hard-fought point which the Frenchwoman finally claimed after a staggering 40-shot rally.

The quarter-finals begin on Day 9, and we will see the top half of the draw settled on both the men’s and women’s side.