Brutal Berrettini puts The Hammer down to crush Popyrin

Italy’s Matteo Berrettini picked up his fifth win of the UTS with a convincing 4-0 victory over Alexei Popyrin on Sunday. 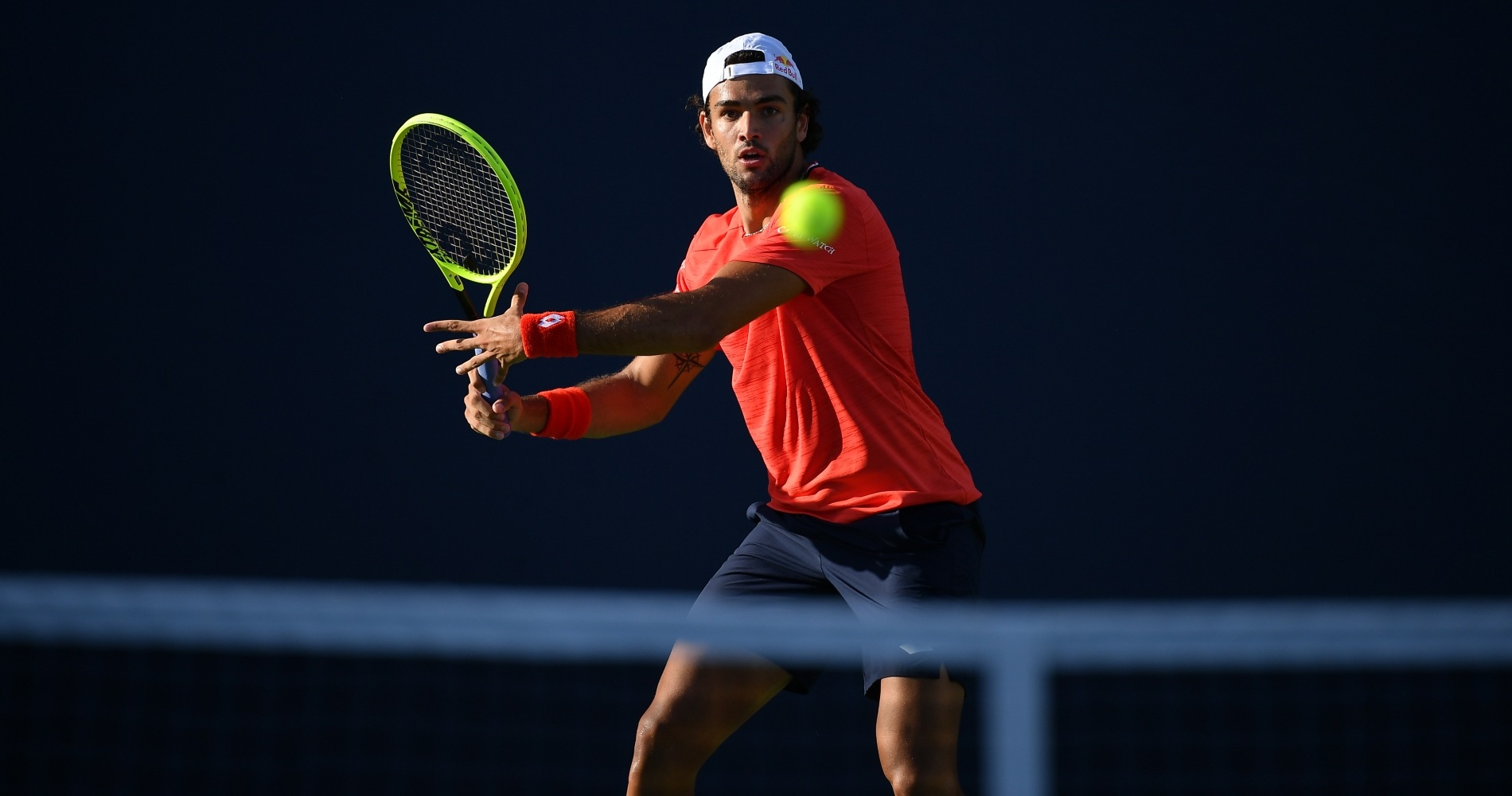 The Hammer bounced back from the disappointment of losing to Stefanos Tsitsipas on Saturday with an almost flawless performance, serving brilliantly and running away with the match to secure a 14-12, 17-9, 19-10, 14-11 victory.

Matteo Berrettini will be through to the #UTShowdown Final Four if Gasquet defeats Lopez in tonight’s night session! pic.twitter.com/MVUEe8lnzT

Depending on how other results go, the win could be enough to put Berrettini through to the Final 4, while Popyrin must hope that a lot of things go his way to advance to the semi-finals.

In the early stages, Berrettini said he was a little tired. But as the match wore on, the world No 8 pulled away, his big serve working perfectly and his forehand was at its devastating best.

Tsitipas changed things round to come from two quarters down to beat him on Saturday, but Popyrin could not repeat the feat.

“That’s what I tried to do yesterday but it didn’t work,” Berrettini said, when told by UTS presenters that he had “put the Hammer down.” “I think I served a little bit better. Of course, they’re different players…but I was feeling great. I know it’s frustrating when you’re playing and the opponent is serving well and you’re not feeling well. Especially in these conditions when I’m serving an ace with the winner x 3. But I learned this week that you have to be there every point.”

Popyrin shouting in Russian out of frustration

The Sniper had his chances in the first quarter but once world No 8 Berrettini had taken it 14-12, the result never looked in doubt and he finished off in style to make his record now 5-3, while Popyrin falls to 3-5.

Can he close it this time?

Popyrin led 6-4 in the second quarter but Berrettini won seven straight points to put his foot down and cruised through the rest to win it 17-9.

A string of double faults at the start of the third quarter left Popyrin looking dejected – and shouting in Russian – and Berrettini built up a commanding lead he never looked like losing, helped by an ace on his first winner x 3 card. “I think the match was over when I served the ace on the winner x 3 (at 7-2) but the work was done in the previous quarters,” he said.

“I don’t know what happened,” Popyrin said. “Had three people telling me different things from my box, which didn’t help. The rhythm was just off.”

With the win in the bag, Berrettini eased off at the start of the fourth quarter but he regained his focus just in time and after levelling at 10-10, he used the steal serve card to great effect and held on comfortably to complete the whitewash.