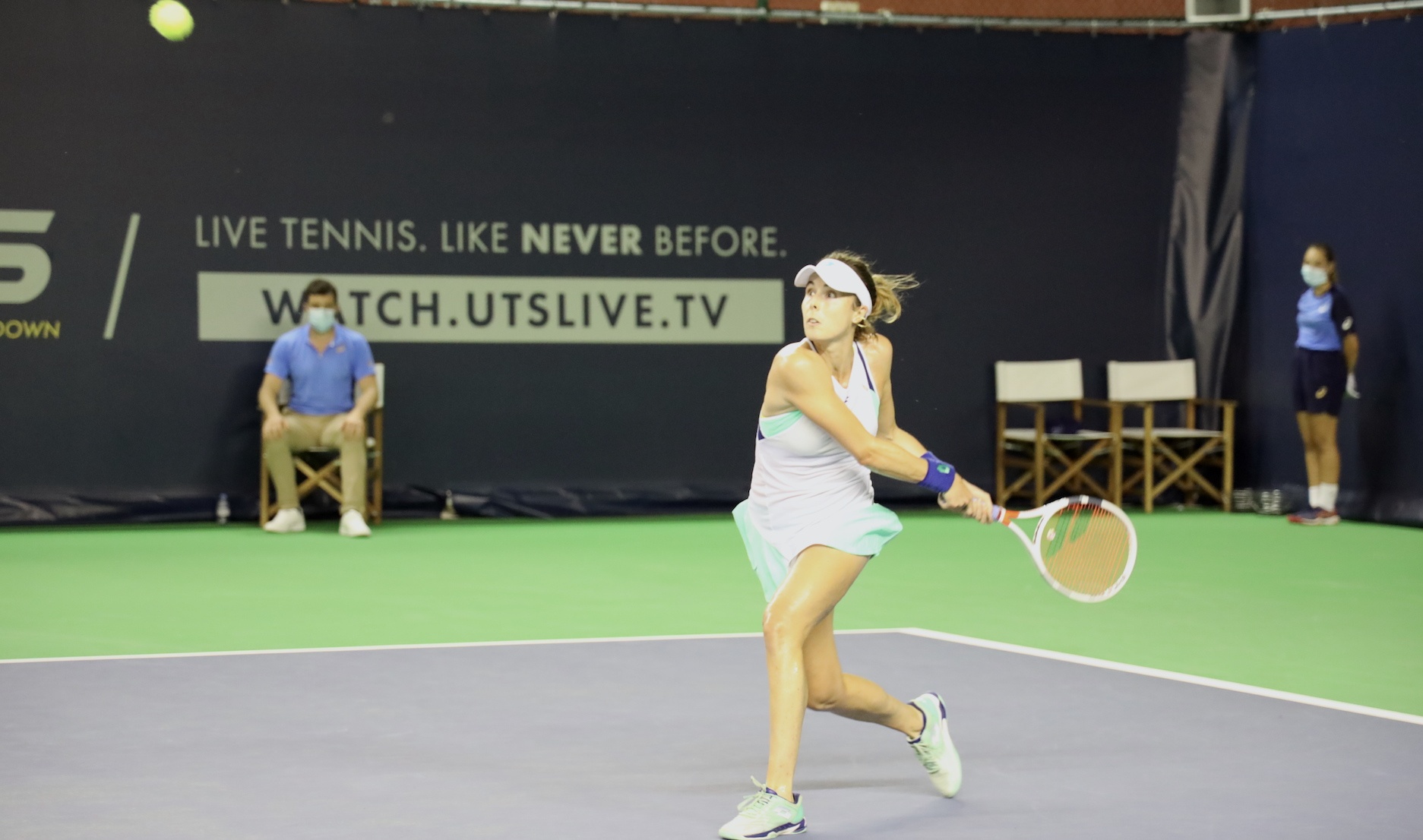 Alizé Cornet is through to the final after winning the first-ever women’s match at UTS on Saturday. Cornet, who is 30 years old, went up against 13-year-old Brenda Fruhvirtova and defeated the youngster 16-11, 16-10, 13-12.

The lava is flowing 🌋

The Volcano clinches the win 3-0 against Brenda Fruhvirtova.

Credits to the 13-year-old prodigy who kept up the level from the start, pushing @alizecornet to the limit.#UTShowdown pic.twitter.com/vLuPW1dBro

With experience obviously on her side in a big way (albeit no experience at UTS, of course), Cornet took control early. The Volcano slowly but surely built a 13-8 lead for herself, at which point she put her foot on the gas by taking away a first serve from her opponent. Fruhvirtova failed to handle the situation, double-faulting on the first point and then shanking a backhand. It was all but over at that point, as The Volcano oozed to a routine quarter victory.

“Oh my god, it’s so different,” Cornet said of the UTS format. “I didn’t play that bad in that set. I’m playing a 13-year-old kid, but it’s good mental practice for me. I have to keep this intensity.”

“It’s something different without warmups,” Fruhvirtova explained. “It’s okay now, I think. I’m really happy to have this chance to play here, so I’m enjoying it.”

The Volcano continues to flow

The Prodigy started to sink her teeth into the match in quarter two, especially when she won a pair of next point counts two points for an 8-6 lead. Back-and-forth they went before the critical blow came with Cornet leading 11-10, when she interestingly played a winner counts three card even with her opponent serving. The Volcano capitalized with a scorching forehand and with that the quarter was virtually over.

“It was really intense,” the Frenchwoman reflected. “The score was really close. I stepped up at the end.”

The Volcano leads 2-0 but the ground is shaking 🌋 The Prodigy isn’t making it easy for @alizecornet. #UTShowdown pic.twitter.com/ii2HskLpSZ

Close but no cigar for The Prodigy

Fruhvirtova found herself trailing most of the third quarter, as well, but she fought back bravely for an 11-10 lead. Cornet switched momentum back in her favor with a lob winner for 11-11 and a fortunate ace off the net cord for 12-11. It eventually all came down to the 12-12 point with no time remaining, for which The Volcano was able to play her must serve and volley card. Forced to get in behind her serve on match point, The Prodigy could not come up with a volley after Cornet put a return right at her feet.

“Physically, this format is crazy – especially if you have two or three rallies in a row,” The Volcano commented. “I’m really happy I could get through in three quarters. My level was going down and she started playing better. Psychologically, it’s hard. You cannot let go of a single point. Mentally this match was hard. I’m happy the oldest one won today.”