Grigor Dimitrov earns his first win at UTS in his final match, battling past Nicolas Mahut – who was making his UTS debut – in a competitive encounter to kick off Saturday’s schedule. 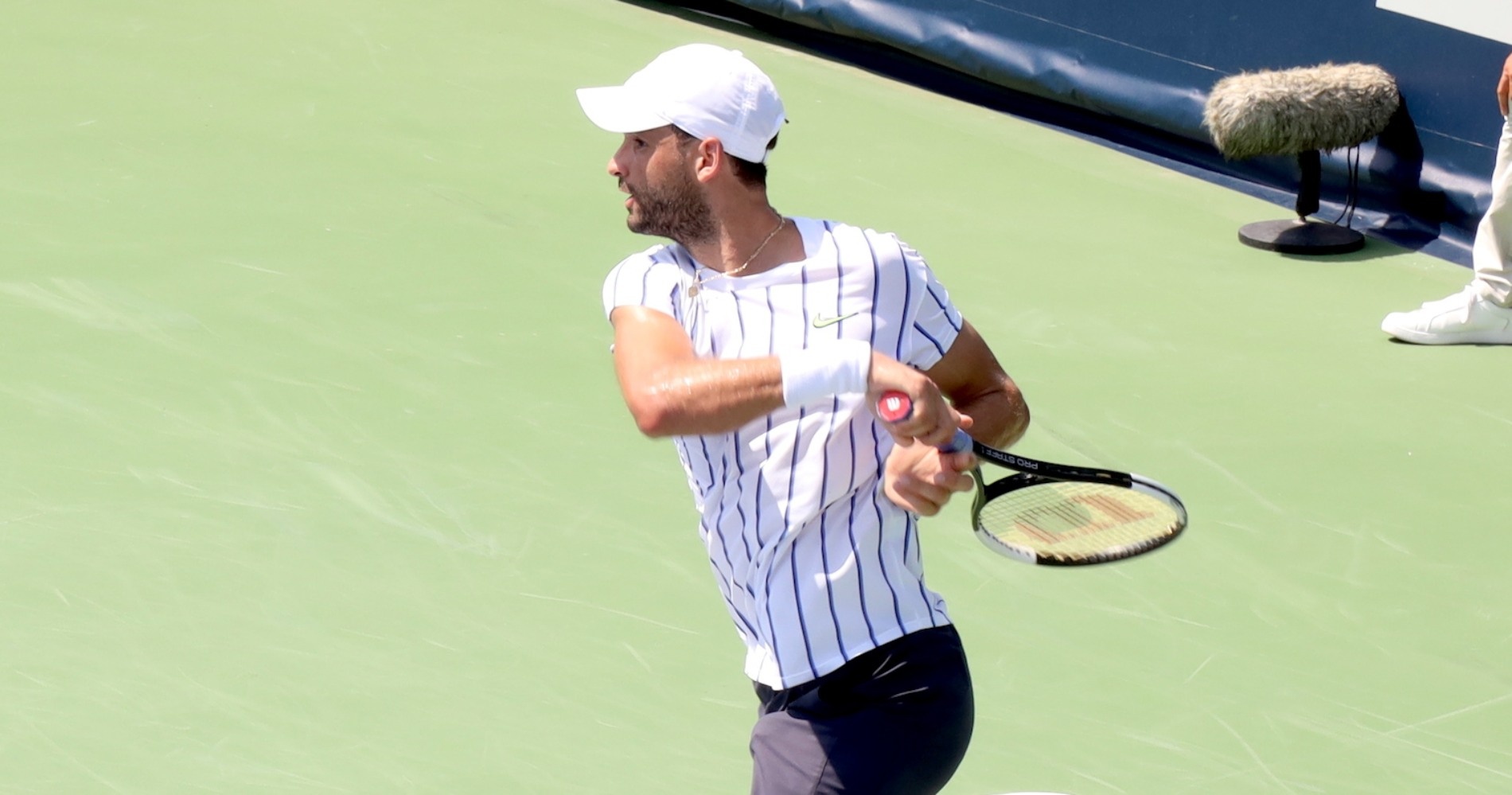 Despite being mathematically eliminated from semifinal contention, Grigor Dimitrov played for pride and defeated Nicolas Mahut 14-11, 13-15, 15-14, 12-10 at UTS2 on Saturday afternoon.

Grigor gets off to a fast start

Dimitrov lost to both Richard Gasquet and Feliciano Lopez last weekend after recovering from a difficult bout with the coronavirus. Not much has been going right this summer for the Adria Tour participant, so he did well to produce a positive result in his UTS swansong. Grigor came out strong against The Musketeer, taking an 8-6 lead in the first quarter in part thanks to a couple of serves off the net cord. Mahut used a next point counts two card, but won none of those points. Grigor soon came up with a spectacular backhand pass for 12-6 after playing a next point counts two card of his own. An ace quickly extended the advantage to an insurmountable 14-6.

“I haven’t hit one of those in a while,” the Bulgarian said of his amazing backhand. “That kind of made my day regardless of the result.”

“I didn’t have a good start, but the no-let serve at 7-6 was the key,” Mahut noted. “Then he used the card for a next point counts two.”

The first quarter would prove to be the only one that did not come down to the last point and the last second. A back-and-forth second frame saw Mahut go from an 11-9 deficit to a 13-11 lead with a pair of next point counts two victories. At 13-13, Dimitrov used a take away one serve card – thus basically forcing his opponent to hit second serves. It didn’t matter, though, as The Musketeer won both of those points in the final seconds to prevail 15-13. It ended with a 14-13 point on which Dimitrov netted an easy forehand pass right on top of the net.

“I feel like I got robbed on three calls,” Grigor complained. “Maybe don’t hit the lines,” he joked when asked what he would do differently.

Quarter three also came down to the final point. Neither player could gain much of an upper hand en route to a 7-7 deadlock. Out of nowhere, though, Mahut reeled off five straight points for 12-7 before using a coaching timeout to catch a breath. Dimitrov answered with a 5-0 run of his own – doing so in the span of three points thanks to a next point counts two card. With less than 10 seconds remaining, Mahut produced an ace with a next point counts two card to change a 13-12 deficit into a 14-13 advantage. Grigor promptly forced a deciding point at 14-14, after which Mahut sent a backhand return well long to give the Bulgarian the quarter.

“I have to put my return in the court,” the 38-year-old admitted. “It’s all on me. And when I played the next point counts two card, I need to make the volley. Tell me some good advice.”

Drama continued in the fourth. Mahut seized a quick 5-1 lead only to see Dimitrov level things at 5-5, and from there it was back-and-forth the rest of the way. Mahut played his must win the point in three shots card at 6-6, and Dimitrov forgot the rule – thus losing the point in comical fashion. Grigor remembered on the next point, however, coming to net and putting away a volley for a winner on the second shot. That kept him level at 7-7. He drew even again at 9-9 with a brilliant forehand pass, and a successful next point counts double play brought him to 11-9. Mahut gave himself a chance by taking the next point for 10-11 as the clock ticked down, but a double-fault ended the proceedings in unceremonious fashion.

“I’ve played Nico so many times”, Dimitrov reflected. “It’s always a pleasure. We’ve known each other forever. It just came down to a few points here and there, as you saw. I like being here. It was a pleasure that I could spend some time on the court. My health right now is the most important thing. Some days I don’t feel good at all and some days I have energy for a certain amount of time.”