Richard Gasquet kept up his outstanding level of play to dismantle a perplexed Dustin Brown 23-10, 20-5, 18-13, 18-10 and record his third win in four matches at Ultimate Tennis Showdown. 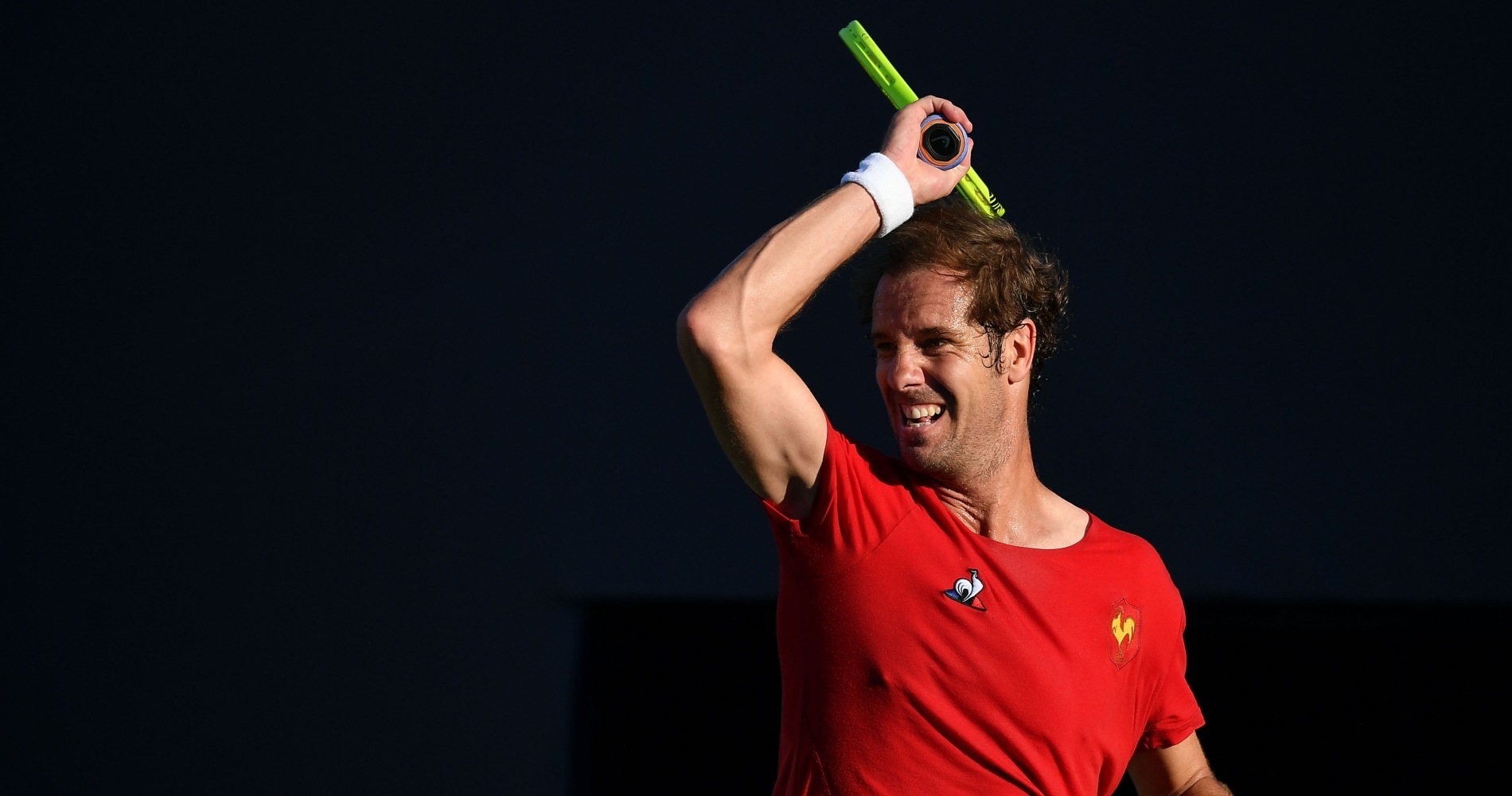 The man nicknamed The Virtuoso followed up his brilliant victory over Dominic Thiem on Saturday and, if anything, found another level to record his third victory of the tournament.

Dustin Brown The Artist had thrilled and entertained in equal measure and perhaps deserved more out of his opening three matches, of which he won quarters but not wins against Stefanos Tsitsipas, Benoit Paire, and Matteo Berrettini. Gasquet, on the other hand, has been on blistering form and perhaps should have beaten Tsitsipas before putting on a tennis clinic against World No.3 Thiem on Saturday.

In this revolutionary new format of tennis that encourages speed of play and speed of thought, one of the most important features is the use of ‘UTS cards’ of which players can pick between four pre-match and use two in each 10-minute quarter.

Both Gasquet and Brown opted for the popular ‘Steal Serve’ and ‘Winners Count x3’, and it was The Artist who was first to play his Winner x3 at 5-7 down in the opener but lost both points on serve, going for too much on his second serve in an attempt to claw his way back.

It was now The Virtuoso’s to lose, and with two cards of his own, the Frenchman extended his lead to a dominant 17-5 as the clock dipped under three minutes. The biggest lead of the tournament to date. The quarter done, it was left for Brown to practice some shots, including a rifled backhand return up the line and a half volley lob winner. But the quarter belonged to Gasquet, 23-10.

The Artist is creating … 🎨

Gasquet playing career-best tennis as Brown has no answers

“It’s a good start, a very good start. As you say, I played wonderful yesterday, one of my best matches, even including ATP Tour, so I am feeling good. Dustin will play better in the second set, so I need to be careful.”

Nobody can doubt the talent of a man who boasts a 2-0 record over the great Rafael Nadal on the lawns of SW19, and this format is one that should play to the Artist’s strengths. But Gasquet’s court coverage and anticipation was as good as it’s ever been, and he again opened up a big early 7-2 lead.

Gasquet was the first to deploy his UTS card of “Steal Serve” and it again paid off, further extending his lead without hitting the out and out winner. A coaching time out, of which players are allowed four, was the right call for a perplexed Brown.

“I really don’t know what to do even when I’m playing good, he’s reading all my shots,” quizzed the German. The advice coming back was to get into the net more, which Brown did well, only to see two more winners fly past.

The result? Another dominant performance and, on this form, Gasquet would probably be wishing he could play back-to-back majors right now.

"It's an absolute lesson right now."@DreddyTennis is hoping that @richardgasquet1 comes back to earth before this match is over… 🤞#UTShowdown pic.twitter.com/Z8vCAglHOK

“I know how dangerous he is, and he can win any quarter, so I can lose this match and still be concentrated to win,” said a modest Gasquet at the second change. “I am feeling great, took a lot of confidence from yesterday (Saturday) and when you beat a guy like Dominic you feel good after this, but it’s still one set and I know how dangerous he is so anything can happen.”

"I hope he said no to playing better in the fourth" 😨@richardgasquet1, can you just tune it down a notch?#UTShowdown | @DreddyTennis pic.twitter.com/Fkoyhthu0E

It was Brown who got off to the better start in the third quarter, opening an early lead. And then, a tactical error from The Artist, playing an attempted drop shot but giving his opponent a Winnerx3 opportunity before a hooked forehand winner meant six quick points for The Virtuoso.

Forever the entertainer, Brown lived up to the billing of a dangerous animal, clawing his way back to within a point as the clock ticked below three minutes. But even the Bryan brothers with tramlines allowed may not have got past Gasquet on this kind of form, as he sealed the match with an 18-13 quarter.

“It’s better for me, this format, than to play ATP maybe,” added Gasquet. “I am playing good, it is a great match, I have a fourth set now to win but it was a very good match.”

There was still one quarter to play, although Brown would be forgiven for throwing in the towel. The Virtuoso was practically unbeatable on this balmy Riviera evening, and the entire UTS field will be taking notice of the form player of the tournament.

11/10 tennis from The Virtuoso 👌@richardgasquet1 doesn't even need to use his cards to run away with the fourth quarter, winning 4-0 against @DreddyTennis.#UTShowdown pic.twitter.com/sRJfj7TwWb