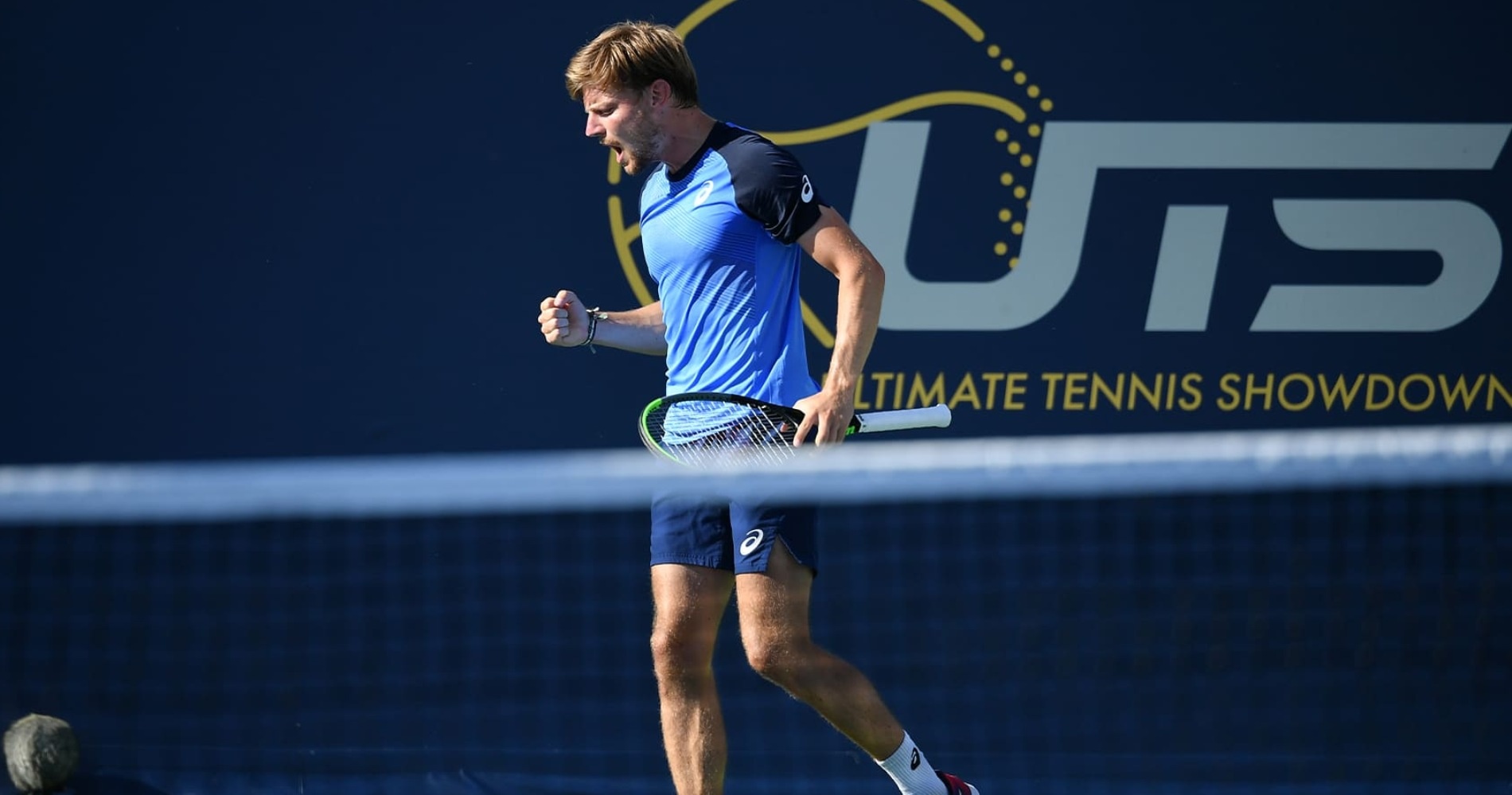 Victory for The Wall means that he now moves to sixth in the standings and keeps his hopes of qualification alive with three round-robin matches still to play.

The third match of the sixth day of Ultimate Tennis Showdown was not one that was initially on the cards. Goffin had been due to play the entertaining Dustin Brown, but an ankle injury sustained overnight meant that Benchetrit, who had also beaten Lucas Pouille as a stand-in, had another chance to shine.

And it was The Underdog who enjoyed the better start to the match, opening up an early 4-2 advantage before Goffin stormed back to win seven of the next eight points.

Arguably the most important aspect to this new format of high speed and high intensity tennis is the use of ‘UTS Cards’ of which players are allowed to choose from two between four pre-match and utilise two per ten-minute quarter in order to give them an advantage – if utilised correctly!

And it was Goffin who was first to roll the dice, employing his -1 Serve to good effect before his opponent called for a coaching time out, of which four are allowed. The advice? Don’t be afraid to slice the return on the forehand and keep up the early good work. 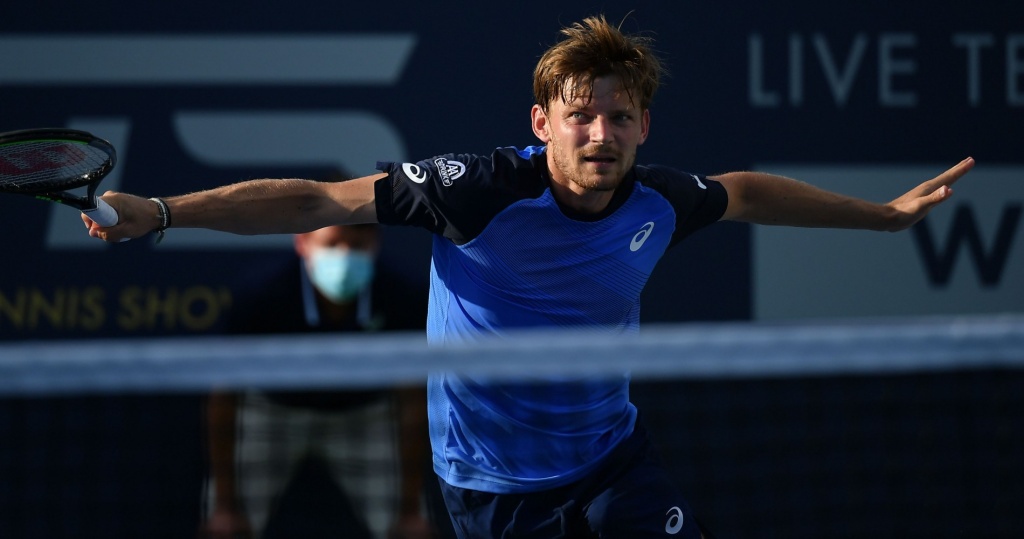 It seemed to do the trick, Benchetrit drawing level at 10-10 with a rocket of a serve before a Winners x3 ace from Goffin edged the Belgian ahead. Back came the Frenchman with a Winners x3 forehand of his own, Goffin perhaps making a mistake in bunting the ball back in play, and The Underdog took the opening quarter.

“My winners came at the right moment,” said Benchetrit. “A really tough one but came at the right time and now the first quarter is for me. I found out I was playing at midday but was ready because I had a good week of practice.”

The Wall discovers trademark consistency to forge ahead

Goffin is not known as The Wall for nothing, however, as Alexei Popyrin and Feliciano Lopez discovered to their cost. And, after a little coaching advice from Thomas Johansson to return closer to the baseline and take the ball early on his forehand, the Belgian bucked his habit of losing quarters that he has been in control of to level the match thanks to a late Winners x3 ace and overhead double.

“It was good advice to hit my spots in front and I hit two Winners x3 to take me ahead, so it was much better, more winners, so very positive for the next one,” said Goffin. “Sometimes we discuss the tactics and sometimes we don’t agree, of course!”

The Underdog would now have to provide another typical underdog performance to again break down the defences of The Wall, and used all the tricks in his armoury to run his opponent around with some clever dinks and lobs.

As so often is the case, however, consistency often wins out over showmanship and Goffin was now into his stride after a slow start, easing to a comprehensive 14-10 quarter despite a late rally of five unanswered Benchetrit points.

There was still a chance for Benchetrit to take the match to sudden death, should he win the final quarter. But a second serve Winners x3 ace for Goffin and overhead winner for six points gave The Wall enough of a cushion to see out a 3-1 victory.