Home » News » Berrettini : “I have to thank my mum for having such long arms”

Berrettini : “I have to thank my mum for having such long arms”

Matteo Berrettini saved two match points against Stefanos Tsitsipas to win the first-ever Ultimate Tennis Showdown. The Hammer is really thrilled about it. But won’t celebrate… 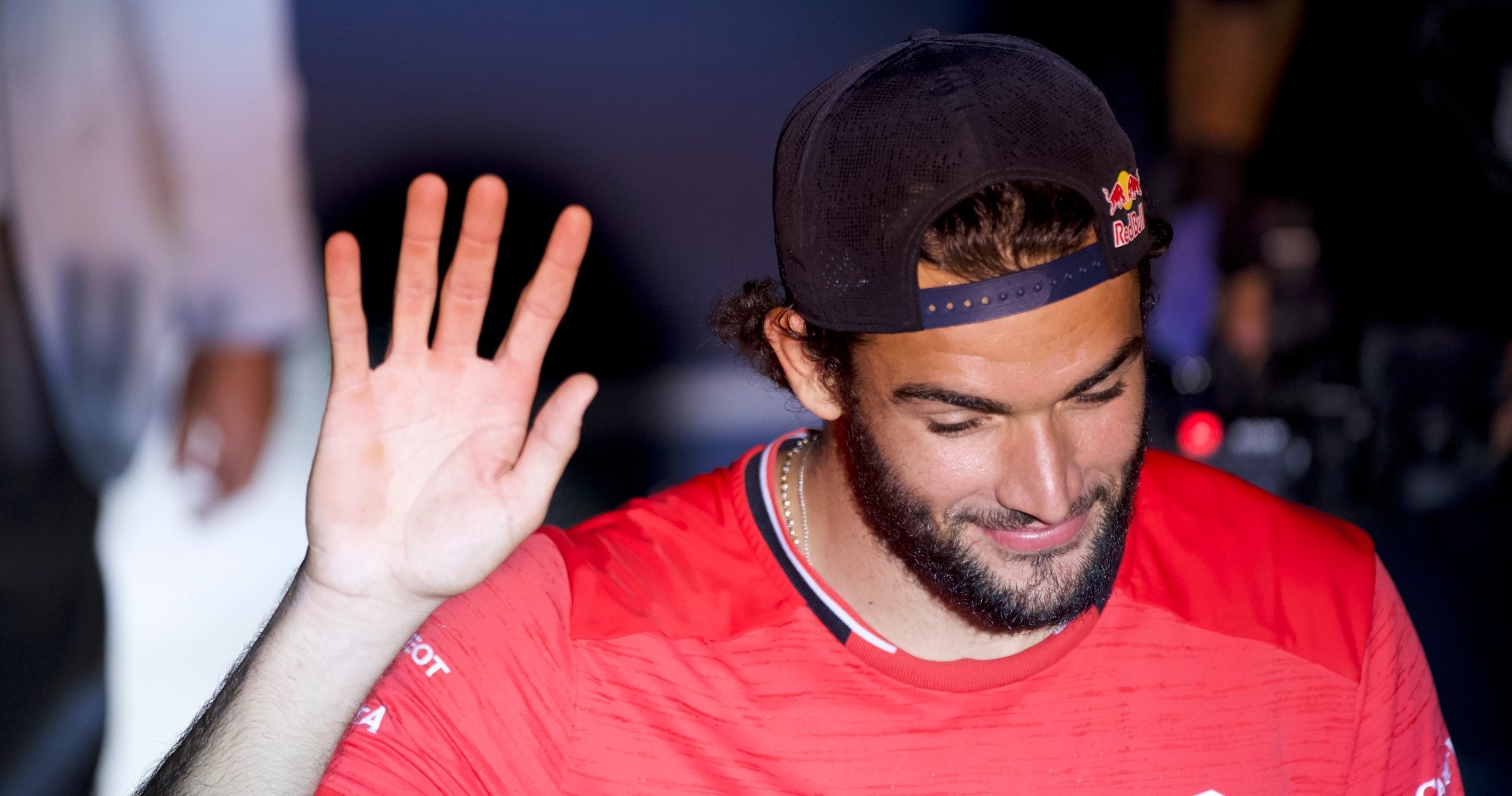 Though he was up two quarters to love against Stefanos Tsitsipas, the Italian started to fear the win was running out of his way. “I played a really great third quarter. I had a great chance because I was serving with 30 seconds left, he remembered after the match. Then I lost a little bit of energy, and I have to say he played better and better.” He finally prevailed in a thrilling sudden death saving a couple of match-points. “It was great adrenaline, and also a great level of play I think, the Italian resumed. I am really happy with my performance today (Sunday).”

He gave his views about the two points that sealed his victory. “I have to thank my mum. That is why I am so tall, and I have so long arms”, he smiled at the commentators Jenny Drummond and Pete Odgers right after the match, hinting at the match points he saved with a volley in full stretch on a Tsitsipas’ backhand passing shot. The Italian then spoke about the point that gave him victory. “I was just knowing he would come on my forehand side on the approach. Then I just closed my eyes and hit the forehand passing shot,” he said.

The moment Berrettini handed Tsitsipas his first loss in sudden death – and what a time to do it!#UTShowdown pic.twitter.com/CTIpAJA5yY

“I can’t party tonight, I play on Tuesday on the grass…”

Berrettini then made an assessment of his whole UTS experience. “I loved it. The format is going to help me more for next matches. Last week in Kitzbühel, playing normal tennis I was like ‘oh this is slow’. After 14 minutes of play, I was only up 2-1. In UTS, having less time to serve, it pushes me to adapt my game on my serve. It forces you to think to the next point.”

Despite his win, the Italian won’t celebrate his title in big fashion tonight: “I can’t party tonight, I play on Tuesday on grass…”. Indeed, he will fly to Germany on Monday to play the Berlin Invitational right from Tuesday. It’s a shame: winning two sudden death in a day would have deserved to be celebrated.