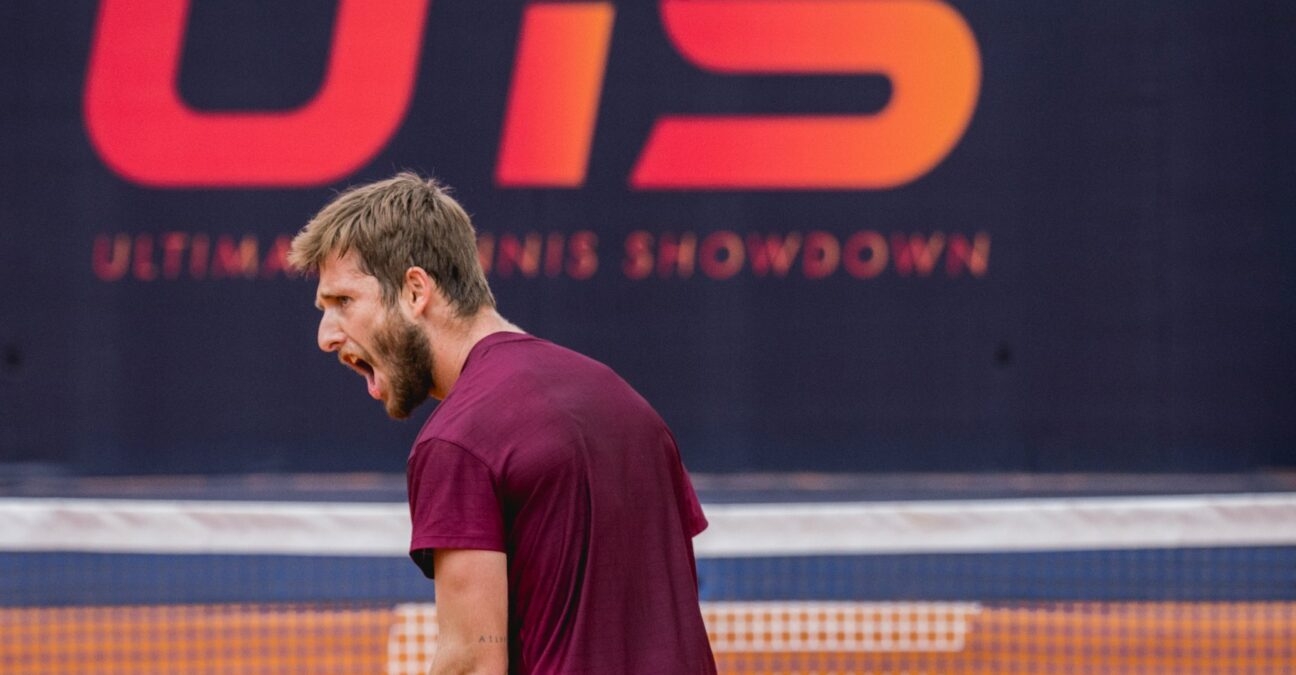 The Tornado – Corentin Moutet – blew through the Mouratoglou Academy again on Tuesday and the young Frenchman is into the final of UTS4 after another brilliant performance, downing Cristian Garin – El Tenque-  3-0 under the lights.

His 18-11, 12-11, 16-11 victory sends him through to a final against American Taylor Fritz, who upset Diego Schwartzman in the first semi-final earlier on Tuesday.

Unbeaten in the group stages, Moutet picked up where he left off, utilising all his armoury to put Garin on the back foot, so much so that El Tanque was even on the ground at one stage after a fall.

The left-hander pulled clear midway through the quarter, using his next point counts double card perfectly, winning both to go up 13-7 and when he made it to 18-8, the KO mode kicked in and the quarter was over.

Garin gets his timing wrong

Moutet maintained his momentum as he took an early lead in the second quarter and came up with one of the shots of UTS4 as he ran down a drop shot to fire the ball around the net for a winner.

Garin stayed solid, though, and even began out-drop shotting the king of the drop shots. It worked, too, as he levelled at 8-8, 9-9 and then, crucially, at 11-11 with five seconds remaining.

But after all the hard work to get back into the quarter, El Tanque then sent his forehand return over the baseline to give Moutet the quarter, though Garin was furious, believing he had not been allowed to use his final UTS card, despite calling for it on several occasions.

The incredible shot-making continued apace in the third quarter and Garin upped the ante early on with some thunderous forehands as he led 6-5.

But Moutet again proved to be the master of the UTS cards, winning both his points with the winner counts for two card to go 12-6 ahead and from then on, he was able to run down the clock.

A couple of brilliant angled volleys thrilled those watching on in the stands and Moutet cruised through to a second meeting in two days with Fritz, the Frenchman having won the first.