Home » News » October 12, 1996: The day René Lacoste, the last surviving member of the Four Musketeers, passed away at the age of 92

October 12, 1996: The day René Lacoste, the last surviving member of the Four Musketeers, passed away at the age of 92

Every day Tennis Majors takes you back in time to celebrate a great moment in tennis history. Today, we go back to 1996 to pay a tribute to René Lacoste, one of the French Musketeers and founder of the famous crocodile brand 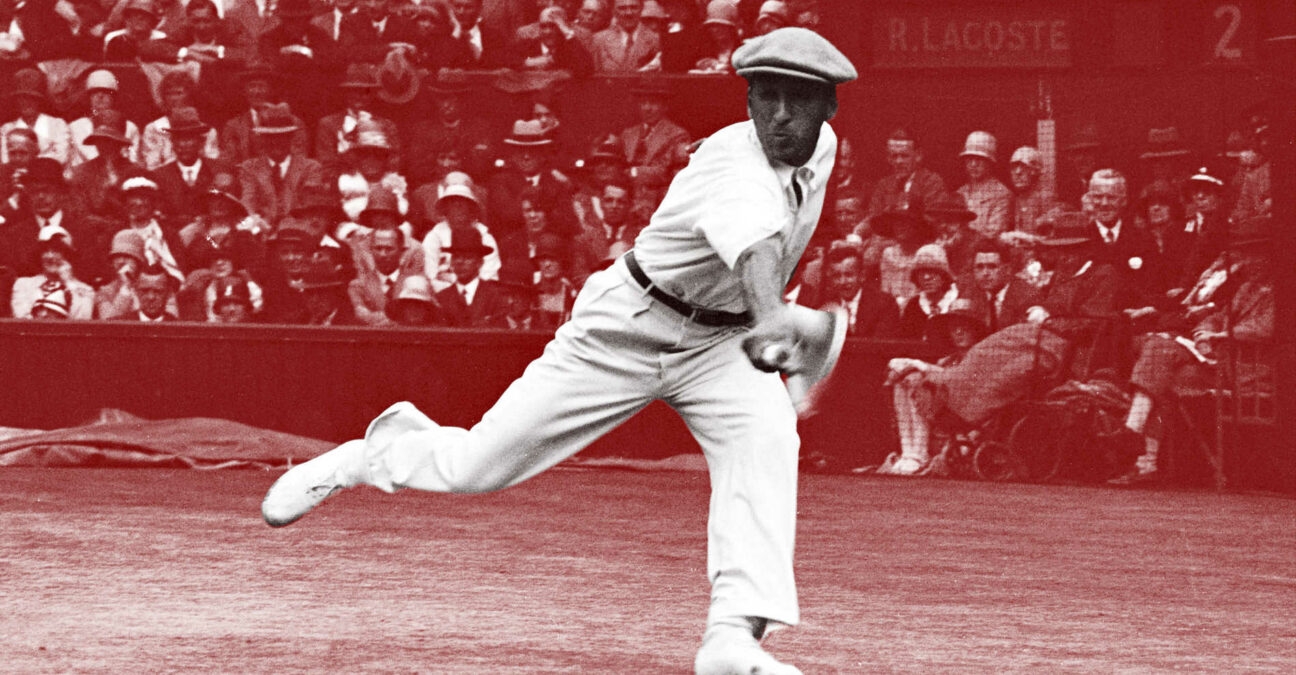 On this day, October 12 in 1996, French tennis legend René Lacoste died at the age of 92. Lacoste first burst into the spotlight as part of the Four Musketeers from France, who won the Davis Cup six times in a row (1926-1932). After hanging up his racquets, he met success as an inventor and founder of one of the most iconic sportswear brands, Lacoste, bearing the trademark crocodile logo.

Rene Lacoste was born in 1904. Although he was an outstanding student, he decided to drop studies at the age of 18 in 1922, to put all his efforts into tennis, a sport that he had begun only three years earlier. Although Lacoste was neither the most athletic nor the spectacular player of his time, he was one of the first to have a more professional approach of the game. The Frenchman paid attention to his physical condition as well as his diet and was known for keeping a notebook where he would write down the strength and weaknesses of his opponents.

According to Bud Collins, “he became a master of the backcourt game, choosing to maintain a length of inexorable pressure to exact the error or the opening for the finishing shot, and repelling the volleyer with passing shots and lobs”. With such a game style, he soon embraced the nickname “the Alligator”( which later became “Crocodile”) that he was given after a bet involving a crocodile suitcase, with his Davis Cup captain in 1923.

However, Lacoste earned more fame for his results with the French Davis Cup team. Along with Henri Cochet, Jean Borotra and Jacques Brugnon, they formed a dream team which came to be known as “the Four Musketeers”. Together, they led France to win the Davis Cup for the first time in 1927 – a feat that also led to the construction of the Roland-Garros stadium the following year to host the 1928 Challenge Round. Lacoste also participated in the successful 1928 campaign as a player, and he captained the victorious French teams in 1931 and 1932.

Amongst his biggest achievements was the upset of the great Bill Tilden, whom he defeated in the American’s own backyard at the US Nationals final in 1927 (11-9, 6-3, 11-9). Due to health issues, Lacoste retired from the game after his title at Roland-Garros in 1929.

Not only was Lacoste one of the greatest players of his time, the Frenchman also had a very creative mind and is credited for many inventions that changed tennis history.

The first of them is the racquet grip, which he invented on the boat en route to New York in 1923. In 1927, Lacoste built the first tennis ball machine, described at the time by the French paper Paris-Soir as “a machine gun which, instead of spraying out lethal bullets, would launch, according to the desire of the person operating it, tennis balls with the desired speed, length, height and direction”.

In the 1970s, Lacoste was also the first to imagine a dampener to put on the strings to reduce vibration.

However, his most important contribution to tennis technology was the conception of the first racquet made out of metal. He filed the patent for this new racquet in 1961. It was bought by the tennis brand Wilson, and it lived in tennis history as the legendary T2000, used by Billie Jean King and Jimmy Connors. In the 1980s, Lacoste also invented the odd-shaped Equijet racquet, used by Guy Forget when he won the Paris Masters 1000 as well as the Davis Cup in 1991.

Despite all these remarkable achievements, René Lacoste’s biggest success was probably the founding of the iconic brand bearing his own name.

In 1933, the former tennis player joined forces with André Gillier, a leading French hosiery manufacturer, to conceive a white shirt called L.12.12., with an airy fabric making movement easier. Lacoste was the first brand to put its logo visible on a garment and the shirts, along with the embroidered crocodile was soon to be seen on the tennis courts all around the world. Eighty years later, more than 10 million Lacoste shirts are sold around the world every year and the brand is endorsed by several top players today including Novak Djokovic and Daniil Medvedev.

Named honorary president of the French Tennis Federation, René Lacoste entered the International Tennis Hall of Fame in 1976. He was the last of the Four Musketeers to pass away, on October 12, 1996, at the age of 92 in a hospital in his home town of St. Jean de Luz after surgery on a broken leg. Lacoste had also been suffering from prostate cancer.