The Artist lacks of creativity to find a way at UTS1

– 120. That is Dustin Brown’s point differential after his fifth Ultimate Tennis Showdown match. That means that, on average per match, he has scored 24 points fewer than his opponent. 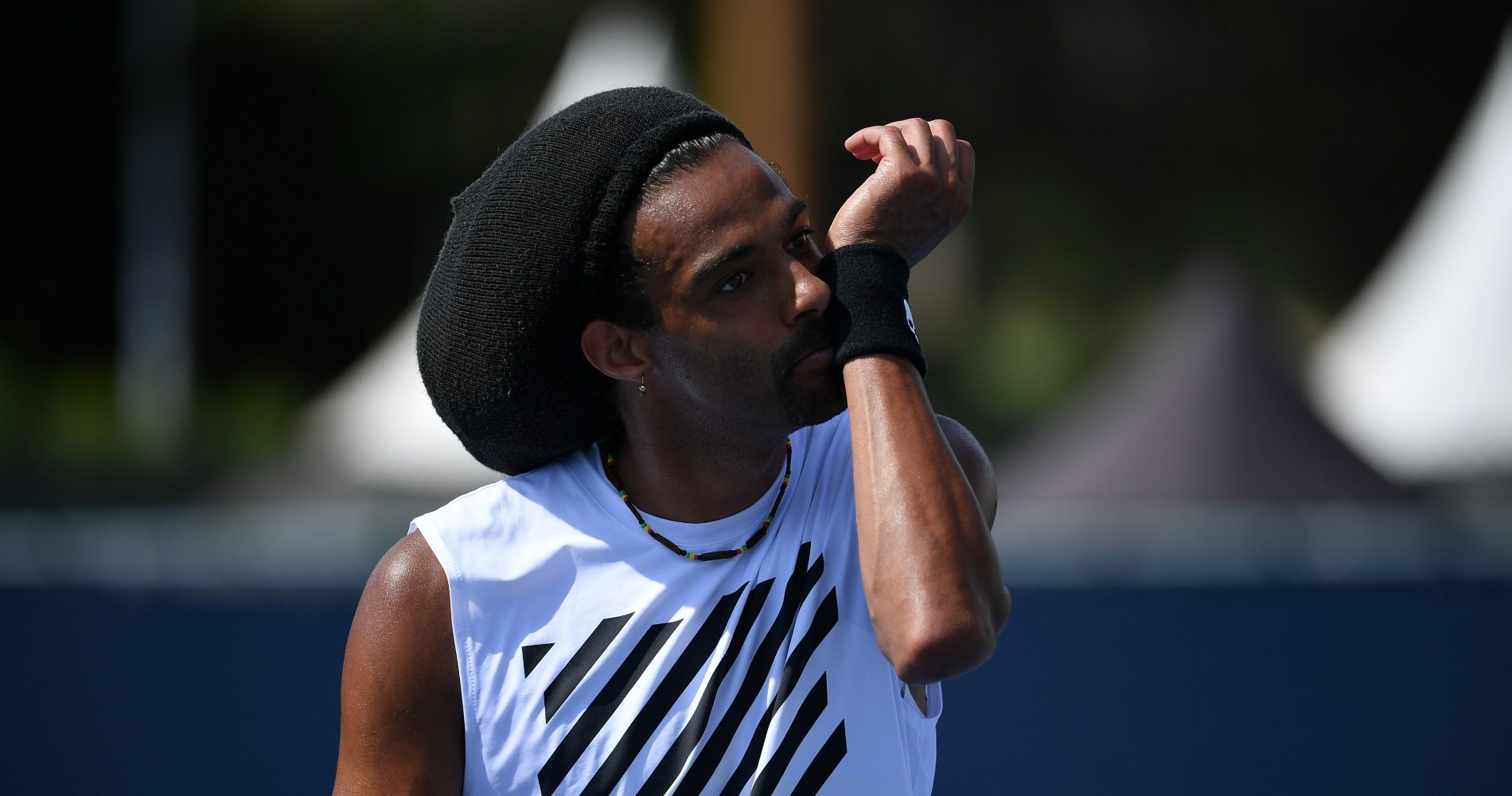 The world No 239’s style of play perfectly embodies Patrick Mouratoglou’s wish for a more entertaining brand of tennis, featuring emotions, unpredictability and trick shots. But at the Mouratoglou Academy, Brown is part of a very crowded field where he is by far the lowest ranked player. Alexei Popyrin (#103) and Corentin Moutet (#75) are the only other players ranked outside the Top 60 in a cast that includes four top 10 players.

The good news – there’s three more trains (aka quarters) in the next hour 🤓#UTShowdown | @DreddyTennis pic.twitter.com/Z66COAXIgJ

The German has now lost eleven quarters in a row. Since seizing the opener against Stefanos Tsitsipas before losing the next three last Saturday, he lost 4-0 against an in-form Richard Gasquet last Sunday, and 4-0 this Saturday against Corentin Moutet.

Brown really looked frustrated this Saturday on the court. It didn’t help that Moutet was playing truly inspired tennis. On a couple of occasions, Brown smashed a ball outside the court. Later in the match, he argued with the umpire in the fourth quarter for no reason, something he does not typically do.

Brown: “It is very annoying…”

The Artist was very eager to start quickly and build a lead against Moutet but when it didn’t happen he seemed somehow resolved to lose from mid-match. In the first and second quarter, he was tied with the Frenchman at crunch time but eventually lost the quarter in the last 3 minutes of each. In the third and fourth quarter, he showed poor body language. His face wore the anguish and it seemed he was not fighting on every ball as he usually does, defeated at his own game by Moutet’s amazing trick shots.

On Saturday, the German played some very good tennis especially in the first two quarters but just got outplayed.

“It is very annoying when I am playing well and I am losing points for a very close margin. I am serving a lot better today and it didn’t pay off”, he told the commentators at the end of the first quarter.

The style points are going the way of @DreddyTennis, but it’s @moutet99 who leads 2 quarters to 0 on the scoreboard.

The German expressed again that the UTS court, despite being a hard court, was not doing him any favours. “Again, it is very difficult for me to play aggressively on this court, the Artist explained to the commentators at the end of the second quarter. Balls stand up too much. That is not my best surface”. Last week, asked about why he did not serve and volley so much during his first four matches, he told Tennis Majors: “Against these guys on this court, I can’t do it more. They are just too fast and their balls are too easy”.

On Sunday, against The Wall David Goffin, it won’t be easier.