The Rebel stuck in an internal conflict with his serve

15 double-faults! Benoit Paire’s serve was not worthy of a professional tennis player this Saturday against Alexei Popyrin. 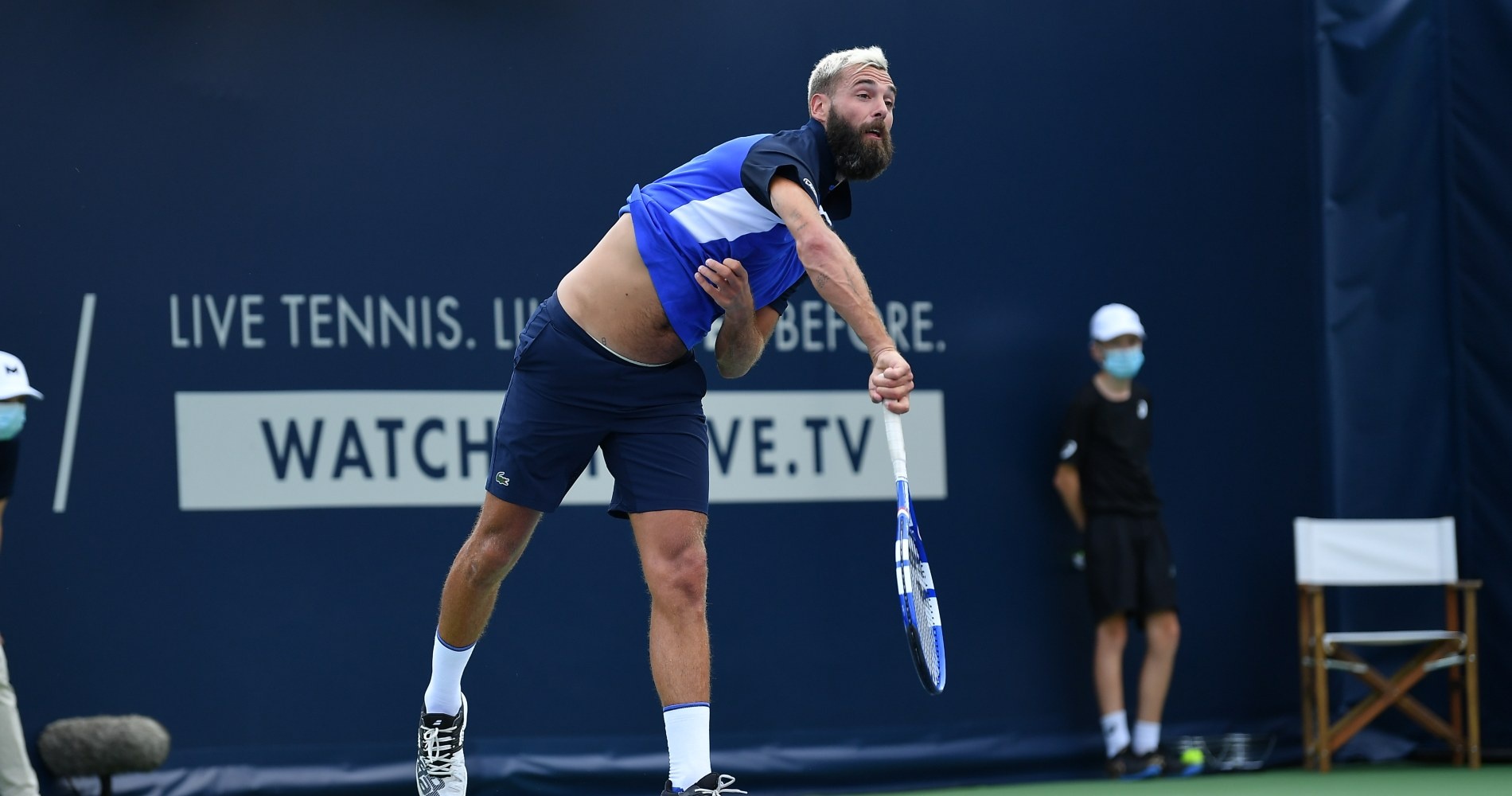 The world No 22 also complained about his serve during the match. “How come I serve so bad?”, he shouted, up 6-4 in the third quarter, before… double faulting again!

The Frenchman managed to make only 48% of his first serves. He notably struggled when facing the “-1 serve” UTS card of his opponent, which gave him only one serve instead of two. In the first three quarters, he then missed his only serve attempts in five out of six occasions, going for a first serve each time.

Generally speaking, the Frenchman is not known for having a particularly high first serve percentage. Over the 456 matches he played on the ATP Tour in his career, he has made only 51% of first serves. But Paire makes only 4.8 double faults per match on average.

Paire: “I wanted to be fresh but it was not a good thing”

Two main factors can explain Paire’s poor serving performance and poor effort overall. First, the world 22 has been struggling with right shoulder pain over the past couple of weeks. He called the physio at the end of the third quarter this Saturday, what he had already done against Corentin Moutet last Saturday.

You heard it here first…

Second, Paire admitted that he had taken “a week off” without training, and serving well requires confidence and practice for him. “I wanted to be fresh but it was not a good thing, maybe I was too fresh”, he admitted to Alizé Lim in an interview after the match.

“Tomorrow (Sunday) I think it will be better”, he added. Against such a constant and clever player as Feliciano Lopez, let’s hope for him it does. Otherwise, his 8-quarter losing streak might well extend.