Home » News » Thiem vs Tsitsipas, Paire vs Berrettini & others: Preview of Day 4 clashes

Thiem vs Tsitsipas, Paire vs Berrettini & others: Preview of Day 4 clashes

3 matches during the day session, 2 matches in night session: here is the UTS1’s Day 4 full schedule. Dominic Thiem and Stefanos Tsitsipas will face each other in the most anticipated matchup of the round-robin. 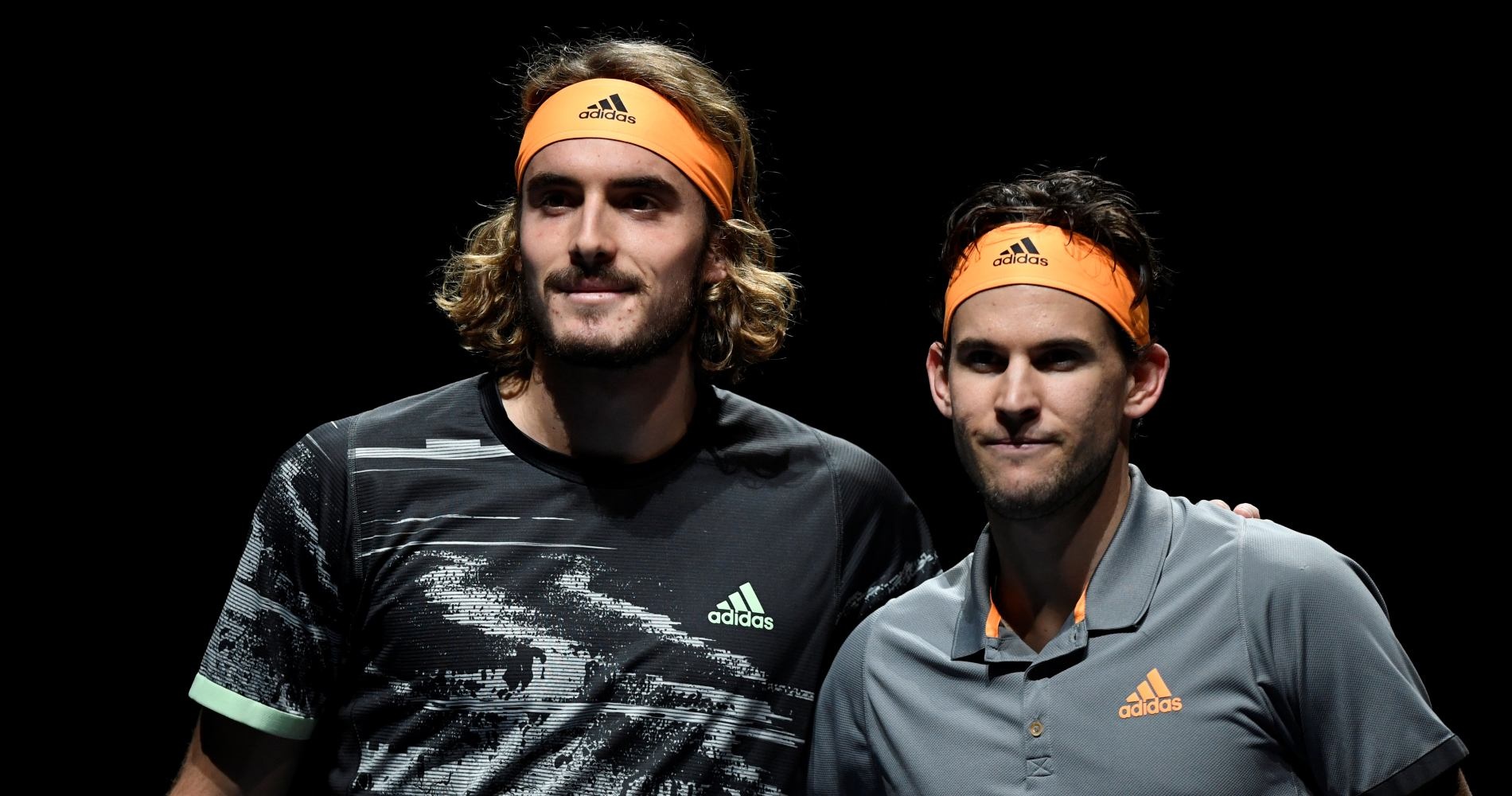 Get set for a bit of youth and vigour as the two youngsters in the UTS field go head to head; Frenchman Corentin Moutet takes on Alexei Popyrin on Sunday. In this battle of two rising stars, the more mature one will prevail. And this matchup could hint at who has the better long term future. Assuredly exciting.

Hammer, meet Rebel. Today’s match is a clash of styles as much as it as a clash of personalities. The rough, rugged Italian Matteo Berrettini will look to impose himself on the edgy, complicated Rebel, Benoit Paire. This first-time meeting promises to be an intriguing matchup of uniquely talented yet drastically different athletes.

Art imitates life… but in sport, The Artist Dustin Brown carves his own path. Today the magic man from Germany will try to carve his way through The Virtuoso Richard Gasquet as the pair meet for the first time since 2016. Will Gasquet find ways to quell the artist’s creativity? If he does he’ll have Brown eating out of his hand, but if he doesn’t he may have trouble finding his balance against the creative frenzy that Brown is capable of unleashing.

Once upon a time Feliciano Lopez had no answer for David Goffin. The Belgian won the pair’s first three encounters on tour–all in straight sets, and none of them were close. But something clicked for the Torero in 2018 when he crashed through the Wall in three tight sets on the grass at Queen’s Club. The Wall poses a threat to those who try to hit through him, so Lopez will be wise to make the most of his refined net game and wicked lefty serve. If he can do that, and play his UTS cards right, he may just be primed for another demolition.

In an interview after week one of the Ultimate Tennis Showdown, Stefanos Tsitsipas was asked which player he wanted to face the most out of the nine other players in the field. The Greek God’s answer came quick: Dominic Thiem. When you want to be the best you want to face the best. Can you say rivalry renewed? The two Top players in the field at UTS have met seven times with Thiem taking four… today these two insanely talented athletes will battle under unique UTS conditions: Four quarters, four cards and a shot to rise above a world-class rival.