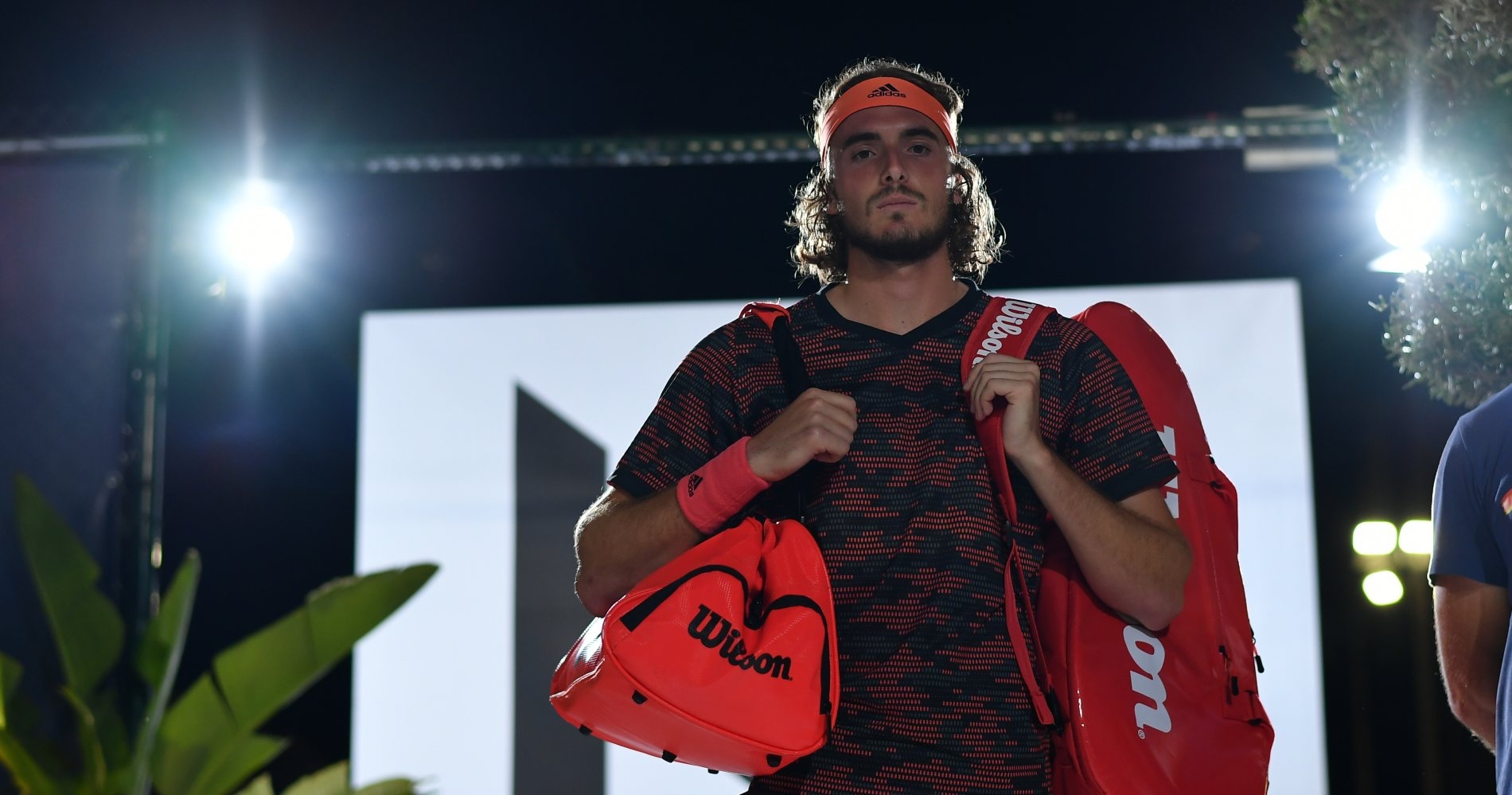 The leader after UTS Day 7

The Greek God, who is also the semi-finalist after Day 7

Not only did Stefanos Tsitsipas retain the UTS ranking first place by defeating Matteo Berrettini in the last match on Saturday. But he also secured his spot into the semifinals two matches before the end of the round-robin. In UTS, the Greek has six wins to only one defeat, which came against Dominic Thiem on Day 4. Thanks to his landslide victory over Alexei Popyrin, Richard Gasquet is now ranked second, with five wins to two losses. Berrettini drops to the third spot, ahead of David Goffin, who enters the Top 4 for the first time on the benefit of his solid triumph over Moutet.

Press ▶️ to relive the best of @StefTsitsipas from his Day 7 comeback over Matteo Berrettini. pic.twitter.com/hbmv2Qg4xg

The World No 6, ranked 1st in the UTS ranking, facing the world No No 8, ranked 2nd. The battle at the top between Stefanos Tsitsipas and Matteo Berrettini was mouthwatering. It effectively proved to be a tennis battle of tremendous intensity featuring an epic scenario. For the first two sets, the Italian was the better player on the court. But as usual, The Greek God was in “no surrender” mode and dug deep to level up the match to two quarters apiece. One must admit the sudden death could have proved more entertaining as the Hammer made a couple of unforced errors that gave the Greek his second comeback win. But what a battle this match has been. We are looking forward to potentially seeing these two meet again on UTS1’s last day.

Dustin Brown, who had won only 3 quarters in 5 matches, coming back from a right ankle injury that forced him to forfeit his Day 7 match. Feliciano Lopez, ranked 5th and mastering the format. The balance looked well in favour of the Spaniard ahead of their second-ever match-up. But straight from the beginning, we understood that Brown was back for good and well, eager to get his first UTS win. The Artist put on a show. He ripped winners from all over the court, mixing power with touch, and prevailed 3 quarters to 1 (15-11, 11-19, 19-11, 18-13) over Lopez, who did not have the legs of his previous matches.

“Last weekend I lay on my bed and I was thinking about how far I could chuck my bag out the window,” Brown said. “To come out and play like this, it’s a big difference, I feel good, I served well. Everything went well. I served well and finally happy to win.”

The UTS Day 6 point of the day

This court is burning 🔥

On Day 7, against Elliot Benchetrit, Benoit Paire played his first sudden death at UTS. The Frenchman was not really prepared for it. “Do you know about sudden death?“, his coach Morgan Bourbon asked him in a coaching timeout at the very end of quarter 4. “No I don’t know”, answered the World No 22. “You have to win two points in a row”, replied Bourbon. “Who starts to serve?“, Paire then asked the referee, who told him than Benchetrit would start as he had won more points during the whole match. It effectively proved of great significance, as The Underdog started with a very good first serve before smashing a stunner of a return.

“Listen – now we step in on the second serve returns and put pressure.”

How coaching can help turn a match around. At a time when, down 7-4 in the third quarter, Goffin was being administered his own medicine by Moutet who was outplaying him from the baseline, Thomas Johansson’s coaching proved decisive. “Listen – now we step in on the second serve returns and put pressure. He is far too comfortable on his second serve.“, said the Swedish. The world No 10 then turned the quarter around to win it 14-10. A case in point of how a coaching time out can change the story of a match, by both breaking the opponent’s momentum and fixing up some precise tactical details.

"Listen – now we step in on the second serve returns and put pressure."@tompatennis calls a coaching timeout as @David__Goffin finds himself trailing Moutet in the third quarter…#UTShowdown pic.twitter.com/2j49rZHIiJ