Stefanos Tsitsipas produced yet another stunning comeback at UTS on Sunday as he came from two sets down for the third time to deny an inspired Courentin Moutet in a dramatic, at times fiery encounter. 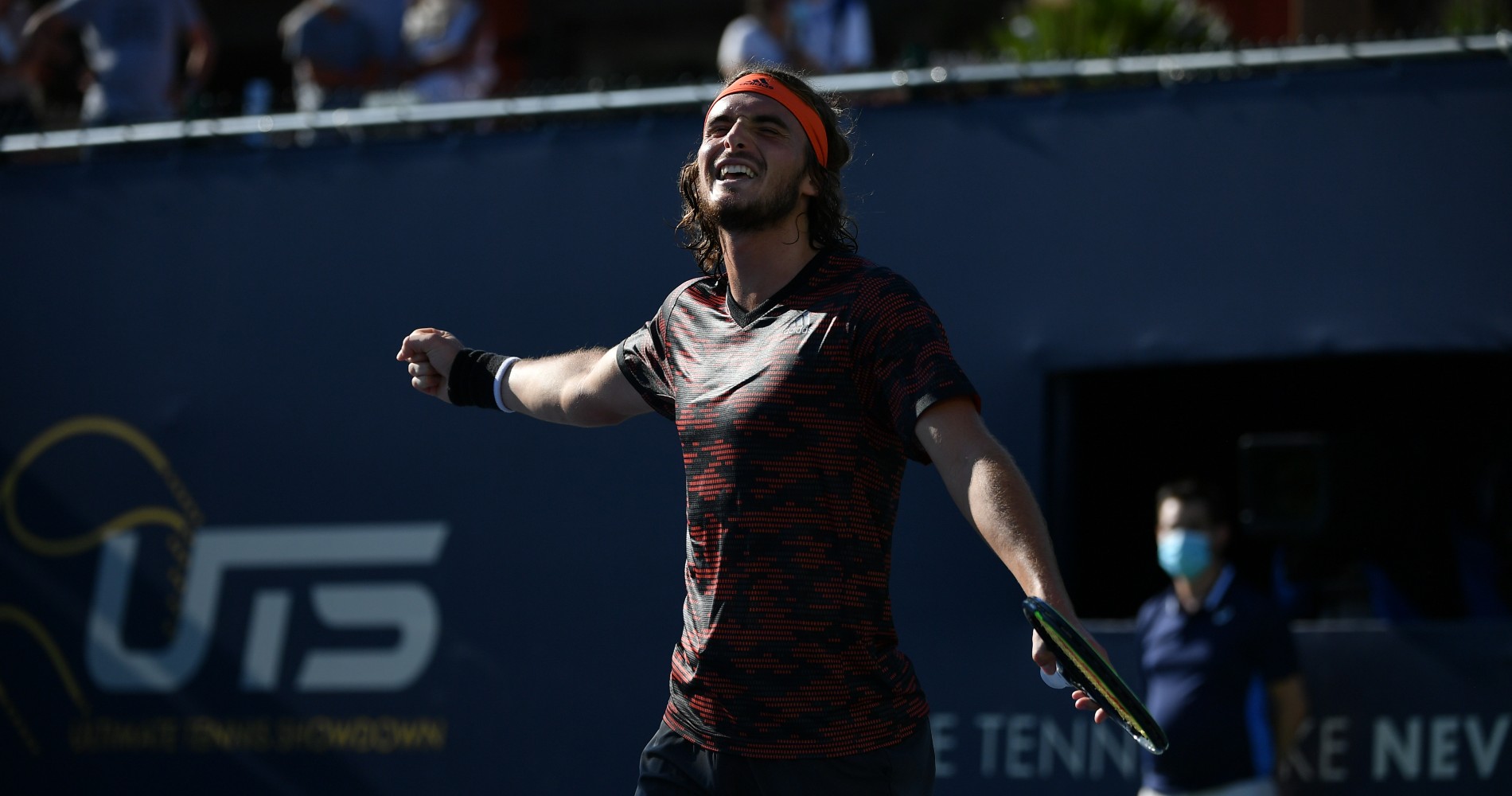 Just call him the comeback king. Or the sudden-death star. Or simply, The Greek God. Stefanos Tsitsipas produced yet another stunning comeback at UTS on Sunday as he came from two quarters down for the third time to deny an inspired Corentin Moutet in a dramatic, at times fiery encounter.

The Greek God was outplayed in the first two sets but came back to force sudden death and then won it 3-1 for his fourth sudden-death victory in seven matches.

Having played most of his matches at night, Tsitsipas seemed to be struggling with the hotter, livelier conditions of the daytime and the mistakes flowed in the first quarter.

Moutet, a magician with a racquet as his wand, played beautifully and won both points when Tsitsipas played his winner x 3 card. The Frenchman then showed him how it should be done with a massive forehand at 13-9 to secure the opener.

Moutet: “Who is choosing the card, the player or the coach?”

At 4-4 in the second quarter, Tsitsipas’s father, and coach, Apostolos reminded him that conditions were different, encouraged him to take his time, get the ball up high to Moutet.

It was a good tactic but Moutet was revelling in the conditions and the atmosphere. At 7-7, when Tsitsipas (with help from his father) called for his winner x 3 card, Moutet said: “Who is choosing the card, the player or the coach?”

Tsitsipas duly double-faulted on the first one but at 8-8, he stole serve and won both points to lead 10-8. But with one minute, 37 seconds to go, Moutet produced his own winner x 3 card and a stunning backhand crosscourt backhand on the second of them put him in front. He then stole the serve and held on to go up two quarters to love.

Tsitsipas seemed relaxed at the change of ends, understanding just how well Moutet was playing.

“I think he’s playing great,” he said. “He’s playing the tennis of his life. I’m going to have to find solutions, keep pushing. I need to find my serve, need to loosen up.”

But as we saw against Feliciano Lopez last weekend and Matteo Berrettini on Saturday, Tsitsipas does not know when he’s beaten and he got himself back into the match thanks to an ace at 7-6 on his winner x 3 card.

“Nothing against Stefanos, he’s a great guy, but his father is stupid”

With the third quarter in the bag, Tsitsipas’ confidence was up but after leading 4-0 in the fourth, he was pegged back to 5-5, when Moutet’s coach took a timeout.

It didn’t do him much good, though as Tsitsipas moved ahead 9-5, before Moutet lost his head, arguing with Tsitsipas from the other end of the court, angry at his father, Apostolos, whom he said was talking while Moutet was serving.

Tsitsipas stayed calm and ran away with the quarter with two winner x 3 points, an ace and a winning forehand.
The drama continued as sudden death began. Tsitsipas won the first point and then Moutet thought he’d won the second only for the umpire to overrule the Greek’s forehand in. “It’s all against me. It’s crazy,” he said.

Moutet won the replayed point to make it 1-1 and give himself a match point – the winner in sudden death being the man who wins two points in a row – but Tsitsipas sent down a big serve and then won it when Moutet pulled a forehand wide.