The leaders collide; two big matches for Thiem: Order of play for Week 3

Richard Gasquet and Matteo Berrettini, who top the UTS rankings, will face each other at Ultimate Tennis Showdown on Saturday in the last match of the day session. Dominic Thiem will take on David Goffin and Berrettini for his second weekend in the competition. 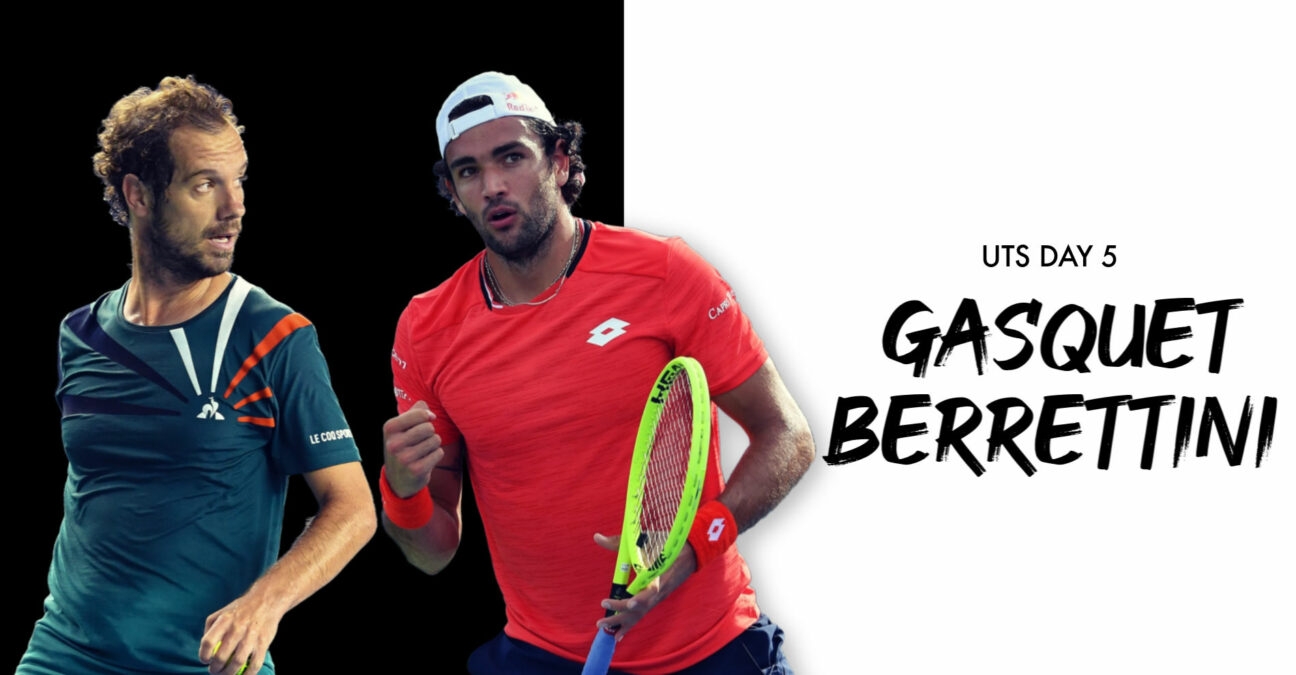 UTS Week 3 schedule will once again be packed with mouthwatering contests. In one of the most appealing of all, the top two players in the UTS standings will face each other. Gasquet, living up to his “Virtuoso” nickname with marvellous play during his two matches last week, and Berrettini will battle to go clear at the top of rankings. This clash will conclude Saturday’s day session. Before that, Dustin Brown will seek out his first UTS win against Corentin Moutet, who has been quick to adapt to the league’s revolutionary format. Alexei Popyrin and Benoît Paire will meet in a duel of two players frustrated by their recent play and often showing their emotions on court.

During the night session, Stefanos Tsitsipas will want to respond immediately after his first UTS defeat, conceded against Dominic Thiem. But it won’t be that simple versus Feliciano Lopez, who grinded through all of his matches and knows how to take good care of the UTS cards. “Domi” will play in the final match of the day, against David Goffin, who is riding a two-match win streak after convincing victories last weekend.

Thiem will have another tough task ahead of him on Sunday, facing Berrettini during the day session. This match will be sandwiched by an all-French clash between Gasquet and Moutet, and a clash of styles when Brown plays Goffin. Lopez will take on Paire during the night session, which will finish with an all-Mouratoglou Academy opposition, between Tsitsipas and Popyrin.