UTS3 got under way in style in Antwerp, with three men bidding for Group 1 honours. And it was Alex de Minaur, “The Demon”, who came out on top. 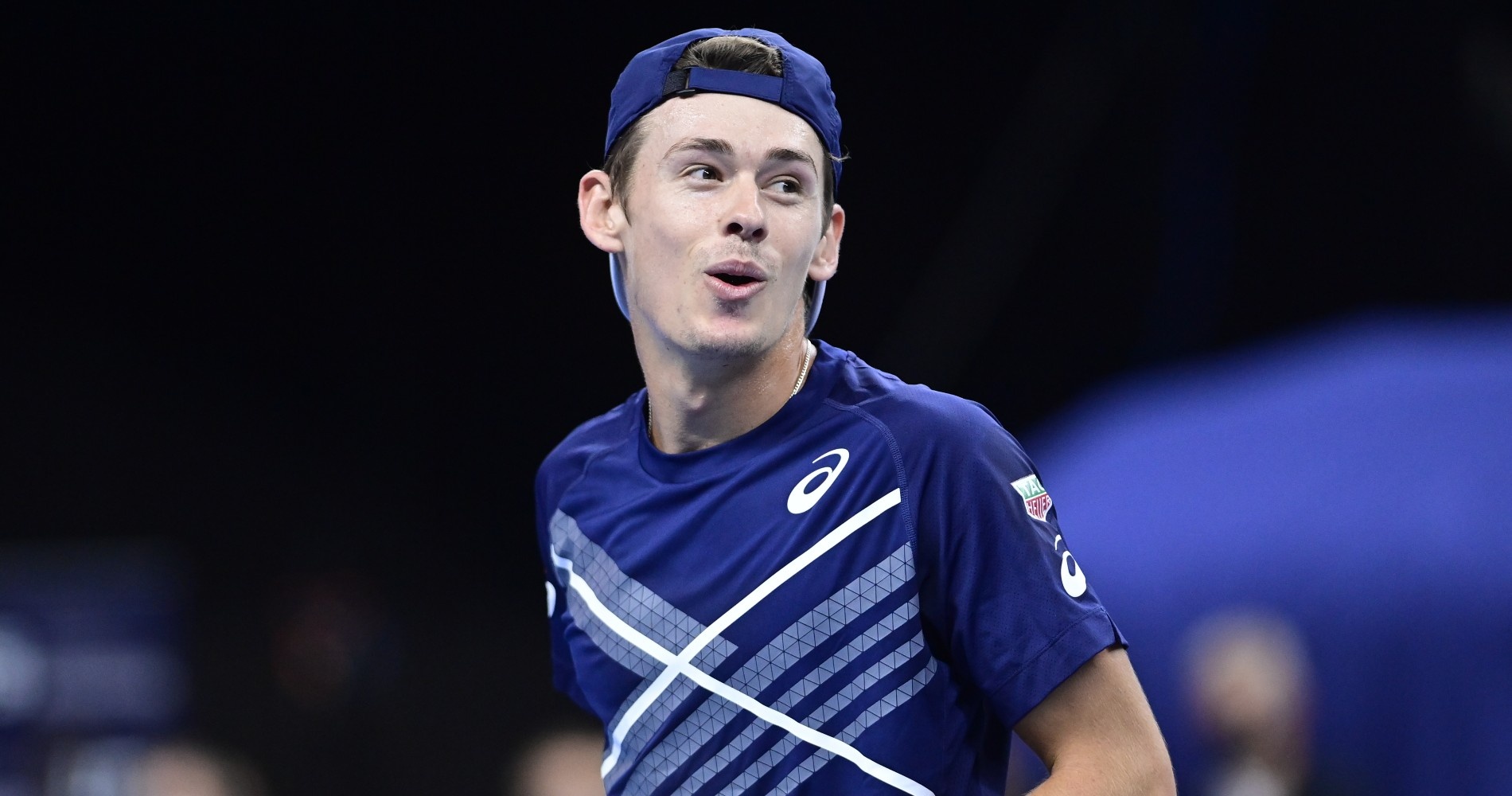 Dan Evans, “The Viper” was a little late in arriving for his UTS debut and he was playing catch-up right from the start against Alex De Minaur, who took to the innovative format of the Ultimate Showdown like a duck to water. The Australian, nicknamed “The Demon” was at his brilliant best, his incredible speed around the court getting him to balls Evans thought were winners, in enough time to flash past a winner of his own. After shading the first quarter, he ripped through the next three with no fuss to make the perfect start to his campaign with a 13-12, 23-9, 21-10, 20-13 victory.

The worst thing Pablo Andujar – “The Survivor” – could have wanted for his UTS debut was a warmed-up De Minaur and the Spaniard had no answer to the brilliance of the Aussie as he went the same way as Evans. The Demon stormed through the opening quarter, while Andujar had as much trouble remembering the rules – especially no-lets – as he did coping with De Minaur himself. The second and third quarters were closer as De Minaur showed signs of fatigue, but with 13 years on his opponent, the 21-year-old ran away with the fourth to make it eight quarters out of eight and take his place in Sunday’s final with a 23-5, 13-11, 17-13, 18-10 win.

Having both been beaten badly by De Minaur, this one always looked like being a closer encounter and so it proved as The Viper and The Survivor got to grips with the format and the conditions. Andujar led twice, after winning the first and third quarters, but Evans pinched the fourth by the odd point and then in sudden death, with neither man 100 percent sure of the rules, it was Evans who came out on top as he won it 14-15, 21-12, 16-17, 15-14, 4-2.