What, Who, Where, When: Upcoming Tennis Competitions and Invitationals

With Europe, in particular, beginning to relax Covid-19 restrictions and many countries coming out of lockdown, many top players are signing up for a number of invitational events in June and July, before the Tours return in August. 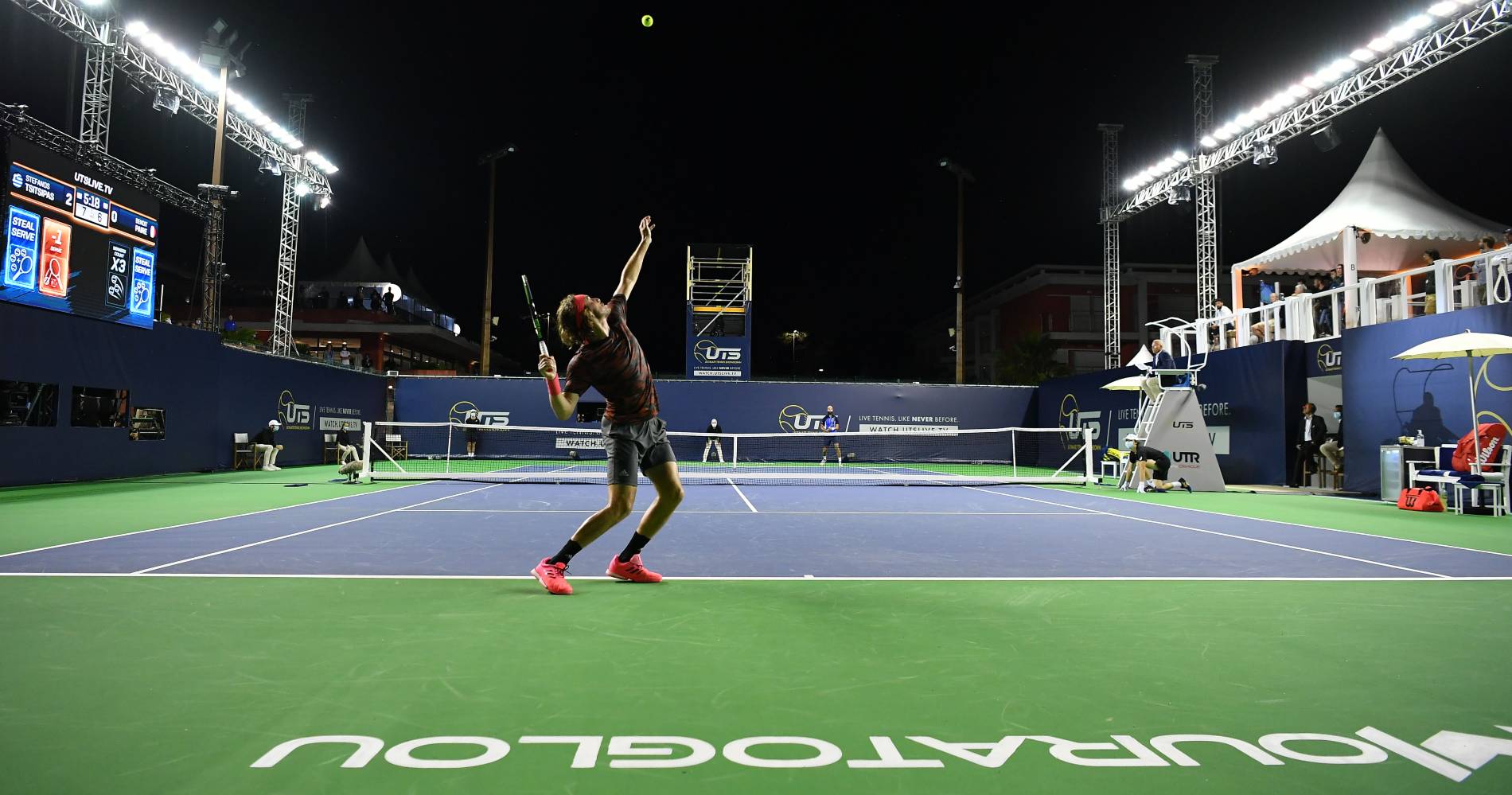 It is now official. ATP and WTA will be back mid-August and both the US Open and the French Open will be played. Two months remain still and most players will look to find back their form and do matches at new competitions and exhibitions. Here is a list of which ones are coming up, where, and who is going to play.

The competition started on June 14 at the Mouratoglou Academy in the south of France. The competition is not an exhibition and at continuing even when the Tours returns. Quarters, 15-second between points, UTS card: this brand new league features a lot of news rules. Players seemed to enjoy that and the first week-end proved highly entertaining.

The Ultimate Tennis Showdown is the brainchild of Patrick Mouratoglou and Alex Popyrin, the father of Australian player Alexei Popyrin. Designed to revolutionise the tennis experience and make the sport more attractive to young fans, it will consist of 10 matches on each of five consecutive weekends.

“I want players to be encouraged to show their emotions. I want coaches on the court, I want interaction with the public,” Mouratoglou said in an interview with Tennis Majors.

Social distancing rules will be in operation, with Mouratoglou also encouraging players to express their emotions and asking them to interact with coaches at changes of ends. It is envisaged that the UTS will be the first of many similar events, both this year and in the years to come.

World No 1 Novak Djokovic has been one of the most active players during the lockdown, coming up with the idea for the Player Relief Fund, and most recently organising The Adria Tour, an event to be held across four Balkan countries in June and July. The proceeds are going to humanitarian causes.

The competition started on June 13 with the Belgrade edition over two days on clay at Novak Djokovic’s club and saw interesting matches like Thiem vs Dimitrov and Zverev vs Djokovic. Dominic Thiem won the tournament.

There you have it, folks. @ThiemDomi is the first ever champion of the #AdriaTour. 👏

We are already enjoying the charms of this beautiful city that has welcomed us with open arms and can't wait to enjoy the matches of tennis aces on the courts of TC Višnjik! pic.twitter.com/QqhW7c3JhV

The return of Andy Murray

With no Wimbledon in 2020 and the entire grass-court season cancelled too, Britain’s Lawn Tennis Association is putting on six events across the summer to offer competition for the country’s top players. Former world No 1 Andy Murray will play in the “Battle of the Brits”, an event organised by his brother, Jamie Murray, with the singles event featuring the top eight-ranked British men and played on hard courts.

Schroders Battle Of The Brits!!

The Top 8 British Men’s Players and Top 6 Doubles Teams will battle it out over 6 days to be crowned “Best of British” Champion.

“This is the first time these guys have come together to compete against each other,” Jamie Murray said. “They have been trash talking about this for quite a few weeks now. They are looking forward to getting the chance to compete again in a cool event. Also just the chance to see each other. We have all been locked up in our homes and it will be nice to see some familiar faces and friends. They are all looking forward to it for a number of reasons.”

The name The Thiem 7
The concept Eight-man event, played over five days.
Who Dominic Thiem, Gael Monfils
Where Kitzbuhel, Austria
When July 7-11

Austrian Thiem is going to busy man over the next few months. In addition to playing in the Adria Tour, Ultimate Tennis Showdown and the Berlin invitationals, the three-time Grand Slam runner-up will host an eight-man event played over five days in Kitzbuhel. Gael Monfils is the first man to sign up alongside Thiem himself and expect some more big names to follow in the coming days.

Team tennis is back

Madison Keys and Bethanie Mattek-Sands will captain two teams for the inagural Credit One Bank Invitational, an event that will see 16 singles matches and eight doubles matches, with players calling their own lines and with only one ball boy or girl on court.

“The uncharted waters that we are currently facing calls for something completely fresh and new,” Mattek-Sands said. “It’s an absolute honour to be selected as one of the captains for this team event. We will fill the sporting world with hope again and show our gratitude and appreciation for all essential workers around the world, and especially in Charleston.”

A tale of two surfaces

Eight of the world’s top players will combine for a unique pair of events, playing on two different surfaces inside a week. Thiem and Zverev are the two highest-ranked men while Svitolina and Bertens headline the women’s field.

“I’ve been practising hard, but it’s going to be my first time playing a competitive event in a long time,” Zverev said. “It’s going to exciting to play on two different surfaces in seven days.”

*The official name of the event has yet to be confirmed