In the latest episode of Eye of the Coach, Patrick Mouratoglou assesses the progress of the rising star of men’s tennis, Carlos Alcaraz. 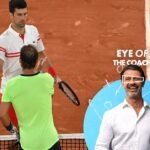 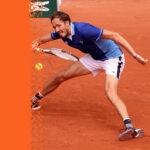 VIDEO: Fernandez queen of dropshot, Medvedev king of passing shot, the top 5 points of the third round at Roland-Garros
The figures

Carlos Alcaraz is chasing his first Grand Slam title at Roland-Garros this year – and his poise under pressure has impressed coach Patrick Mouratoglou.

In the latest episode of Eye of the Coach, the Frenchman praises the teenager’s second-round performance against Albert Ramos-Vinolas, where he saved match point in the fourth set.

And he wonders if multiple Grand Slam champions Novak Djokovic and Rafael Nadal will feel the burden of being heavy favourites against the up-and-comer.

0.13 – Patrick Mouratoglou is hugely impressed by the way Carlos Alcaraz has started at Roland-Garros in 2022. He describes the pressure of being a favourite at a Grand Slam as “incredible”.

0.21 – However, despite the pressure, he notes he’s been able to win “in very difficult conditions” – which shows “the character of the guy”.

0.43 – The coach says “the extreme majority of the players” who found themselves in Alcaraz’s position in the second round – match point down – would have lost.

1.07 – “If he ends up winning the Grand Slam, we will remember he faced a match point – it says everything about his character,” concludes Mouratoglou.

1.34 – Mouratoglou says the five-set format will currently favour both Novak Djokovic and Rafael Nadal over the teenager, as they have more experience.

1.47 – However, against Alcaraz, the pressure will be on them – “he will have zero pressure, and he will go full.”

To win Roland-Garros you need to be a five-set beast : what we know about them
tennis majors