The game is slower because of the balls, but not only – Eye of the Coach #23

In the latest episode of Eye of the Coach, Patrick Mouratoglou talks about the new balls being used at Roland-Garros and the different playing conditions at this year’s event. 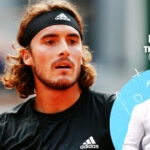 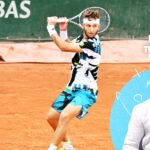 Like at the Cincinnati Masters, the US Open, and in Rome before it, the French Open is being played with almost nobody in attendance due to the COVID-19 pandemic. It is also, of course, being played in late September and early October instead of late May and early June. The difference four months make cannot be overstated. Throw new balls into the equation and conditions in Paris are completely different from what they used to be.

In the latest edition of Eye of the Coach, Patrick Mouratoglou talks about the these new conditions.

It’s not all about the ball

Having previously used Babolat balls, the French Open switched to Wilson this year. Players have indicated that the Wilson balls are much slower and heavier, making it difficult to hit them through the court. Dan Evans said following his first-round loss to Kei Nishikori that it was “tough to get that ball to go anywhere.” Evans said a lot more than that, too!

But the balls are not the only factor for the unique conditions.

“The balls are slower,” Mouratoglou noted, “but I don’t know how much it is because of the ball and how much it is because of the conditions. You can’t compare the conditions this year to what we’re used to having at Roland-Garros. The temperature is something like 10 degrees lower, which is a lot. You have some matches played at night; it’s never happened at Roland-Garros. We know that at night the game is slower. So, slower because it’s night; slower because it’s much colder; and slower because the balls are slower.”

Who is best suited to adapt?

Although a lot of players are upset about the ball change, conditions cannot be worse for everyone. It is true that traditional clay-courters who put tons of spin on the ball and spend most of their time on court many meters behind the baseline may not have as much success at this year’s French Open. More powerful players who hit the ball flatter may be the only ones who are capable of hitting this ball through the court and generating winners.

“If you hit a kick serve, you realize that the ball is at a very comfortable height for the one who is returning. So, some different types of players will have advantages — usually it’s the typical clay-court players because of the quality of their topspin; this year it’s going to be the players who are able take the ball early and are very powerful, because it’s much more difficult to hit winners because the game is so much slower.”