In episode #21 of Eye of the Coach, Patrick Mouratoglou speaks on Coco Gauff’s unsatisfactory result lately after her early exit at US Open and the 16-year-old’s development in WTA tour. 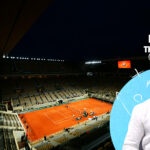 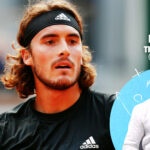 Gauff’s development has been under the microscope since she burst on the scene back in Wimbledon in 2019, taking down the likes of Venus Williams and Polona Hercog, only falling to eventual champion Simona Halep. However, her advancements have been halting lately — apart from making the semi-final at Lexington, it’s been a second-round exit in Rome against Muguruza, and two one-and-dones in Cincinnati and the US Open.

However, Mouratoglou does not think that the stunted progress is a particularly worrying sign, and the development will “reaccelerate soon.” He detailed a couple of reasons affecting her form of play, stemming from the sheer lack of matchplay during the pandemic.

With an ITF rule limiting her tournament entries even before the pandemic hit, it was hard for her to maintain her form as expectations have been high. She was then suddenly hit with a lengthy hiatus, which instilled uncertainty to all players who is on tour, but especially to Gauff where she was matching the level of play, but is definitely still easing in into playing on tour.

In the end, the young American is only 16 and when compared to most of her high-level opponents, their respective match experiences — which cannot be duplicated in practice and training — are still miles apart. She might be able to swing with the best of them, but she is still not a perfect player development-wise, and she needs to continue doing that and Mouratoglou is still high on her continuing making strides in her tennis career.

She will be returning to play her first Roland-Garros tournament and featuring at Court Suzanne-Lenglen against Johanna Konta on matchday one.