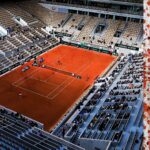 Roland-Garros one week later: Why do the French think it will change anything? – Match Points #27
Next 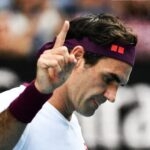 Roger Federer and Serena Williams are generally among the favorites at at any Grand Slam, regardless of the situation. That isn’t the case going into the 2020 French Open.

In the latest episode of Match Points, a three-time panel discusses the respective prospects of Federer and Williams at the upcoming French Open.

Former Wimbledon champion Marion Bartoli thinks that the two all-time greats are simply using Roland-Garros to prepare for future tournaments that they have a better chance of winning — such as Wimbledon, the Olympics, and the US Open.

“In the case of Roger and Serena, [playing Roland-Garros] is just to get something under their belt,” Bartoli commented. “It’s one thing to practice; it’s another thing to feel the stress and the pressure of playing a normal match. And as much as they have experience and how many matches they have already played, you still feel that stress when you go into the court and you have to compete. I think they want to feel that in their body before they go on their best surface.”

That may be a benefit of playing the French Open, but Ben Rothenberg thinks it also could be risky. The rigors of clay-court tennis — and in Federer’s case best-of-five scenarios — should not be underestimated.

“The risk you run, obviously, is to get injured on clay in a best-of-five or best-of-three in a Grand Slam pressure kind of match,” Rothenberg cautioned. “That’s a risk you take every time you step on the court, especially when you’re 39 years old. That would be the worst-case scenario for one of them: trying to peak on clay. Both would be very competitive; neither of them will be going down easily without a fight at a Grand Slam match. So you just sort of worry (about it) they can possibly overspend themselves,
just with the physical fragility that they’ve had — relatively, in the recent parts of their career.”

An eye toward grass

Simon Cambers agrees with Bartoli specifically on the subject of Federer. The Swiss is not really concerned with making a deep run in Paris or seriously contending for the title. He simply wants to get some match practice in before taking his talents to grass.

“I think it would be really hard for Federer (to go straight into grass) in particular after the two knee surgeries and the difficulty he clearly had in getting back in shape and back into a physical state
to be able to play at the top level again,” Cambers noted. “I think it would have been hard for him to go straight into the grass and expect to win. This way, I think he will fell he hit enough balls (and) done enough work on the court to feel that he can hit the ground running when the grass comes along.”