In Episode 18 of Match Points, Josh Cohen guides Marion Bartoli, Simon Cambers and Ben Rothenberg through a discussion on Roger Federer’s chances of snagging another Slam titles before his career ends. 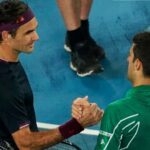 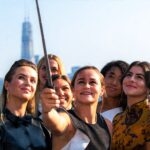 WTA: “The strength in depth is better now”, but not the overall level – Match Points excerpt
The figures

Roger Federer’s Grand Slam record was once seen as insurmountable, but his long-time rival Rafael Nadal finally caught up to the Swiss maestro at 20 with Novak Djokovic breathing down their necks at 17.

With Federer being significantly older than Nadal and Djokovic, the question now is does he have a shot to go for the record?

SW19 has been Federer’s stomping grounds as he has been triumphant on the grass throughout most of his career. The panel believes that should be his best shot to win, with Simon Cambers highlighting the importance for Federer to stay healthy up until that point and if he’s indeed fit, there are favourable odds for him to snag Slam No 21.

“I’m just going to go back to about 2008 which is the first time I wrote Roger Federer off, and it haunted me for a long time ever since,” Cambers says. “He’s proven time and time again that trying to work out whether he’s past it or still capable of winning Grand Slams is not a very wise move, because he can do it.”

Marion Bartoli says that Federer will need some time to shake off the rust in 2021. But once he does that, and if he stays healthy, she seems him having a brilliant shot at SW19 in 2021.

“If he is able to build up some momentum and some confidence he can win it,” said the 2013 Wimbledon ladies champion. “He was so close against Novak [in 2019], I think those two championship points are still haunting him, and I think he really has the game in his bag, if his fitness is good enough – it doesn’t have to be great , just good enough -to actually win there.”

Olympics could be a distraction

The elephant in the room, not just for Federer but for all tennis players, has to be injuries. Either one of the big three could see their late careers derailed with one more major injury, and Federer is coming off another lengthy break.

There’s also a scheduling disadvantage for Federer. Realistically, he might be looking at Wimbledon and US Open to be his prime opportunities, but he also would have his eye on the Olympics — hoping to add the elusive title to his trophy case. With the 2021 Tokyo Olympics wedged right between the final two Slams of 2021, that could pose problems of prioritisation for Federer.

“You have to remember that the Olympics is a big deal for Roger this coming year, in 2021,” Cambers said. “He would love to win that Olympic Gold medal, in a one-week shootout he can do that, but to do that he’s probably got to focus on it in that half of the year, so you are looking at up to Wimbledon and maybe the US Open might be too difficult for him.”