There were myriad moments of brilliance during the first two editions of UTS: high-quality matches, brilliant shots, explosions of temper, comedy moments and bizarre interludes … Here is the cream of the crop.

Brown’s magic, Moutet’s speed and Pavlyuchenkova’s touch: The 10 best points of UTS2
Next

One of the iconic images from the first weekend of competition: all players who participated in UTS wore a “Black Lives Matter” t-shirt when they entered the court. For each bonus card used, a donation of $50 was made in favor of the movement.

“The Tornado” is known for his hands. He offered the best of them on a consistent basis during both editions of UTS. He even tried a reverse underarm serve. It didn’t get him the point but he grabbed buckets of style points with shots like that.

It takes special talents to do what @corentin.moutet does here. And some extra creativity 🧐 — #instatennis #tennis #moutet #uts

13 – Coaching between Tsitsipas and his father

Between Stefanos Tsitsipas and his father Apostolos, it’s not always crazy love. UTS1 was another illustration of this: it was not uncommon to see the world No 6 showing indifference (to put it mildly); not responding to his father’s advice, or even removing his headset before the end of his remarks, as his father kept speaking.

“It’s UTS, he shouldn’t be talking. Do you think that’s normal? Obviously he’s your dad! Me, my coach doesn’t speak, he’s respectful!” Moutet pulled no punches as he railed against the father and coach of Stefanos Tsitsipas. And then he railed some more: “His father is stupid and everyone thinks so!”

Without a doubt the most beautiful pressure moment  in UTS. In the midst of sudden death against Corentin Moutet, Dustin Brown went to the net, as he often does, but the end of the point is what made this moment spectacular: a head first diving volley, and a winner! Dustin, the artist.

Now this is how you convert a match point! 🤯@DreddyTennis with the MIRACLE dive and… the WIN! #UTShowdown pic.twitter.com/N5nTJbVKYO

All eyes were on a 13-year-old girl, unknown a few weeks before. After scorching world No 54 Katerina Siniakova during an exhibition, Brendra Fruhvirtova participated in the first women’s UTS. Against Alizé Cornet, she showed a lot of game.

9 – The return of Dimitrov

Grigor Dimitrov was making his first appearance since the Adria Tour, where he tested positive for Covid-19. Sportingly, it was not a success: a victory, two defeats and an elimination from the semis. The Bulgarian, however, has not lost his talent for making hot shots or endearing himself to fans. 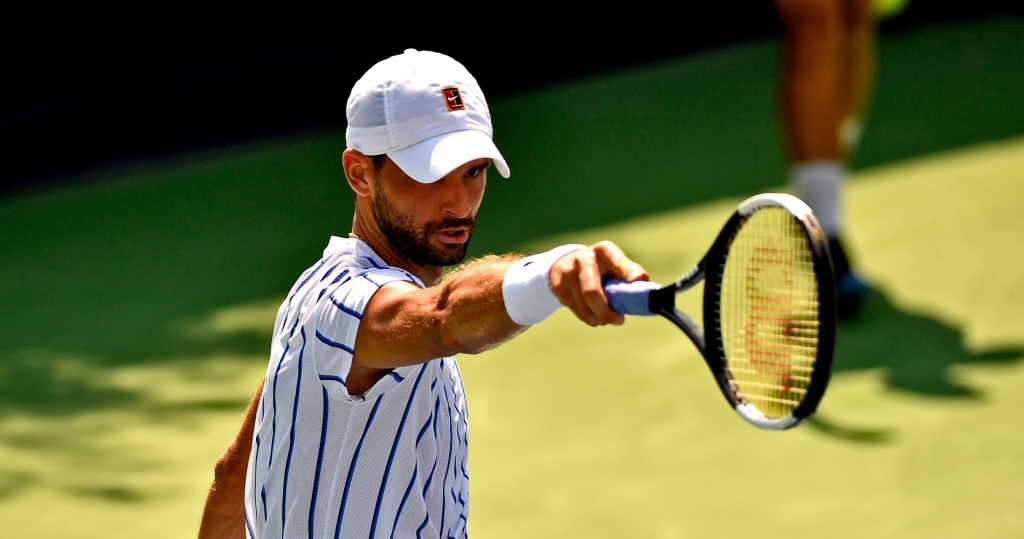 8 – The two sticks smashed by Moutet

Corentin Moutet broke his first rackets on July 4, against David Goffin. After two missed drop shots, he attacked his weapons of choice. “I’m going to break them all!” He said later. Several others were shattered during UTS. The man is truly a tornado.

7 – The songs of Tsitsipas

“I dream of doing Eurovision.” Stefanos Tsitsipas delighted commentators and viewers to songs from Justin Timberlake and One Republic. He undoubtedly has done well, in view of his voice, to orient himself towards tennis.

Tsitsipas: I’m gonna give you a Justin Timberlake rendition because remember, I’m his biggest fan.

“I’m getting screwed, it’s a Martian thing!” Alizé Cornet did not use her Gold card over the weekend, which was supposed to give her 40 extra seconds at the end of a quarter, if needed. The fault, according to her, was an injustice done by the referee at 11-11 of the second quarter in the final against Pavlyuchenkova.

The eruption is near 🌋😱

5 – The clash between Thiem and Tsitsipas

“The standard is so high!” The match between the two highest-ranked players in the tournament was sublime at times, and even better at others. The Austrian narrowly emerged victorious from this breathless duel. Tsitsipas’ first defeat at UTS.

4 – The abandonment of Paire against Moutet

Benoit Paire and Corentin Moutet were fighting over a ticket to the UTS2 semi-finals. But the heat got the better of the Avignon native. Exhausted, he left the court on his own at the end of the third quarter. The result: a 4-0 defeat.

3 – The change of ends between Paire and Gasquet

“He’s very good with girls. With girls he’s the best I know. He’s so good, he’s my teacher.” These words, were uttered by Richard Gasquet in an interview at the end of a quarter, intended for Benoît Paire. Answer: “He’s a liar.” So modest, Benoît.

“With girls, he’s the best I know. Pink hair, grey hair – he doesn’t miss. I’m the past and he’s the future.”@richardgasquet1 revealed a few inside secrets about @benoitpaire at the changeover… 🤣#UTShowdown pic.twitter.com/qK16xD8bKc

2 – Zverev and Pavluychenkova brandish the bolt together

“The Thunder” won the thunder of Zeus, having conquered the first women’s UTS title. She was accompanied on the stage by Alexander Zverev, winner of the UTS 2 final against Felix Auger-Aliassime. A poetic picture and the ultimate finish to UTS2. 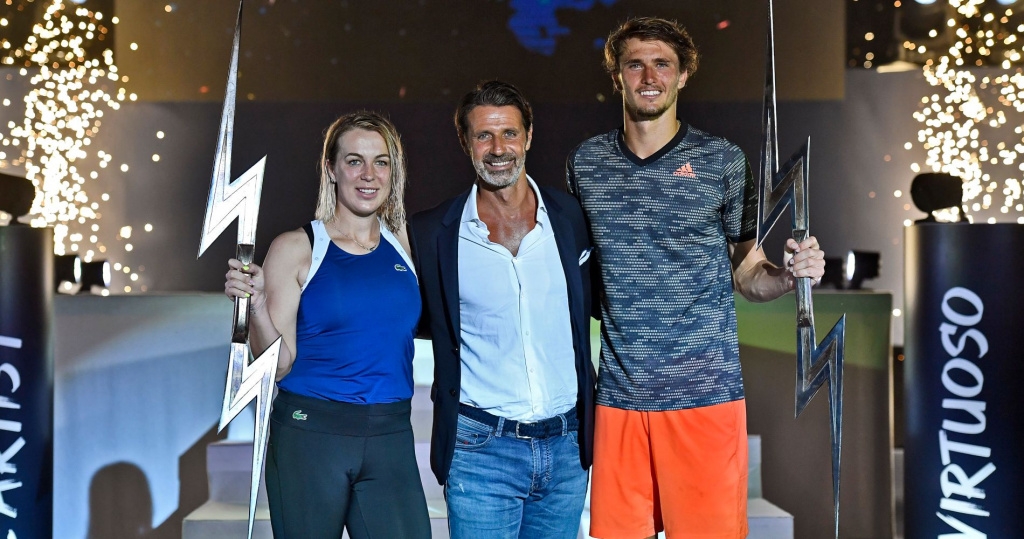 1 – Sudden death between Berrettini and Tsitsipas

Two top 10 players, face to face in the final of the first edition: Patrick Mouratoglou must have been delighted. Especially since the outcome was played in sudden death, and won by the Italian after two match points saved and two perfectly executed points, including a stunning forehand pass to finish.

The new King of UTS 👑

This moment will stay in the history books. Matteo Berrettini “The Hammer” becomes the first ever UTS champion. Here’s how it ended 👇#UTShowdown pic.twitter.com/3Nh0xcD0yH