The Eye of the Coach #3 allows Patrick Mouratoglou to give his first public words about Serena William’s surprising loss in Melbourne. 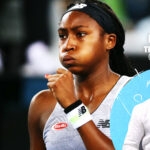 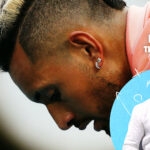 Players act like robots, Kyrgios does the opposite – The Eye of the Coach #4
The figures

Patrick Mouratoglou, Serena Williams’ coach, talks in this new “Eye of the Coach” about Serena’s defeat against Qiang Wang (6-4, 6-7, 7-5) in the third round of the Australian Open. The French coach cannot explain what happened on the court.

“Today was totally unexpected. We didn’t see that coming. Since 2020, she was playing well. She was moving well.”

Before today, Serena Williams was undefeated this year with 7 wins in 7 matches. In Auckland, she won her first title since 2017 and was impressive on the court. Since the beginning of the Australian Open, the American was in good shape. She beat Anastasia Potapova in the first round (6-0, 6-3) and Tamara Zidansek in the second round (6-2, 6-3). Moreover, Serena Williams won against Qiang Wang 6-1, 6-0 in quarter-finals at the last US Open ! But this time, the Chinese was the better player on the court.

“Incredible mentally-wise. After she lost the second set, serving for the match, a lot of players would have collapsed. She didn’t. Credits to her coach, Thomas Drouet.”

From the first point to the last, Serena Williams was not playing as usual, as aggressive. She wasn’t having a good day, committing 56 unforced errors throughout the match against the Chinese…

“From the first point, it was obvious compared to all the other matches. She wasn’t balanced during the shots. She wasn’t able to play as aggressively as she usually does. And she made a high amount of unforced errors. Tough match for her today. After she won the second set, the problems were still there. She was still moving slowly. She didn’t have all the keys.”

No 24th Grand Slam for Serena Williams, who won her last in Australian Open in 2017. But she doesn’t give up.