Patrick Mouratoglou thinks Andy Murray should take a leaf out of Roger Federer’s book and become more aggressive if he’s to extend his career. 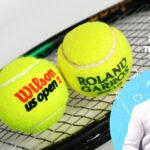 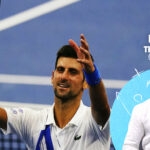 The Frenchman, who has coached Serena Williams to 10 of her 23 Grand Slam titles, says Murray has almost been the victim of his own success, with his style of play meaning he has to work harder than some others to win matches.

“He’s a hard worker. He has to work every point, every rally,” Mouratoglou says in the latest edition of “The Eye of the Coach”. “And this is the story of his career.”

Mouratoglou says it is Murray’s work ethic and style that has taken him to three Grand Slam titles, two Olympic gold medals, Davis Cup victory and the world No 1 ranking. The effort he made to achieve all those goals hurt in the end, with hip surgery in January 2019 looking as if it would end his career.

But the 33-year-old Scot is back, with a metal hip and still competing at a high level, having come from two sets down to win a gruelling five-set encounter at the US Open on Tuesday.

Mouratoglou: “You see how much energy he needs to win matches”

Mouratoglou says Murray may need to find a way to shorten points in future if he is to sustain his career.

“He’s getting older, he still wants to do well (but) he still needs to work as much as before to win the matches,” Mouratoglou says. “I think it’s going to be more difficult. And you see how much energy he needs to win matches. I’m not saying that he’s going to play five sets every every match, probably not. But even if he wins in three, it’s three painful, heavy sets with a lot of running, a lot of fighting, no easy match.”

“So maybe, for the future, if he probably wants to continue, he probably needs to think like Roger did, even though Roger has, of course, different tennis from him, but he thought how to shorten the rallies, how am I going to win Grand Slams against guys who are fitter in a way that they can play much longer. I have to find a way to shorten the matches, save my energy, and if I need to play five sets in the final, I will be able to. But if I have to do it two or three times or go into long matches, because the rallies are long, I’m not going to make it. So maybe Andy’s going to have the same thoughts and come with the same kind of strategy.”