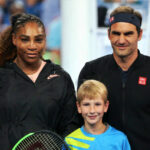 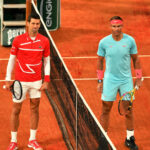 Match Points #28 : What to expect from Roland-Garros (besides a Nadal win and a Djokovic fight of course)

In the latest episode of Match Points, our experts Marion Bartoli, former Wimbledon winner in 2013, and journalists Simon Cambers and Ben Rothenberg discuss Aryna Sabalenka’s ability to win a Grand Slam, and whether it could happen at Roland Garros, especially after her fine performance in Madrid where she won the final against world No 1 Ashleigh Barty.

Cambers thinks the Belarusian still has a block when it comes to Grand Slams and is not yet ready to impose herself at the highest level on the women’s circuit.

“The massive, massive question mark is her performances in the Grand Slams, which have been, for her ability, poor. She gets very tight, she gets very stressed.”

Sabalenka has no plan B in her game: Bartoli

When it comes to Grand Slams, Aryna Sabalenka has never reached a single quarter-final. Her best results are two round of 16 appearances at the US Open in 2018 and the Australian Open in 2021. Apart from a possible mental block, one of our experts thinks the world No 4 lacks different weapons in her game, enabling her to adapt in a tough situation on court.

“In Grand Slams, when you have to win seven matches in a row, you have to be able to have some sort of changing plans, or be able to adapt to the conditions, or to the player in front of you or just to a bad day. I don’t think Aryna has that in her game yet. But she can improve, obviously there is room for improvement!” Marion Bartoli explains.

Her appearances are much anticipated in Grand Slams, especially at Roland-Garros this year after her great performances in 2020 (titles in Doha, Ostrava and Linz) and this season (titles in Abu Dhabi and Madrid), but Aryna Sabalenka hasn’t yet delivered. When the expectations rise and the attention is on her, the Belarusian struggles.

“It’s a different mental level being at a Grand Slam and having days off in between. There’s all the attention and hype. Sabalenka, especially, has really won almost all her tournaments away from the spotlight. She won a bunch of titles, but none of them are the most famous tournaments,” analyses Ben Rothenberg.