Home » News » Wimbledon » “I played one of the best matches of my life”: Barty relishes her Wimbledon semi-final performance

“I played one of the best matches of my life”: Barty relishes her Wimbledon semi-final performance

Although Ashleigh Barty needed only two sets to beat Angelique Kerber in the Wimbledon semi-finals on Thursday, the margins were small. Barty’s success on the big points was the biggest difference. 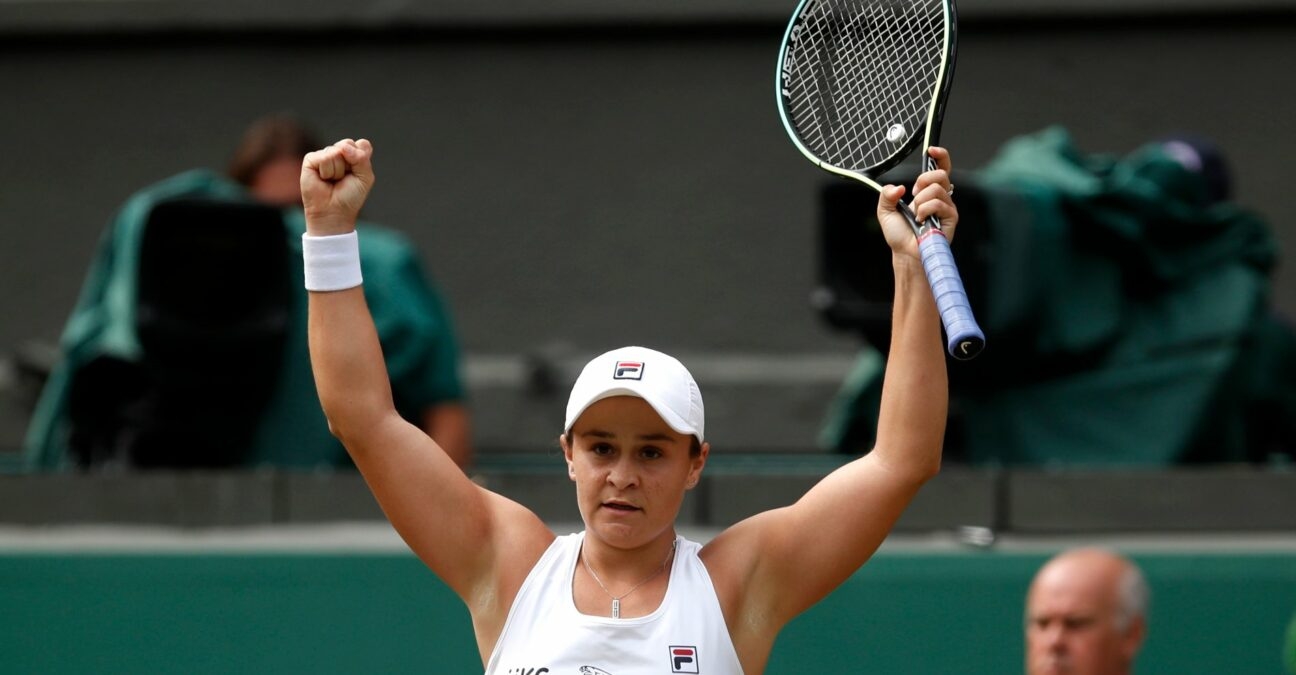 Ashleigh Barty beating Angelique Kerber to reach the Wimbledon final is not exactly a surprise. After all, Barty is the No 1 player in the world; she was expected by many to get this far.

But the way in which she went about reaching her first-ever final at the All-England Club was especially impressive. Barty finished with 22 more winners than unforced errors (38 to 22), she out-aced Kerber eight to zero, and she won 10 of 14 net points en route to a 6-3, 7-6(3) victory. The 25-year-old also won an amazing 88 percent of her first-serve points.

“This is incredible,” Barty said during her on-court interview. “This is as close to as good a tennis match as I’ll ever play. It was a hell of a match right from the first ball. Now I get a chance on Saturday to live out a childhood dream…. Playing in front of a crowd like this on this beautiful court, there’s absolutely nothing better. Being able to play the last Saturday here at Wimbledon is going to be the best experience ever. ”

The top seed’s opponent will be Karolina Pliskova, who overcame Aryna Sabalenka 5-7, 6-4, 6-4 in the second semi-final. 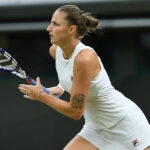 Barty too good when it counts

Barty will likely have to be at her best again versus Pliskova, a huge hitter who can be especially dangerous on grass. In match that can expected to have very few breaks of serve, there are likely to be a lot of pressure-packed moments.

Those were the areas in which the Aussie excelled on Thursday. She talked afterward about her ability to come up with her best tennis at the most important times, attributing it to being able to suppress thoughts of what’s at stake and instead focus on the enjoyment of just being out there and being in the fight.

“I think it’s all about the moment; it’s all about taking it in; it’s about enjoying it,” Barty explained. “I think when you’re playing in a big match like that, of course there’s a lot on the line. It’s also very easy for me to fall back on the fact that this is a game of tennis. There are obviously so many things that I do, and kind of I work so hard behind the scenes with my team to try to put myself in these moments, but it’s also really important to enjoy the moments.

“I think I was really able to enjoy myself today right from the start. I had a lot of fun; that was a focus of mine. I wanted to go out there and enjoy playing against Angie in such an incredible moment, and regardless of the result walk off the court knowing that I enjoyed it, I had fun, and I kind of gave it a crack and gave it my all. That’s all that I was going to ask of myself today. To be able to bring a level of tennis like I did was kind of the cherry on top.

“That match was a great level — the best level I’ve played in quite some time. I think Angie is an incredible competitor. She brought out the best in me today. I think being able to challenge myself against a champion like her, it was just nice to play a really good level throughout the whole match.”