Every day, Tennis Majors takes you back in time to relive a tennis event which happened on this specific day. On July 6, 2008, Rafael Nadal beat Roger Federer to win Wimbledon and become the first man to win Roland-Garros and Wimbledon in the same year since Bjorn Borg in 1980 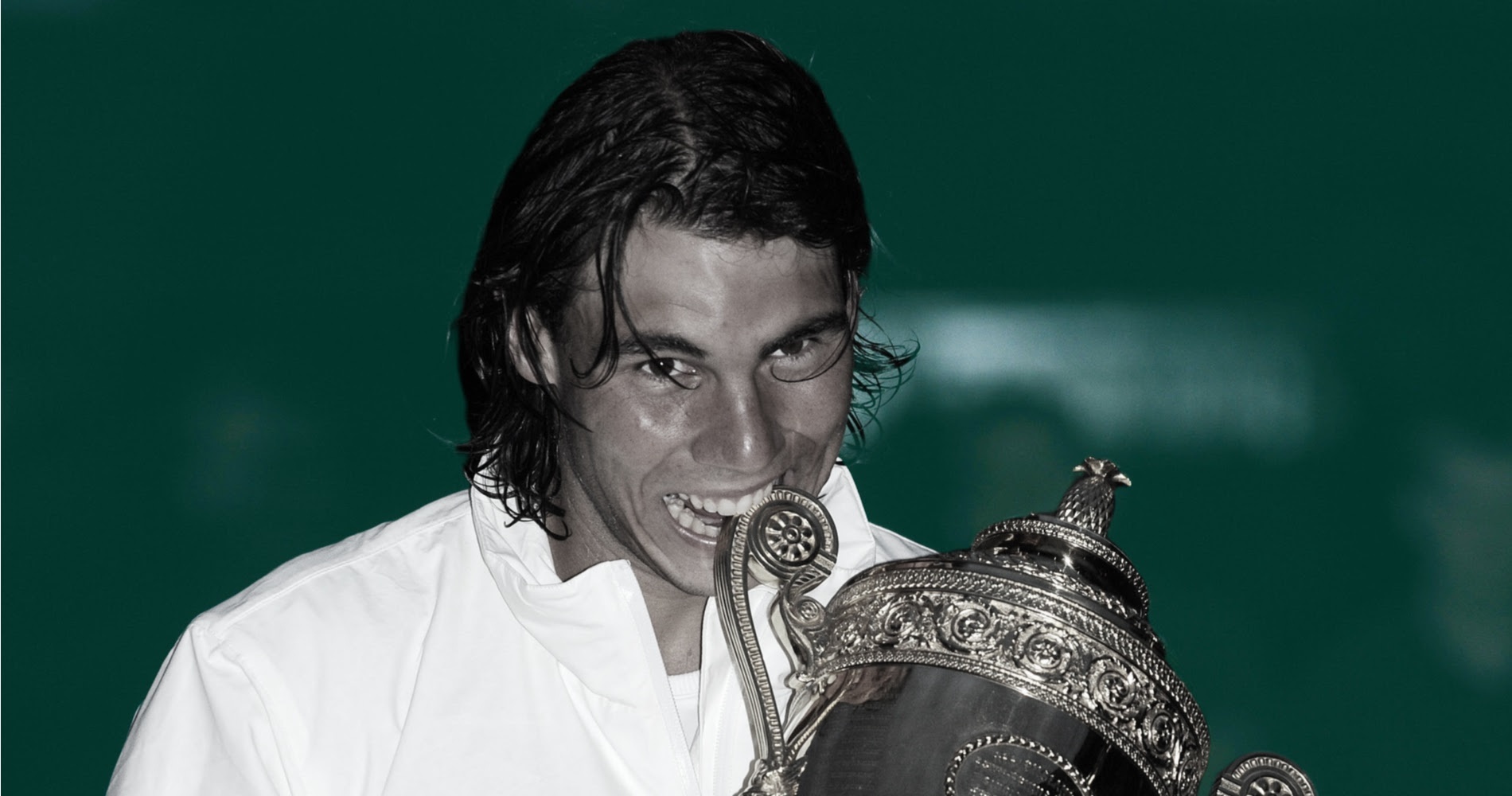 On this day, July 6, 2008, Rafael Nadal became the first player to triumph at Roland-Garros and Wimbledon consecutively since Bjorn Borg in 1980. To achieve that feat, he beat his rival Roger Federer in the most dramatic of their numerous encounters, after four hours and 48 minutes of play, 6-4, 6-4, 6-7, 6-7, 9-7. This match is considered by many observers as one of the greatest of all time. Winning against Federer at Wimbledon, a few weeks after he had punished him in the final of Roland-Garros, propelled the Spaniard to the world No 1 spot a month later. As for the Swiss, who was aiming to beat Borg’s record of five consecutive titles at the All-England Club, losing his Wimbledon crown was the most painful moment of his career.

Rafael Nadal was only 23 but his achievements had already secured him a spot in tennis history. World No 2 since the summer of 2005, he had already claimed 27 titles, including four Grand Slam crowns. He remained undefeated at Roland-Garros; since his first appearance in 2005, four times had he participated, four times he was the champion. No one had even managed to push him into a fifth set there. Besides, not only was he considered almost unbeatable on clay, having lost only two matches since his loss against Igor Andreev in Valencia, in April 2005, but he had now made his game more aggressive in order to triumph on fast surfaces. As early as 2006, he had already reached the final at Wimbledon, defeated by Federer (6-0, 7-6, 6-7, 6-3). A year later, in 2007, he was edged out by the Swiss in the final round again, this time after pushing him into a fifth set (7-6, 4-6, 7-6, 2-6, 6-2). In 2008, he had been more impressive than ever at the French Open, where he destroyed Federer in the final (6-1, 6-3, 6-0). Aiming for the Wimbledon title, as well as for the world No 1 ranking, the lefty decided not to take any break after his victory and he attended the Queen’s Club Championships a couple of days later, where he claimed his first title on grass. The warning was sent.

Roger Federer, the Swiss genius, age 26, had been world No 1 without a break since February 2, 2004. Since 2003, he had won 12 Grand Slams – the Australian Open (2004, 2006, 2007), Wimbledon (2003, 2004, 2005, 2006, 2007) and the US Open (2004, 2005, 2006, 2007). In the past two years, 2006 and 2007, he had claimed 20 titles including six Grand Slams, two Masters Cups and six Masters 1000s. During these two seasons, he scored a record of 160 wins and only 14 losses, six of these against his only serious rival at the time, Nadal. The Spaniard was the main reason Federer hadn’t won the French Open yet, beating him three times in the final, in 2006, 2007 and 2008. The 2008 final had been a massacre, Federer winning only five games in the worst Grand Slam stampede of his career. The experts started to wonder if the Maestro was starting to decline. The Swiss had been unexpectedly defeated already in the semi-finals of the Australian Open by Novak Djokovic (7-5, 6-3, 7-6), and for the first time since 2003, he arrived at Wimbledon without even having claimed a Masters 1000 title. The stakes were high for him at the All England Club, as Nadal was now seriously chasing him for the world No 1 ranking. Federer desperately needed to triumph at Wimbledon to save his season. The rivalry between Nadal and Federer was considered as the greatest in tennis history, to the point where it became the very image of the sport.

Wimbledon is the oldest and the most prestigious tennis tournament in the world. Held by the All England Lawn Tennis and Croquet Club since 1877, it moved into its current location in 1922, the same year when the Centre Court was built. Considered by many as the most intimidating court in the world, with its famous Rudyard Kipling quote above the entrance (“If you can meet with triumph and disaster and treat those two impostors just the same”), the Centre Court had seen the best players of all time competing for the title. After the US Open switched to clay and then hard court in the 1970s, and after the Australian Open switched to hard courts in 1988, Wimbledon remained the only Grand Slam tournament to be played on grass, a surface that is usually more suitable for serve and volley players. Not only did Wimbledon keep its surface, but it also maintained old-fashioned traditions such as the white dress code.

The 2008 Wimbledon final was the 18th episode of the Nadal-Federer rivalry. So far, the Spaniard led 11-6, but most of their encounters had happened on clay, where he was almost unbeatable. On grass, Federer had prevailed against him in the two previous finals in London, quite easily the first time, in 2006, and after a five-set contest in 2007.

On this day, July 6, 2008, the final showdown between the two tennis superstars was under high scrutiny. The previous year, the Spaniard had been close to upsetting Federer to claim the title at the All England Club. A few weeks before, Nadal had slaughtered the Swiss in the French Open final, and, after he claimed the title at London’s Queen’s Club, the idea that the King of Clay could triumph on grass did not seem crazy anymore. Meanwhile, Federer had suffered from mononucleosis at the start of the year, and so far his season was not even close to his usual standards. He had still won the tournament in Halle, on grass, to boost his confidence before trying to win a sixth consecutive Wimbledon crown and break the record he shared with Borg.

Both players had reached the final without much trouble. Federer had not dropped a single set on his way while Nadal had only lost one, in the second round, against Ernests Gulbis (5-7, 6-2, 7-6, 6-3). In the two first sets, it appeared that, after their last encounter in Paris, Nadal had a hold on Federer. The Swiss had lost his serve only twice during the entire tournament but Nadal broke him at his second attempt. Unusually nervous, shouting “shut up” to a spectator, Federer was not his true self, while the Spaniard, pumped-up, was applying his classic strategy: hitting to his opponent’s backhand and fighting for every point as if his own life was at stake. Although he would deny it for years, Federer would eventually admit the impact of the Roland-Garros catastrophe: “My problem was that I had lost in the French Open finals a month earlier against Rafa in a terrible way. He crushed me. He blew me off the court.” Rafael Nadal took the first two sets, 6-4, 6-4. Then, when Federer led 5-4 in the third set, an 80-minute rain delay gave him the opportunity to settle down and get himself together: “I believe that that rain delay probably woke me up. I said: ‘If we’re going to go out of this match, at least you’re going to go down swinging.’

Meanwhile, Nadal, getting close to victory, got nervous. Federer won the third set, 7-6 and a new match began. In the fourth set, the level of play kept increasing on both sides of the net, and only an extraordinary tiebreak could decide the outcome. Although Nadal took the lead 5-2, Federer clawed his way back. Nonetheless, Nadal obtained a first championship point at 7-6, but Federer dismissed it with a service winner. Then followed two incredible points, at such an important moment. First, Nadal hit a stunning forehand passing shot to earn himself a second match point; then, after Nadal had moved toward the net, Federer hit a backhand passing shot out of this world to stay in the match. Two points later, the Swiss sealed the tiebreak 10-8. The crowd were in for a fifth set.

Most players would have collapsed after being so close to victory. Not Nadal. If Federer wanted to beat Borg’s record, he would have to fight for every single point. At 2-2 in the final set, another rain delay occurred, this time to the benefit of the Spaniard. The players came back at 8pm and, as they could not break each other’s serve, the game went on until darkness started to fall upon the All England Club. At 7-7, the tournament referee stated that only two more games could be played before the match had to be postponed. That was the moment chosen by Nadal to break Federer’s serve. The Spaniard served for the match with new balls. At 0-15, he followed his serve to to the net for the first time in almost five hours! At 40-30, Federer saved a match point again, thanks to a return winner, playing with Rafa’s nerves. The fourth match point was the one for Nadal; with Federer netting one last forehand, he became the new Wimbledon champion. Given a standing ovation, he could enjoy being the first player to triumph at Wimbledon just four weeks after claiming the French Open title since Borg 28 years earlier. After shaking Federer’s hand, he climbed into the players’ box to hug his parents, and of course his lifetime coach and uncle Toni.

A devastated Roger Federer would tell the media at his press conference. “Probably my hardest loss, by far. (…) I’m disappointed, and I’m crushed. (…) He played a super match, and I’m sure it was a great match to watch and to play, but it’s all over now. I need some time. (…) This is a disaster. Paris was nothing in comparison.”

The Swiss champion, who would concede the world No 1 spot to Nadal in August, would recover from this heartbreaking loss and, in September, he would claim his fifth title at the US Open, defeating Andy Murray (6-2, 7-5, 6-2). In 2009, he would suffer such a painful loss in the Australian Open final against the Spaniard, that he would not be able to hold back his tears during the trophy ceremony. Later that year, though, he would finally triumph at Roland-Garros to seal his career Grand Slam, beating Robin Soderling in the final (6-1, 7-6, 6-4), before reclaiming his Wimbledon crown as well as the world No 1 spot. 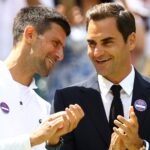 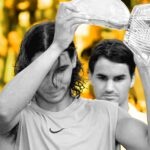 May 14, 2006: The longest match of Nadal and Federer’s amazing rivalry
tennis majors 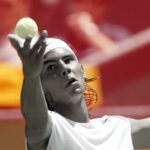 March 28, 2004: The day Roger Federer and Rafael Nadal kicked off their rivalry with a stunning upset win for the Spaniard
tennis majors
Share this story
Facebook Twitter Linkedin Whatsapp Email