Nick Kyrgios confirms he has a pain in the right shoulder, but he manages it with painkillers and a resilient mindset. 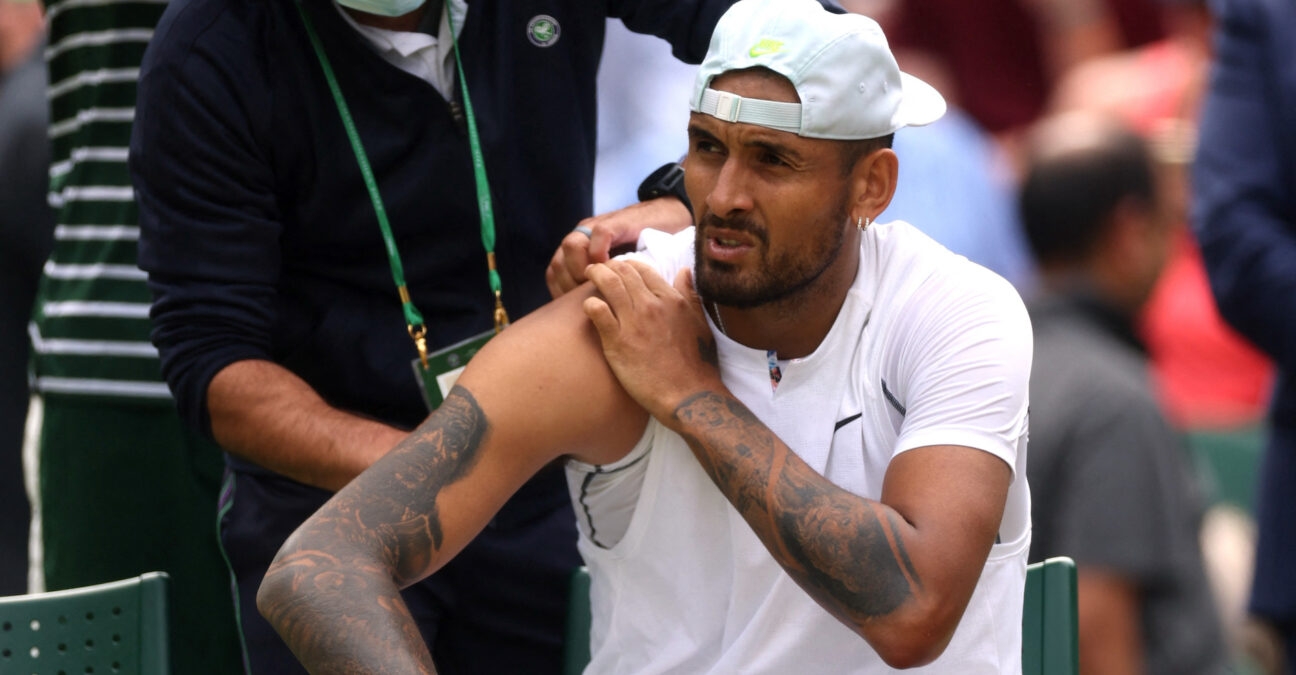 Nick Kyrgios was manipulated by the physio during his five-set victory against Brandon Nakashima on Monday at Wimbledon. His right shoulder didn’t allow him to serve 100 percent but the Australian didn’t seem too worried about this injury after the match.

“I woke up after (the match against) Tsitsipas and had some shoulder pain,” said Kyrgios.

“I’ve played so much tennis in the last month and a half, so I almost knew that it was time for my body to start feeling some niggles. I think that’s normal. At this time in the event I don’t think anyone is feeling 100 percent. Obviously Rafa, you see him dealing with something niggling all the time.”

“It’s just something I manage,” Kyrgios continued. “Mentally I feel like I just deal with these things a lot better now. Mentally I stayed quite calm, you know, knowing I wasn’t able to serve full out for the whole five sets. Obviously I had to take painkillers.”

Nakashima said that he didn’t notice any noticeable difference in Kyrgios’s shots.

“I could see he was still serving fine, still ripping the ball from the baseline. I tried not to think about it too much. I saw he was taking some medical timeouts, getting treatment on it. But it didn’t really affect me too much.”

Asked: “Do you think it affected him?” Nakashima replied: “I don’t think so, really. I don’t think it was that big of an injury.”

Kyrgios’ next opponent is Cristian Garin.