The American started thinking of Wimbledon the minute he woke up from surgery three weeks ago. On Day 4 at Wimbledon, he powered through five sets to reach the third round. 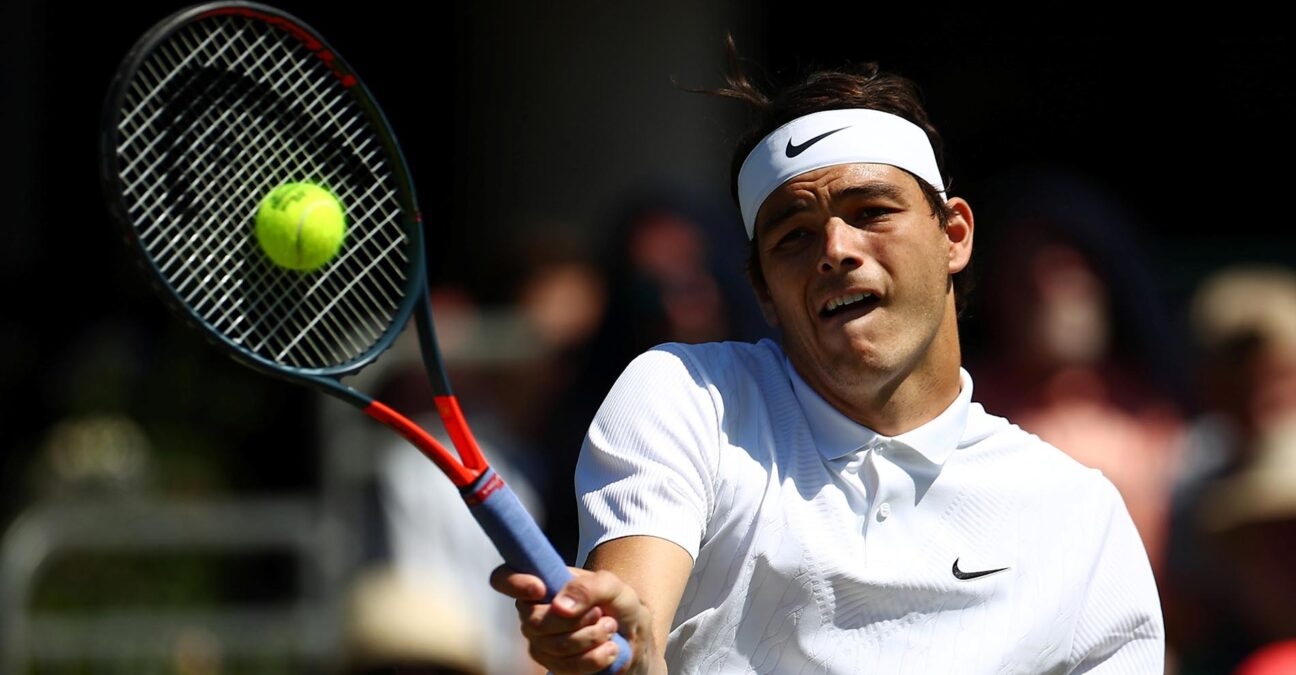 American Taylor Fritz has had to move mountains just take his place in this year’s Wimbledon draw. Now that he’s here, he’s enjoying a crazy ride.

On June 3rd, 23-year-old American had to leave the court in a wheelchair at Roland-Garros after falling to Germany’s Dominik Koepfer in four sets, and a few days later he would go under the surgeon’s knife to have his damaged right meniscus cleaned up.

He remembers, at the time, thinking his 2021 season was shattered.

“I knew whatever I did at French Open was – it was bad,” he said on Thursday at Wimbledon. “Because I honestly, I didn’t want to get a wheelchair off the court, but I couldn’t even stand. I tried to stand up. I couldn’t stand. I looked at my team, and I said, ‘Guys, I could be done for a long time.’ Because I have never had anything that felt like that. I heard it pop, you know. I heard it go. 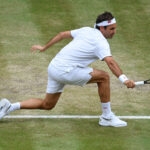 Today, remarkably, Fritz is back up on his feet and working his way through the men’s singles draw at the All England Club. On Thursday he edged compatriot Steve Johnson, 6-4, 7-6(4), 4-6, 6-7(4), 6-4 to book a third-round clash with Germany’s Alexander Zverev.

That’s nine sets of Grand Slam tennis in two days’ time. All of it with a black sleeve covering his right leg. Fritz said he tried to find one in white to comply with Wimbledon’s all-white dress code, but when he couldn’t he was granted medical exemption.

From the operating room to Wimbledon

The story of Fritz’ Wimbledon began the moment he woke up from his surgery. He had learned from his medical team that if the repair wasn’t extensive he’d be looking at a four to six week recovery period, and in his mind he was already believing that he could trim “four to six” to “three.”

“First thing when I woke up, I was loopy from the anesthesia, and the first thing I said was, ‘Did he repair it or did he snip it?'” Fritz told reporters on Thursday in a virtual press conference. “They said, ‘He snipped it’. Immediately from then on I was just thinking, like, Wimbledon – everything I can possibly do to be here.”

If it had been a “repair” rather than a “snip”, Fritz was looking at six to eight months off the court, but he dodged the bullet and immediately went to work on rehab.

“I did everything you could possibly do to rehab,” Fritz said. “Three four hours a day rehab, low-inflammation diet and I got lucky: the swelling was like half of what it normally would be, and the surgery was super easy. It was a four to six week recovery but I was able to do it in three.”

“Maybe this crazy run can continue”

Fritz is on the cusp of a breakthrough at Wimbledon, where he will seek to reach the second week at a major for the first time in his career. He has fallen short six times at this stage of a major since the 2018 US Open, and was asked if he felt that there might be some magic on his side of the court because of all that he has gone through to get to this point.

“Whatever happens, happens,” Fritz said. “I have already done more than I think myself or anyone else expected. You know, taking everything into account. I just played 9 sets in the last 26 hours, three weeks out of a knee surgery.

“It’s all positives, no matter what happens. I’m just going to go out there and go for it. Maybe this crazy run can continue. I don’t see why not, you know. I’ve got a day to recover, so use that the best I can. Yeah, the knee is feeling good. You know, no reason to stop.”