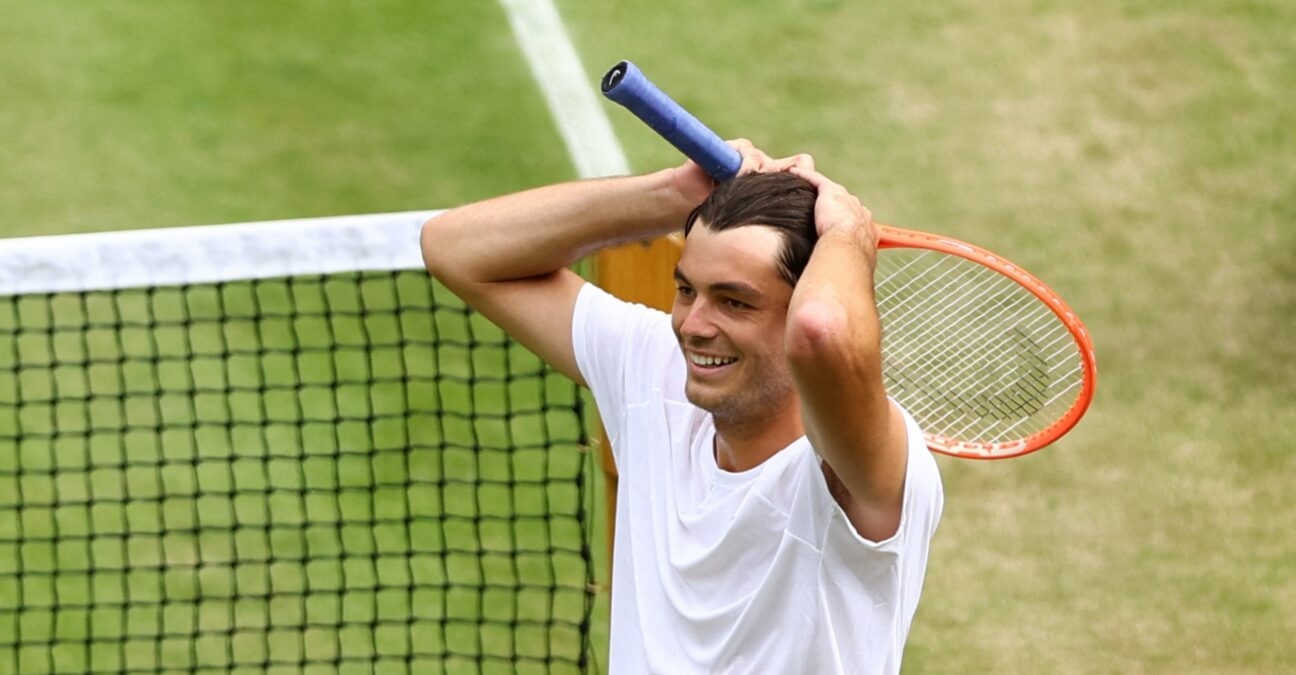 Taylor Fritz of the U.S. celebrates winning his fourth round match against Australia’s Jason Kubler (AI/Reuters/Panoramic)

Theoretically, that shouldn’t be too scary a prospect. He played the Spaniard in the final of Indian Wells earlier this year, and won 6-3, 7-6 (5) – albeit with Nadal carrying an injury.

And the American will use that experience to prepare himself for their match on Wednesday.

“I’ve kind of been in these moments before, like, Indian Wells semi-final, Indian Wells final,” he told journalists after beating Jason Kubler 6-3, 6-1, 6-4. “I’d say probably it feels about the same as like a Slam quarter-final. Obviously [Wimbledon is] three-out-of-five sets. I think it makes the occasion bigger if I am playing Nadal.

“But I try to just approach it like how I did last time, treat it like any other match because I’ve been playing well. It’s about kind of just replicating the way I’ve been playing and trusting that that will be enough.”

Fritz – Three weeks ago was a low point for me

But just three weeks ago, the 24-year-old was very low on confidence.

“It’s so interesting because three weeks ago, it was a low point for me. I kept telling myself that I’ll find my tennis. I had to just kind of keep being positive. I was injured, coming back from injury, not playing great. I kind of just remained positive, stuck to, like, the process of working really hard, doing the right things.

“The week of Eastbourne things kind of started clicking for me. Now it is crazy to go from where I was at maybe mentally after Queen’s, like feeling injured, I’ve just lost like three matches in a row, to now I’m in my first Slam quarter-final.”

And facing Nadal, he knows he won’t be the favourite.

“I feel like decision-making [against a top seed] is easy. I don’t really second-guess shots like I would if I’m playing someone that I’m supposed to beat. I might think like, ‘Should I go for this, should I play it safe?’ Against someone like Rafa, it’s easy to always make the aggressive decision and kind of, like, play freer.

“I’ve been this whole tournament playing people that I guess on paper I guess I’m supposed to beat. That’s honestly always tough because it’s tougher to play those matches than to play the ones where maybe you’re not the favourite. You can be a lot more freer.

“I know I’m going to have to bring a certain level. Just knowing that I will have to play a certain level, I know that I will play better. It’s going to be a lot different match obviously. Indian Wells was kind of crazy with both of us being extremely beaten up before the final. This time I think getting healthier versions of both of us, we’ll see.” 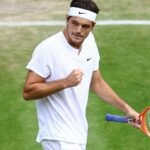 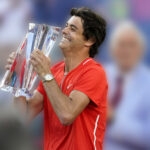