There have been many classic Wimbledon finals over the years, but some battles we hoped to see never came about. 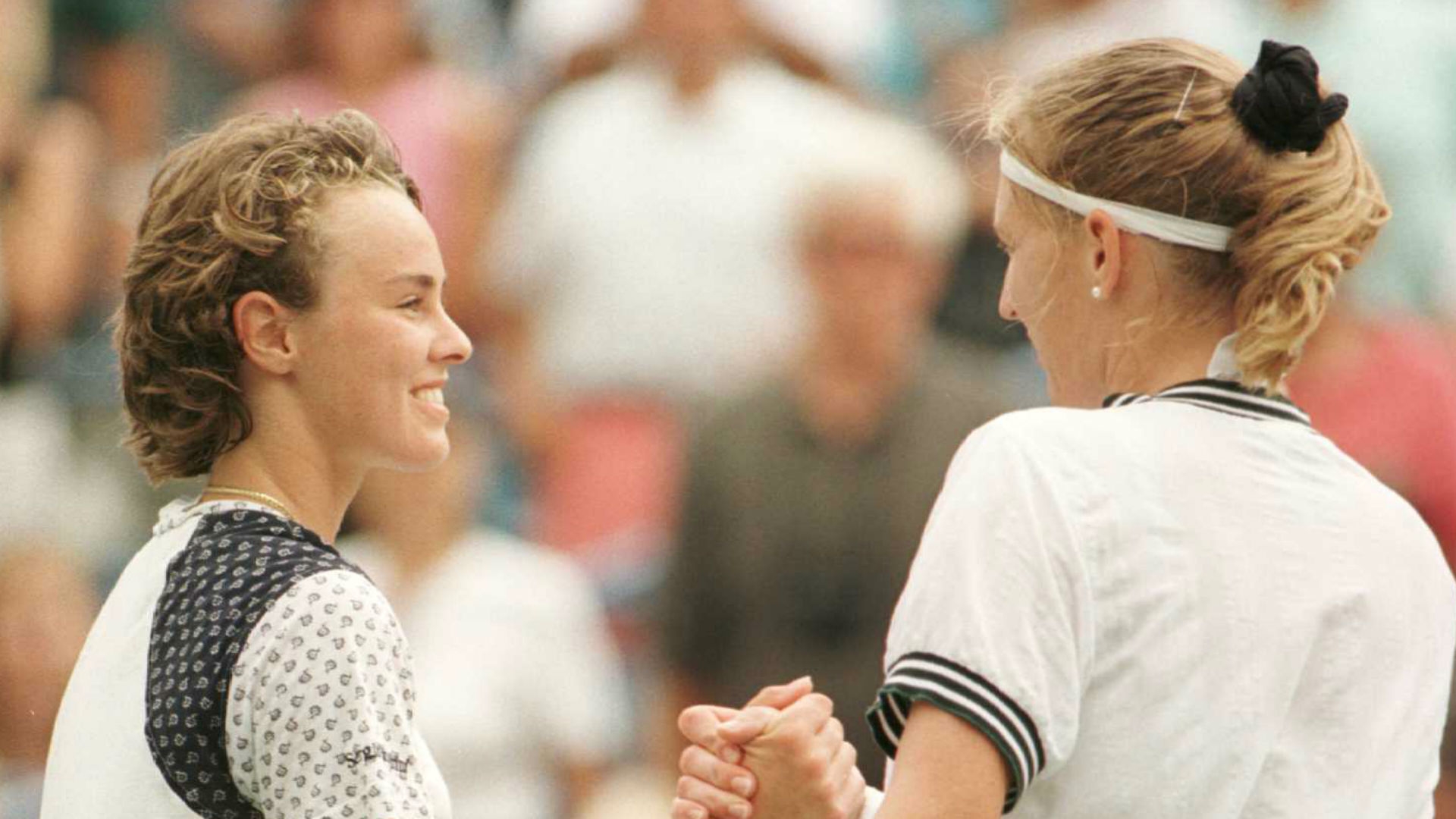 Tennis lovers worldwide should have been licking their lips in anticipation of the Wimbledon finals this weekend.

Centre Court crowds and millions watching all over the planet have been treated to classic finals over the years, but there have also been showdowns that many would have expected to see that never transpired.

While there was no 2020 grass-court grand slam this year due to the coronavirus pandemic, we look at a selection of finals that never occurred at the All England Club for one reason or another.

It will be worth the wait…

Graf and Hingis met twice at SW19 but the latest round in which they did battle was for a place in the quarter-finals.

German legend Graf was unable to go for a third consecutive Wimbledon title in 1997 due to injury and it was Swiss sensation Hingis who lifted the Venus Rosewater Dish for the first and only time, defeating Jana Novotna.

Novotna gained revenge by dumping Hingis out at the semi-final stage 12 months later after Graf – 12 years older than Hingis – was beaten by Natasha Zvereva in the third round.

Hingis never went beyond the quarter-finals after that, while in 1999 Graf fell to Lindsay Davenport in her last appearance at a tournament she won seven times. 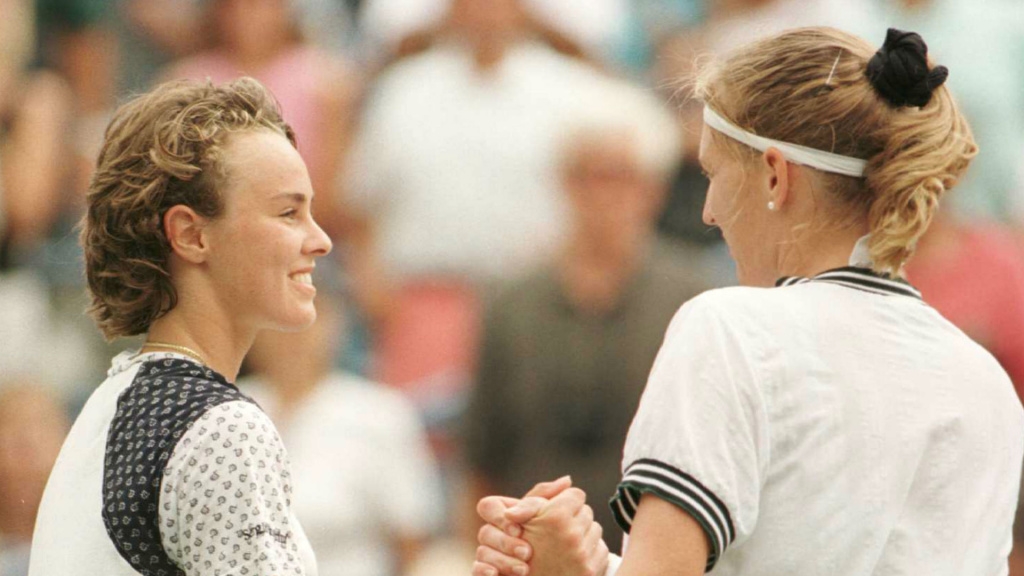 McEnroe and Becker have shared a commentary box at Wimbledon, but they were never on the opposite side of the net in a final.

A packed crowd would have most certainly been on the edge of their seats to watch two of the most colourful characters in the sport throw everything at each other in pursuit of major glory, but it was not to be.

The closest it came to materialising was in 1989, when American legend McEnroe was denied a place in the final by Stefan Edberg.

Becker beat Edberg in the final to take the title for a third and last time. They may well have met in a final if McEnroe had not missed the 1986 tournament due to taking a break from the sport or suffered a back injury the following year.

Belgium would have surely come to a standstill if Henin and Clijsters had graced Centre Court in a final.

Henin won seven grand slam titles before retiring in 2008 aged only 25 and although she made a comeback in 2010, the former world number one called it a day again the following year as she struggled with an elbow injury.

She quit as a two-time Wimbledon runner-up, while Clijsters – who announced she was making a surprise comeback last year – has never reached the final at SW19.

Semi-final appearances in 2003 and 2006 are as far as Clijsters has been at Wimbledon, and it is a great shame the four-time major singles winner and her compatriot never contested a battle of Belgium for one of the biggest prizes in sport at the peak of their powers. 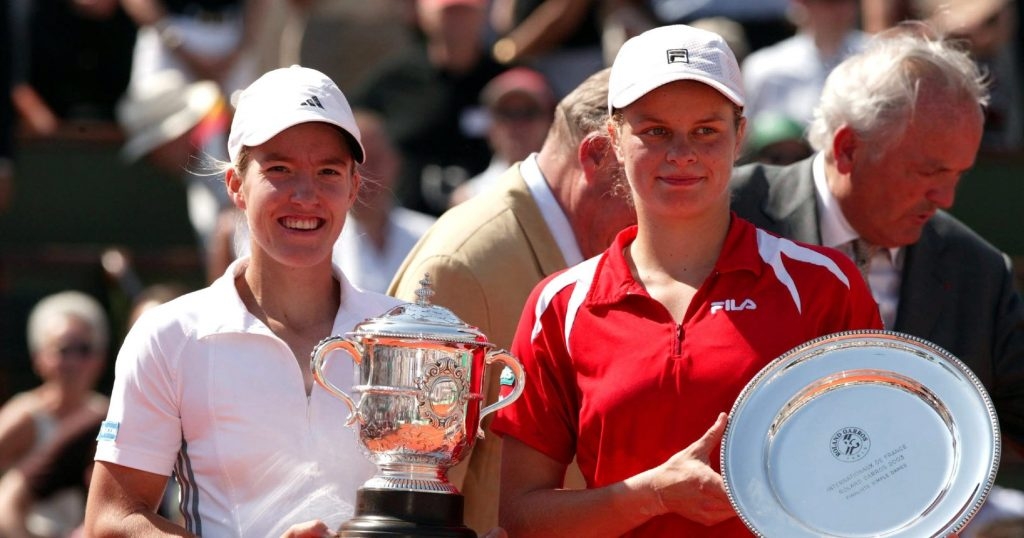 There have been 24 matches contested by Murray and Nadal, with three of those staged at Wimbledon.

Nadal broke the hearts of Murray fans by beating him on each occasion at his home grand slam, twice in the semi-finals and once in the last eight 12 years ago.

You have to go back to 2011 for Spanish legend Nadal’s last appearance in a Wimbledon final, while Murray was crowned champion four years ago but has not played in the tournament since 2017 due to career-threatening hip injury.

While a fit-again Murray is hoping to work his way back to the top and Nadal remains a huge force, time is not on their side and it appears unlikely they will be opponents in a Wimbledon final.