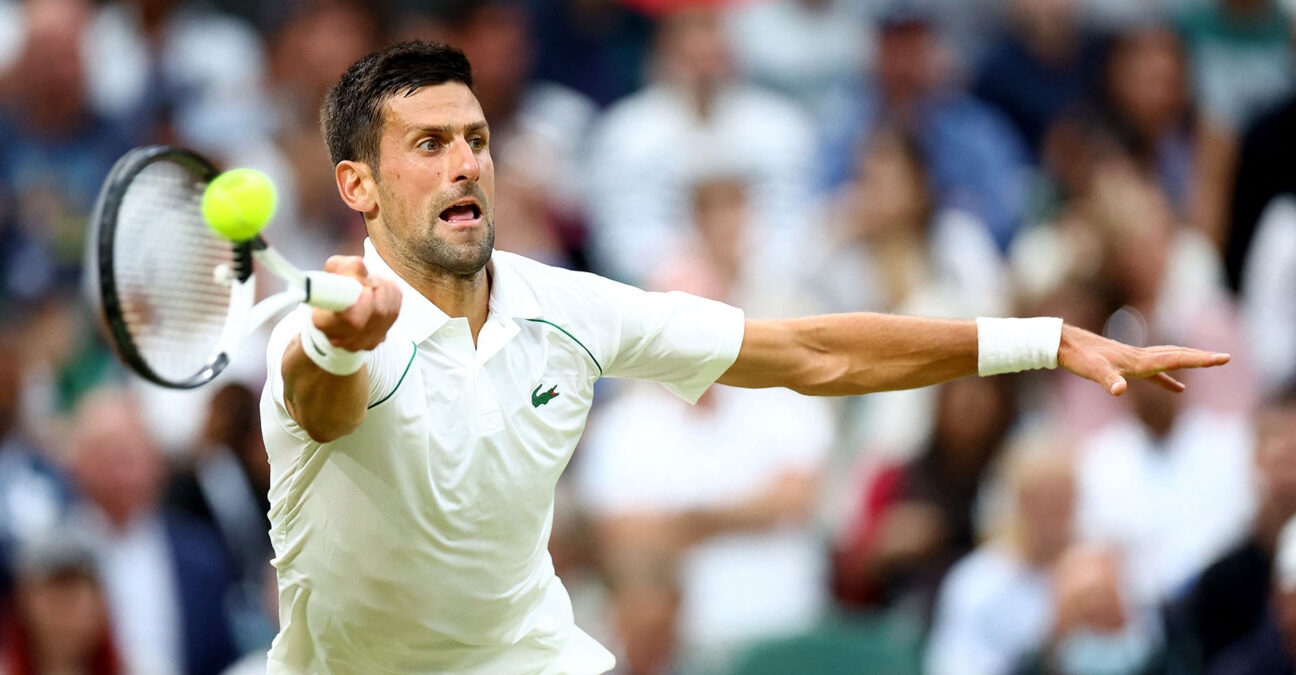 Van Rijthoven’s remarkable grass season comes to an end. The 25-year-old won his first ATP match last month at ‘s-Hertogenbosch, and went all the way to the title, where he defeated world No.1 Daniil Medvedev in the final.

At Wimbledon the Dutchman stretched his winning streak to eight matches (wins over Delbonis, Opelka and Basilashvili), but he ran into a brick wall on Sunday as the Serb pushed him in every stage of the game.

Djokovic engineered six breaks of serve and won 12 of the final 15 games after he dropped the second set.