A mental block for Serena at Grand Slams? “We are looking for the solution” (Patrick Mouratoglou)

Serena Williams will make her comeback on clay in Rome in mid-May to prepare for Roland Garros, where she will have another chance to equal Margaret Court’s record of 24 Grand Slam titles. To achieve that goal, she will have to take a psychological step, according to coach Patrick Mouratoglou, who believes that the repeated failures of his player in recent slam finals are ‘an additional adversary’. 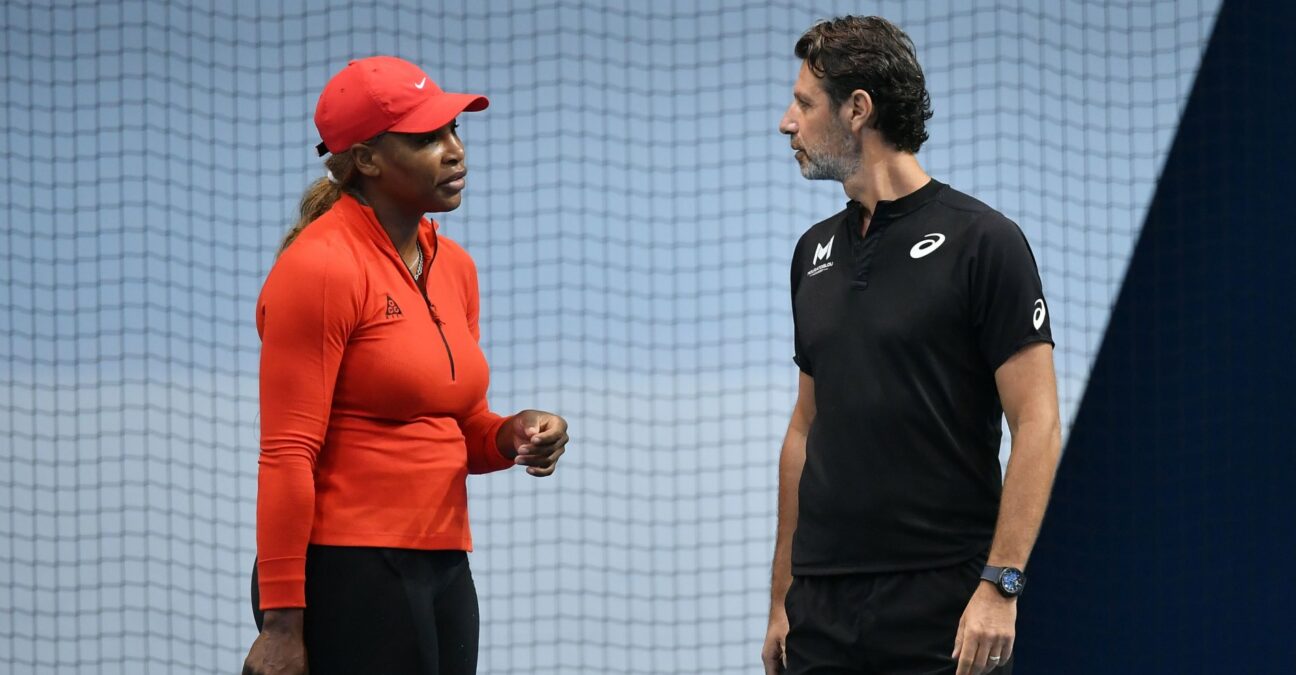 Serena Williams has not appeared in official competition since her loss in the Australian Open semi-finals to Naomi Osaka (6-3, 6-4) in February. After withdrawing from the Miami tournament due to dental surgery, the American has yet to start her clay-court season. She should make her return to competition in Rome, according to her coach Patrick Mouratoglou.

Interviewed on the subject by L’Equipe last week, Mouratoglou said Williams is expected to play in the Italian tournament, where she is a four-time champion. “There, we’re going to have three intense weeks on clay,” explained Mouratoglou, in preparation for Roland-Garros, the second Grand Slam tournament of the season. These meetings are obviously the priority for the 39-year-old, in search of a 24th major title to equal the all-time record held by Margaret Court.

Roland-Garros is probably the Grand Slam that Williams has the lowest chance of winning at this stage of her career. It is the only Grand Slam Williams has won less than six times in her career (three) and clay is the least suitable surface for her game, especially with the weight of the years taking their toll on her movement. Williams has not won Roland-Garros since 2015 and has not even passed the round of 16 in her last three appearances at Porte d’Auteuil.

But a good run in Paris could help her prepare for her big goal of the season: Wimbledon, where Williams has already won seven titles and where she has the best chance to add a 24th major to her record. She has been chasing Court’s record since she gave birth to her daughter Olympia, in November 2017, and has often reached the finals of Grand Slams, only to fall at the final hurdle four times, and another two times in the semis.

“Since becoming a mom, Serena has played four Grand Slam finals. The level is correct, we will say, but it is true that she does not win them any more,” conceded Mouratoglou. “There is a little history, in general. This history is an additional adversary. It’s a fact.”

Mouratoglou doesn’t understand what happened to Serena in Melbourne

Mouratoglou’s whole mission is thus to mentally free his player, to help her avoid bending under the weight of the pressure and the story she wants to write. For him, the troubles were more mental than physical in Australia in February, when Williams lost her semi-final to Naomi Osaka in Melbourne.

“Everyone could see she was very sharp,” he said. “Since having had her daughter, this was the moment when she was the most fit. It was a big disappointment that she was off her game against Naomi. There have been times when she had made semis or finals in Grand Slams where she was not completely ready, but she was in really good form there. So, yes, we are looking for the solution. “

They must collaborate from a distance at times, since Mouratoglou spends most of his time at his Academy, in Sophia-Antipolis, in the South of France, when Serena Williams is based in Florida. But this particular situation does not worry the French technician.

“With the Covid, we don’t see each other often. But we know each other by heart. I have daily reports of her sparring, she films workouts and sends them to me. It works well like that. It’s not ideal, but who can say that they are functioning ideally in times of Covid? Communication between us is fluid. We saw that in Australia and it’s a very good example because I wasn’t able to be there for the preseason. We had fifteen ultra-efficient days together.”

They will still have to maximize their time spent together, until mid-July and the final at Wimbledon. With the dream of winning that elusive 24th Grand Slam title still burning brightly.