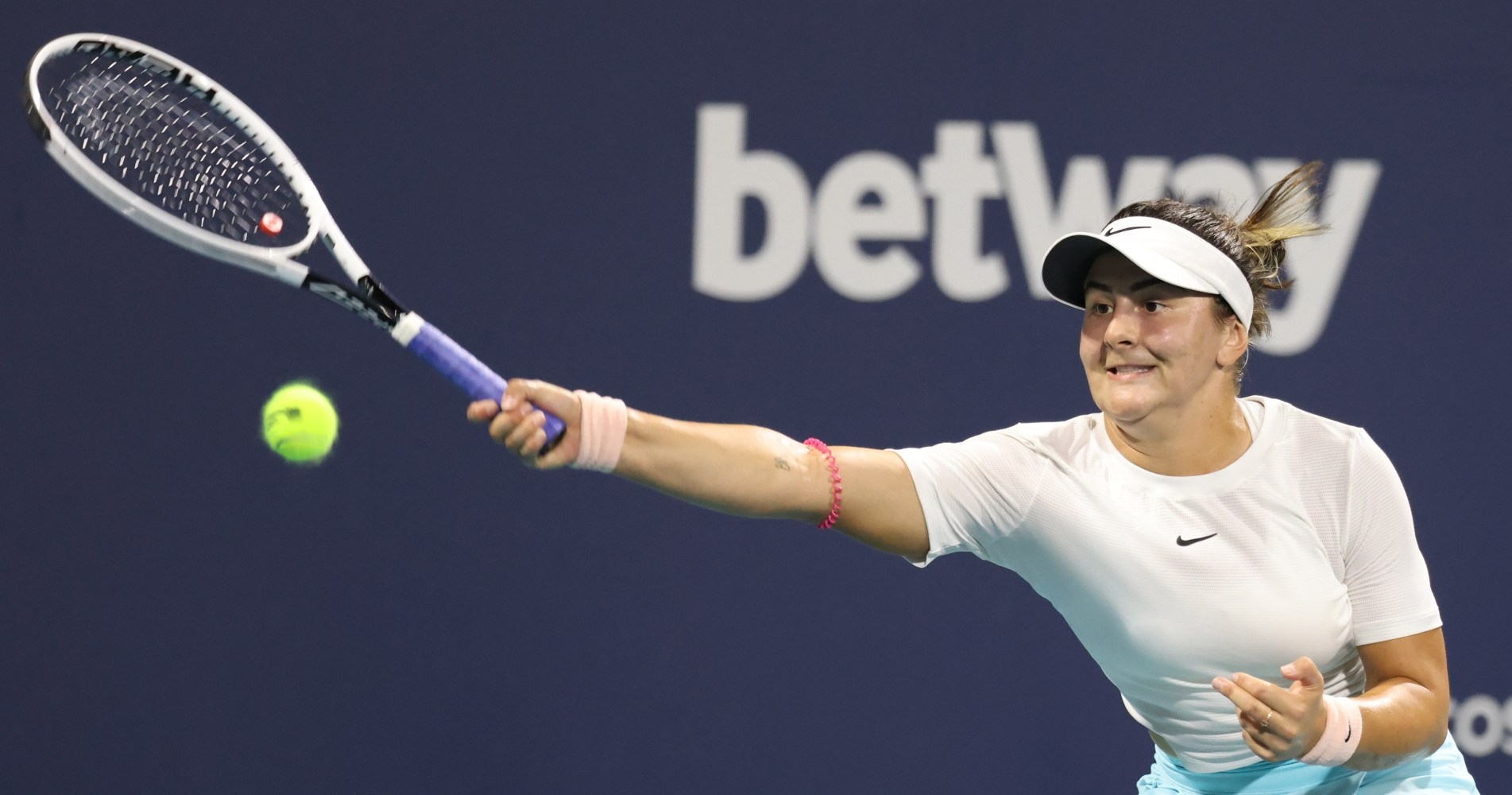 Former US Open champion Bianca Andreescu advanced to the semi-finals of the Miami Open on Wednesday evening after a hard-fought 6-4, 3-6, 6-3 win over Sara Sorribes Tormo.

Andreescu will take on Maria Sakkari on Thursday for a spot in the Miami Open final. Top seed Ashleigh Barty faces Ukraine’s Elina Svitolina in the other semi-final.

Sorribes Tormo, who had won 12 of her last 13 matches coming into this encounter, started the match on a strong note going up a double-break and leading 3-0. The Canadian, who is competing in only her third event of the year after missing the entire 2020 season, stormed back to win six of the next seven games, and win the set 6-4.

The second set saw eight service breaks. After the first seven games went against serve, Sorribes Tormo finally held for a 5-3 lead and broke the Canadian again to level the match at one set apiece.

In the decider, it was Andreescu who got the early break and moved to a 5-2 lead, before she was able to win 6-3 and complete the victory in two hours and 36 minutes.

“Girl, you can run. You’re crazy” – Andreescu to Sorribes Tormo

Andreescu’s match stats showed she hit 42 winners along with 42 unforced errors while the Spaniard had a ratio of 17 winners to 21 unforced errors. While that may indicate that Andreescu was dictating the match, the reality was very different as the Canadian herself acknowledged in her post-match comments.

“She doesn’t give you pace at all. Those high, heavy balls, you really have to generate your own. That consists of a lot of leg power, arm power, you’re putting your all into it. Because if you just give, like, a ball with nothing on it, she’s going to take advantage of that,” Andreescu said as quoted by the WTA Tour.

“That’s what I told her at the net. I was, like, ‘Girl, you can run. You’re crazy.’ I told her that she played amazing and that we’re gonna be seeing a lot of you. She just said, ‘Thank you and good luck.'”

Canadian to meet Sakkari in the Miami Open semi-finals

Andreescu will next take on Greece’s Sakkari for a place in the Miami final on Saturday. The two have never faced off on the WTA Tour and this will be their first career meeting. Sakkari defeated second seed Naomi Osaka in straight sets in the first quarter-final of the day.

“I watched a little bit of that match. She played really well. Like, she was just dominating right from the start. Naomi wasn’t quite there,” Andreescu said while looking forward to her semi-final clash.

“But she’s coming off a great win. I mean, I’m coming off a pretty great win too. I’m sure she’s very confident, and I have watched her play many, many times so I kind of know what to expect, but obviously it’s different once I step out there.”